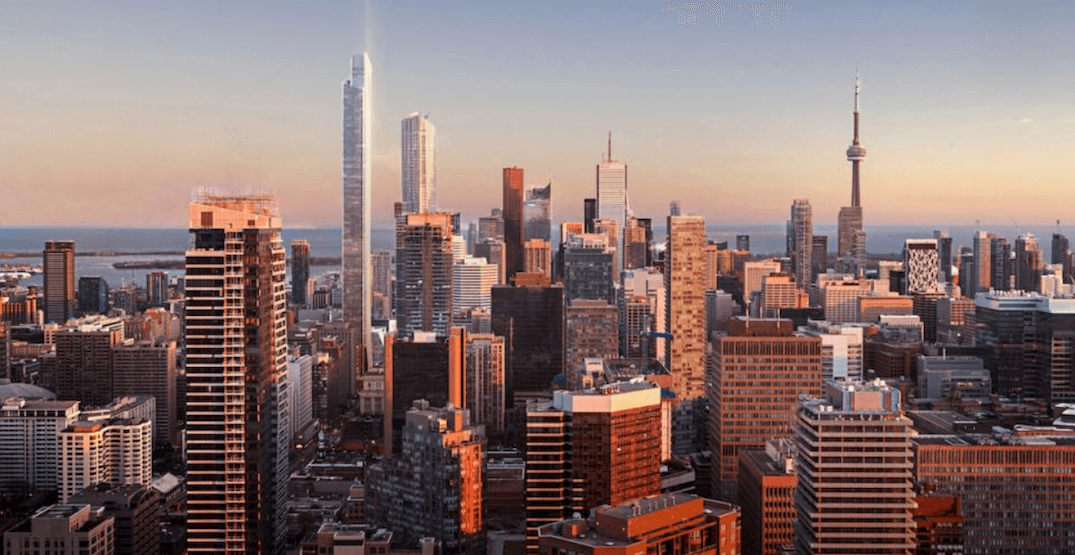 A proposed 98-storey mixed-use development in Toronto could be Canada’s tallest building, if it gets approved.

The development, located at Yonge Street and Gerrard Street East, would include ground floor retail and office space, a residential lobby leading to the condos, as well as an underground parking garage.

The site consists of an assembly of eight properties with municipal addresses of 363- 391 Yonge Street and 3 Gerrard Street East, according to Cresford, who purchased the site from Kingsett and is working on the original application filed in April 2015 with a new design direction.

According to the original Planning Rationale, the proposal is complimentary to the changes that are being implemented on adjacent sites, as well as the improvements to the public realm along this stretch of Yonge Street.

“A unique mixed-use development will contribute positively to this exciting transformation,” states the Rationale. “Retail space at grade, below and above, will be woven through and connected with heritage facades creating a pleasant pedestrian friendly public realm and shopping experience.” 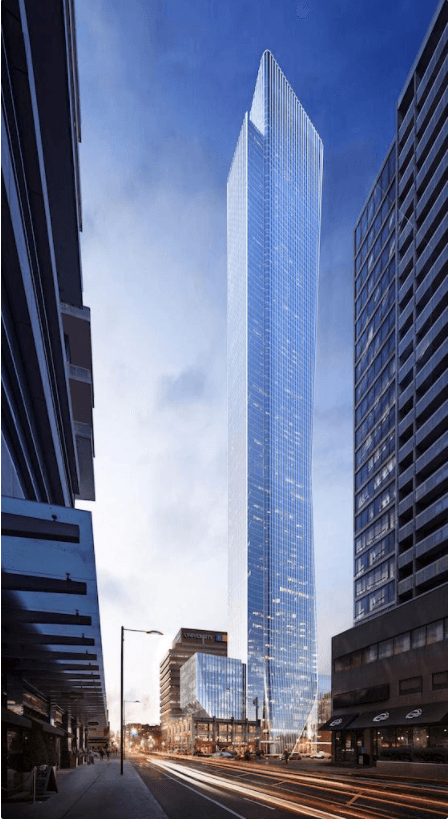 Developers anticipate the reduction of vehicular lanes and a widening of the sidewalk on Yonge Street, which they say “will further enhance this public realm and pedestrian first design approach.”

And that will be ideal for those living in the 957 residential units proposed at the YSL Residences.

The residential units would begin on the 10th floor, and higher up, the 41st to 43rd floors will accommodate an indoor and outdoor residential amenity and a condominium “sky” lobby for the upper tower suites.

The proposal outlines progressively fewer residential units per floor as the building rises from the 93rd floor to the 98th. 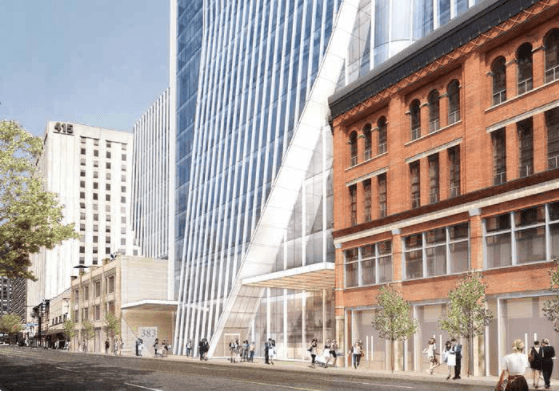 The proposal is currently being appealed to the Local Planning Appeal Tribunal (Formerly the Ontario Municipal Board) with a prehearing scheduled for August, 2018.

First Canadian Place, completed in 1976, along King Street in Toronto became the tallest building in Canada and 6th tallest in the world at the time.

It remains the country’s tallest more than 40 years later, standing at a height of 298 metres over 72 floors.