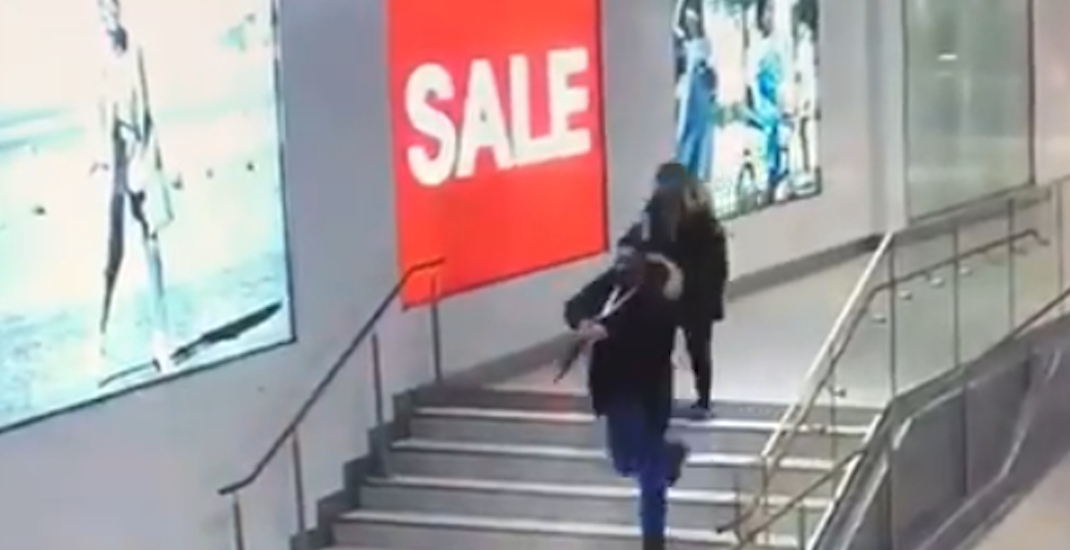 A youth has been arrested in connection to an assault at Willowbrook Mall in Langley earlier this week.

According to RCMP, officers were called to the mall following the report of an altercation between two groups around 4:30 pm on Tuesday.

“It was determined that one of the youths involved in the incident was struck in the head with what appeared to be a butt of a firearm,” said Sgt. Rebecca Parslow of Langley RCMP in a statement.

“No one was taken to hospital and minor injuries were sustained by the victim.”

The two groups involved are known to each other, and this is believed to be an isolated incident, adds RCMP.

A video sent to Daily Hive that has been circulating on social media shows a man in a black jacket passing by the H&M in the mall with what appears to be a gun in hand.

Langley RCMP confirmed to Daily Hive the footage is connected to the incident that occurred on Tuesday afternoon at Willowbrook Mall.

Officers continued their investigation throughout the night and into the morning and have arrested a male youth.

The investigation is ongoing and charges will be presented to Surrey Crown Counsel.