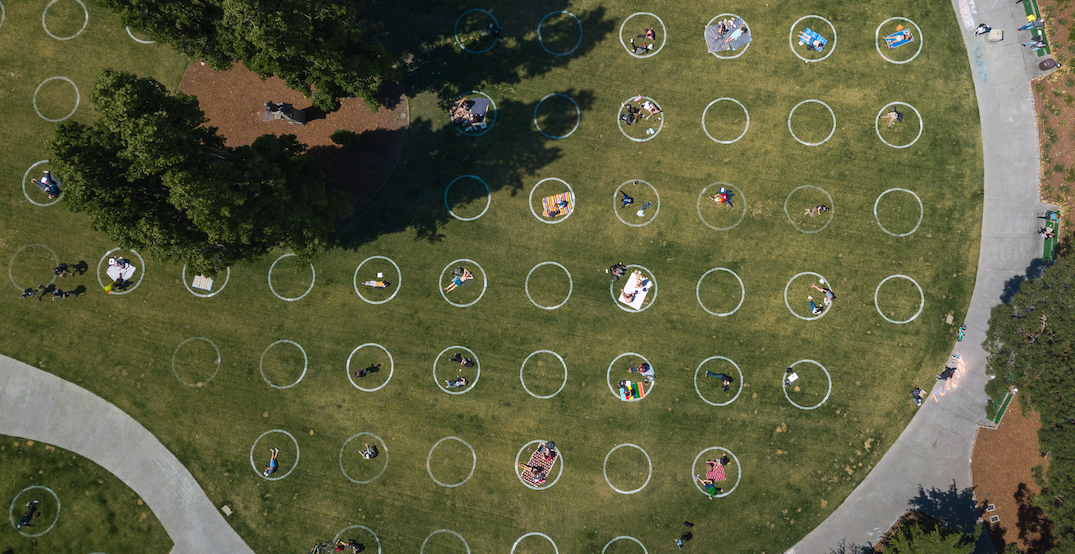 Summer is well on its way, patios are reopening, COVID-19 cases in Canada are trending downwards — but the virus still poses a major threat to public health.

Unfortunately, the prospect of fun and friends may be too great a temptation for Canadians as we head into the sunniest season of the year, as a study from the Angus Reid Institute found that younger Canadians were least likely to continue standing steadfast to advice from public health officials.

The study, which was conducted online between June 8 and 10 to a randomized sample of 1,510 Canadian adults, found that the age bracket of 18 to 34 was more likely to be doing public health-recommended activities less than their older counterparts.

According to the study, young, male respondents were most likely to have decreased their persistence on the following activities over the past few weeks: Staying away from public spaces, keeping extra physical distance, not shaking hands or hugging people, and washing their hands. 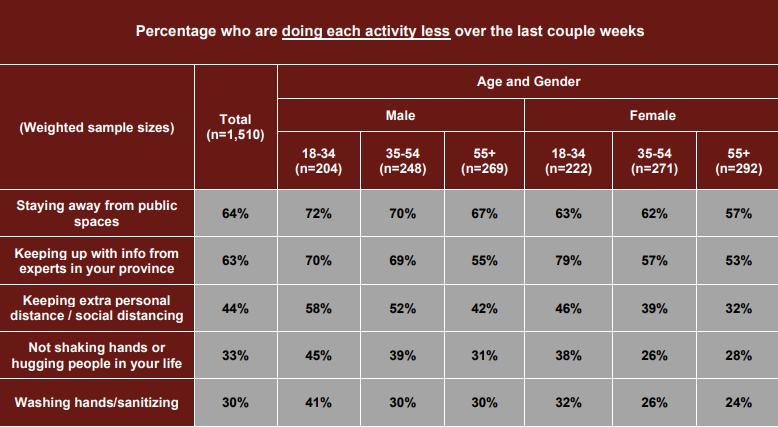 Female respondents in the 18 to 34 age brackets were most likely to have reduced how much they kept up with info from experts in their province.

Of all age brackets and genders represented in the study, females aged 35 to 54 were most worried that the worst was still to come, with 48% stating as much.

When broken down by province, Albertans were the most hopeful that the worst was behind them, with a backing of 70%.

The Atlantic provinces swayed most in the other direction, being the only group where the majority (51%) felt that the worst was yet to come.

When asked when the country would get back to normal — travel restrictions lifted, public health orders dropped — Canadians as a whole have become a lot more pessimistic than they were back in March, and even April.

Of the respondents of the most recent survey, a whopping 72% believed that “normal” was still over six months away — a drastic change from only 30% of respondents stating likewise back when the same question was asked in mid-March. 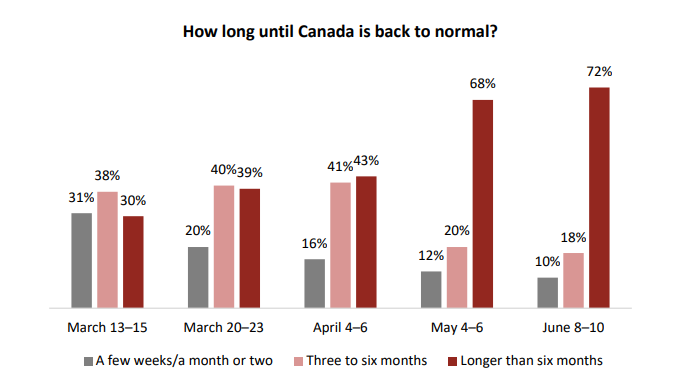 Canada just surpassed its 100,000th coronavirus cases on Thursday, June 18, and though restrictions have begun to relax throughout the country, Canadians are still encouraged to follow public health guidelines — which means practicing safe physical distancing, maintaining hand hygiene, and staying home if you are feeling sick.