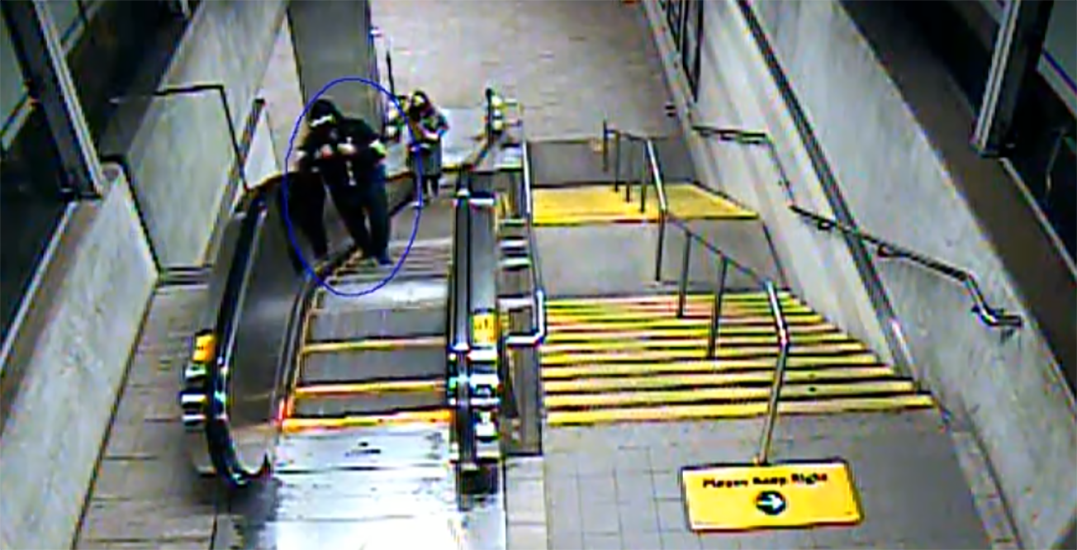 Police are asking for the public’s help after a young woman was randomly robbed at gunpoint in Yaletown.

The Vancouver Police Department (VPD) says that the incident occurred on October 9, just after 1 am. A male suspect reportedly approached the female victim near Mainland and Helmcken streets. Police state that he “pointed a gun at her, and demanded she hand over her purse.”

Tania Visintin, spokesperson for the VPD, adds that the incident is believed to be “a random attack.”

“This type of violence is unacceptable,” says Visintin in an emailed statement. “A young lady was robbed at gunpoint.”

VPD are now asking for the public’s help in identifying the suspect and have released security footage from TransLink’s Yaletown-Roundhouse SkyTran station.

He’s described as white and between 5’7″ to 5’9″ in height with a slim build. At the time of the incident, he was wearing a black hooded sweatshirt and a black mask covering his nose and mouth.

“Thankfully, the woman was uninjured during the attack,” says Visintine. “I can’t begin to imagine how frightening this was for her.”