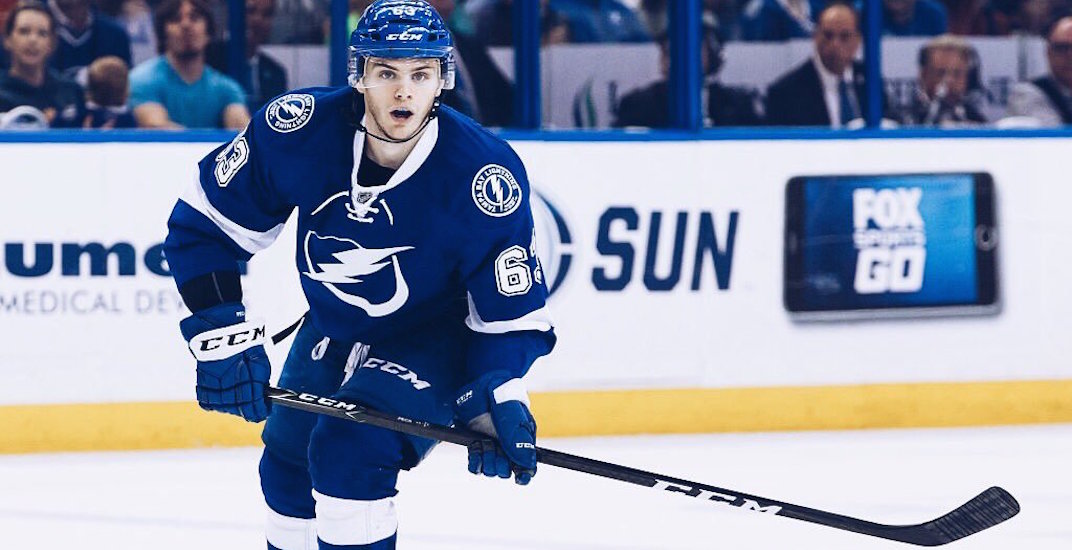 If he makes it to July 1 still unsigned, all eyes will be on John Tavares when NHL free agency opens up.

The Canucks, rightfully so, will be one of the teams interested in his services. But while the team has cap space and a need for a No. 1 centre, it doesn’t make much sense for Tavares to leave the Islanders for a team like the Canucks. Not in 2018, anyway.

That’s why the Canucks, as a rebuilding team, should stay away from players like James van Riemsdyk, Paul Stastny, and James Neal. While all three are proven commodities, they’ll be rewarded handsomely because of it. The money and term required to convince them to come to a non-playoff team would likely to handcuff the Canucks in three to four years – if not sooner.

Instead, why not learn a lesson from the Vegas Golden Knights?

Vegas was able to unearth a number of hidden gems around the National Hockey League. Many of their best acquisitions had a number of traits in common: they were in their mid-20s and for a variety of reasons, were under-utilized by their respective teams.

While most unrestricted free agents are over 30, there are a few available on the younger side, in the 25-27 age range. Is there a Jonathan Marchessault or William Karlsson out there? Maybe there’s a Brayden McNabb or a Nate Schmidt buried in the lineup on a deep team?

The Canucks should be looking for a diamond in the rough that just needs a chance to shine. Given the make-up of their current roster, Vancouver should be the land of opportunity for a young player.

Here are five young, cheap options for the Canucks to look at in free agency:

The youngest player on this list, Matthew Peca (no relation to former Canuck Mike Peca) has a few things in common with Marchessault.

Peca has put up points at every level. In four years of NCAA hockey at Quinnipiac University, Peca put up 143 points in 157 games. Despite his impressive stat-line, he wasn’t drafted until the seventh round by Tampa Bay in 2011.

In 204 career AHL games, Peca has 134 points. In limited action on a deep Lightning team, he has seven points in 20 career NHL games, including scoring two goals and three in 10 games last year.

Here’s a goal where he shows off his quick hands:

Like Marchessault, who had eight career goals at the same age, Peca is undersized and under-utilized. Does he just need a chance to prove what he can do? Maybe.

A first-round draft pick in 2009, Calvin de Haan comes with some pedigree. He’s still flying under the radar though, given his last contract paid him less than $2 million per season.

But it’s de Haan’s underlying numbers that are most impressive, as the smooth-skating blueliner regularly sits near the top of the list of Islanders defencemen in Corsi-For percentage.

The Toronto-born centre has had an unusual career, bouncing around between five organizations despite producing offence wherever he’s been.

He played two NHL games this season with Vegas. He scored three goals. In 57 AHL games, he registered 52 points.

Pirri’s best season in the NHL saw him score 22 goals in 49 games. He scored 75 points in 76 games during his best-ever AHL season.

Can he do anything else? Does it matter?

An undrafted Swedish defenceman, Christian Folin has great size, but up until last season, had never played a full season in the NHL.

He produced decent numbers with Los Angeles, scoring 13 points in 65 games, despite not receiving any power play time. His Corsi-For percentage was fourth-best among Kings defencemen, while his ice time was sixth-highest.

John Moore played over 20 minutes a night for the surprising Devils last season.

He scored seven goals and 11 assists last season, despite not being used on the power play. In terms of underlying numbers, he ranked fourth among Devils d-men.

The big American blueliner can skate well, and has shown some offensive flare. If he comes cheap enough, Moore is an experienced option with some untapped potential.