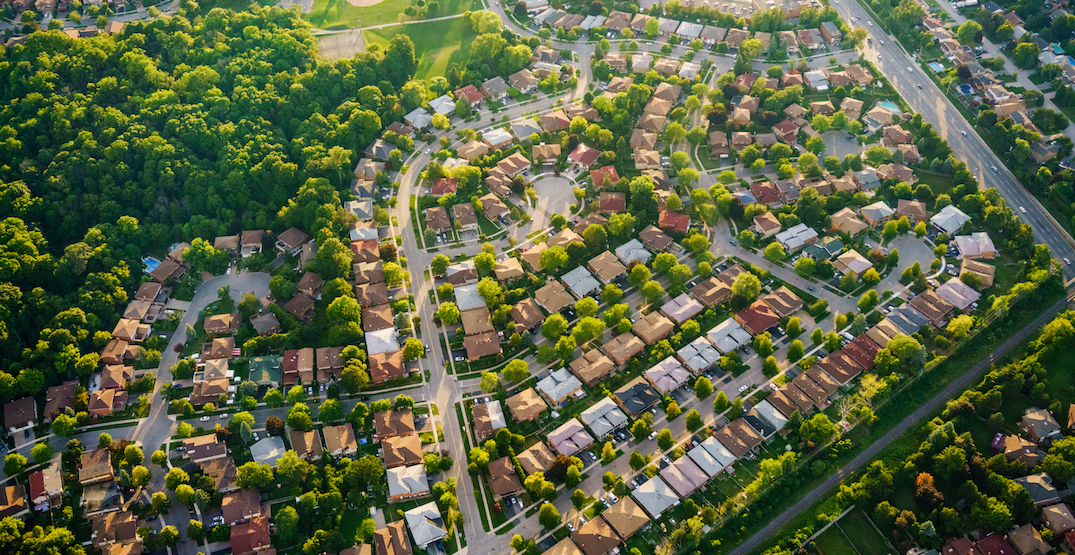 The COVID-19 pandemic has brought about seemingly endless changes to our daily lives, but these changes have also given rise to a higher rate of young Canadian homeownership.

A recent report from Royal LePage revealed that nearly half of Canadians aged 25 to 35 own their home and 25% of those homeowner purchased their property during the pandemic.

With mortgage rates at historically low levels, remote work allowing for more geographic freedom, and increased savings since the start of the pandemic, many young Canadians were much better positioned to enter the real estate market.

“The pandemic provided an unexpected prize for young Canadians — a path to homeownership,” said Phil Soper, president and CEO of Royal LePage, adding, “In many ways, the pandemic has sucked the joy out of our normally kinetic young adults’ lives. No dining out, no concerts with friends or winter escapes to the sunny south. Even retail therapy has lost its lustre when no one will see those new shoes on the next Zoom call. The silver lining is in soaring savings; unspent money that is finding its way into real estate investments.”

The demand for homes among young people coupled with older homeowners being reluctant to sell during the pandemic, however, has created a “near-crisis shortage of listings in parts of the country,” the report says.

Despite the shortage, the trend of increased homeownership among Canadians aged 25 to 35 was seen all over the country.

In Ontario, 26% of young homeowners had purchased a home since the start of the pandemic, and among the young Canadian residents who don’t currently own a home, 68% intend to seek out homeownership in the next five years.

Ontario has also seen a shift to favourability among outer-lying cities, with 46% of those surveyed in the Greater Toronto Area saying the pandemic has increased their desire to move to a less densely populated area.

The housing market in Ottawa, which still remains more affordable than Toronto, has appreciated over the last few years, “due in part to increased demand from both local and out-of-town buyers, many in the age range of 25 to 35.”

Quebec has seen young Canadian homebuyers flood the suburban markets recently, but just 18% of young Quebec homeowners had purchased their property since the start of the pandemic.

Of all the cities across Canada, Montreal in particular found that 28% of young homeowners had bought since the onset of the pandemic.

Over on Canada’s west coast, 49% of residents aged 25 to 35 own their home. Twenty-seven percent of Canadian residents decided to take on homeownership during the COVID-19 pandemic.

British Columbia also saw a strong intention among young Canadians to buy in the near future, with 65% reporting that they plan to buy within the next five years.

This is likely in large part due to 41% of British Columbia residents aged 25 to 35 saying that they have seen their savings grow since the beginning of the pandemic.

Those surveyed by Royal LePage said they are focusing more long-term and “low interest rates have made it possible for them to purchase a larger starter home.”

Alberta had the highest percent of homeowners in the 25 to 35 age range, with a whopping 56%. Of those, 24% had purchased since mid-March. According to the report, real estate sales among young Canadians have really taken off in Alberta’s urban centres in particular.

Alberta has also seen a rise in activity from out-of-province buyers, particularly from BC and Ontario.

“Someone from Vancouver or Toronto has real buying power in a city like Calgary, where they can get a lot more space for their money,” said Doug Cabral, real estate agent at Royal LePage Benchmark. “Square footage and improved lifestyle are top priorities for clients across the board.”

Cabral also expects to see a “strong spring market” and anticipates “homeowners in the upper end of the market may be looking to leverage equity in their homes to put towards an investment or recreational property.”

When looking at Canada’s prairie provinces, 53% of Canadians between 25 and 35 own their home, with 32% having bought since the pandemic started.

“Most of my clients are first-time buyers in the 25 to 35 age range, currently living at home with family,” said Daniella Payne, sales representative at Royal LePage Prime Real Estate in Winnipeg. “While they know they will likely not win the first home they bid on, they are very motivated and are looking to take advantage of low interest rates and increased savings.”

Similar to other Canadian provinces, Saskatchewan and Manitoba have also seen increased interest in the areas just outside the provinces’ urban centres.

In Atlantic Canada, 48% of residents aged 25 to 35 own their home, with 42% having purchased since mid-March — the highest of all regions surveyed.

Maritimers have but a special importance on not wanting to commute allowing them to search for real estate in a wider geographic range. Forty-six percent of those surveyed who are either currently employed or seeking employment said that remote work has increased their likelihood to move further away from their place of work.

“Within one month of the start of the pandemic, buyers in this age group came out in droves,” said Will Campbell, sales representative at Royal LePage Atlantic in Halifax. “This market is challenging due to a lack of supply. However, young buyers are determined to make a purchase, even if they have to be flexible on location.”