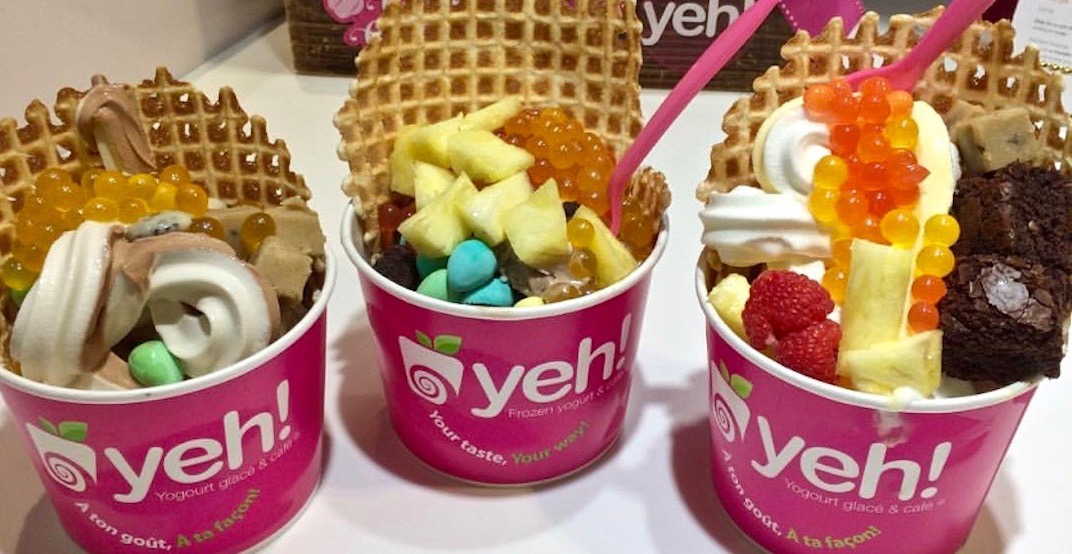 The sole sweet spot in the province was located at 985 Denman Street in Vancouver’s West End.

The Yeh! Frozen Yogurt team told Daily Hive this spot closed its doors for good at the end of the day on September 28.

Founded in 2008, Yeh! was Canada’s first ever self-serve fro-yo chain. The brand is known for their homemade products including shakes, grilled cheese, cotton candy, and of course, frozen yogurt with all the toppings.

According to Yeh!’s website, the concept currently has locations in Alberta, Ontario, Montreal, and New Brunswick, and internationally in Lebanon and Shanghai.