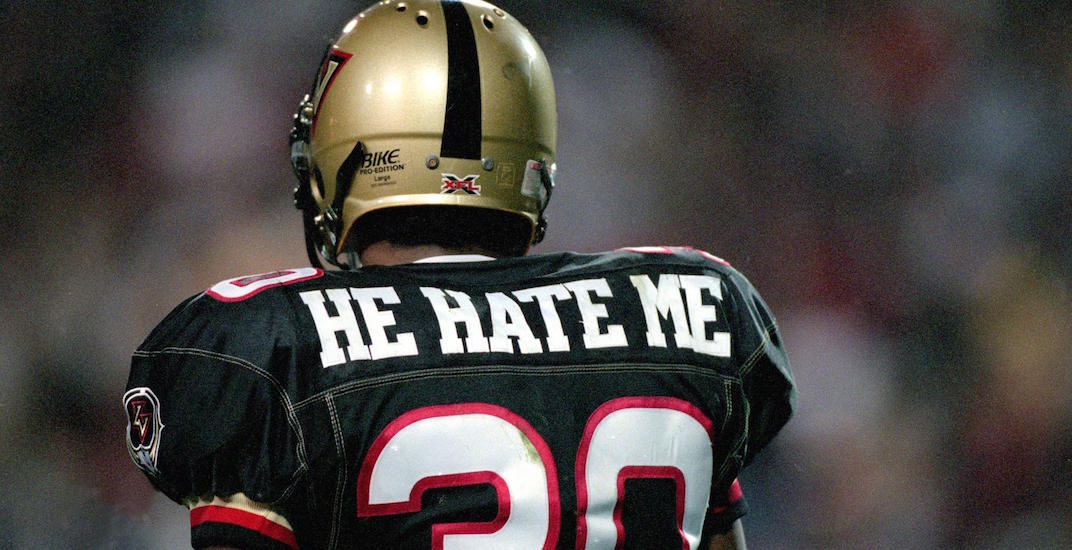 The XFL has reportedly risen from the dead and ready to make a comeback.

BREAKING: @VinceMcMahon will announce later today that his investment company @alphaentllc will start a pro football league. Announcement will be made at 3pm ET on company’s social media pages.

After months of rumours, it appears WWE CEO Vince McMahon will make it official Thursday afternoon. WWE sent out a press release stating that McMahon, who founded the controversial pro football league in 1999, will make a “major sports announcement at 3 pm ET.”

While we don’t know all the details of the league’s resurgence, McMahon’s new enterprise, Alpha Entertainment, had this leak:

So @AlphaEntLLC just trialled a live-stream ahead of their press conference at 3PM E.T.

This was the final shot.

The league is expected to begin play in 2020.

The XFL was a professional football league that tried to bring the showmanship of pro wrestling to gridiron. The league was a joint venture between the WWE and NBC, which included having their games televised nationally on network television in the United States.

Not afraid to try new things, the XFL encouraged aggressive play during a time when the NFL was trying to make football safer. They promoted the sexuality of their cheerleaders.

Players were allowed to write whatever they wanted on their name bar, with Las Vegas Outlaws running back Rod Smart famously choosing “He Hate Me”.

Instead of a coin toss to determine who gets the ball first, one player from each side competed in an ‘opening scramble’ for the ball, with one player famously suffering a season-ending shoulder injury because of it.

The XFL debut was hyped up like no league before or since, but was ultimately an enormous disappointment. The league played just one season in 2001 before folding.

Ultimately the biggest problem the XFL had was its core product – football – which wasn’t very good.

So why try it again?

With NFL ratings declining in a divided country, there could be an opening for a new league, though it’s still unlikely that anyone will be able to ever knock the NFL off its perch. Undoubtedly McMahon will have learned lessons from the first go-around, but players will play wherever they can make the most money, and trying to outspend the NFL would be a risky proposition for any new league.

Whatever the new league looks like, we know one thing: it won’t be boring.