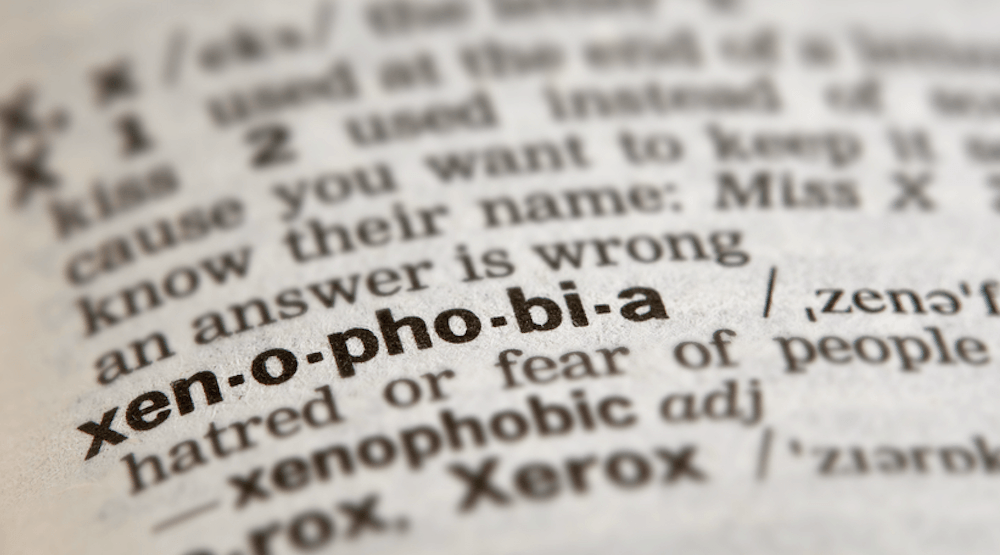 Dictionary.com has named xenophobia as the 2016 word of the year.

Not too sure what that word means? 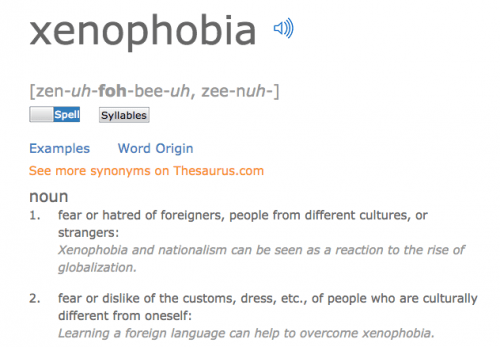 “This year, some of the most prominent news stories have centred around the fear of the ‘other,'” Dictionary.com stated in a release.

“This particular year saw fear rise to the surface of cultural discourse. Because our users’ interest in this overarching theme emerges so starkly for one specific word in our trending lookup data, xenophobia is Dictionary.com’s 2016 Word of the Year.”

According to Dictionary.com, the user interest in the word xenophobia spiked between 2015 and 2016.

The largest spike in searching for the word’s definition came on June 24, with a 938% increase in lookups. This increase came one day after the UK voted to leave the European Union in the Brexit decision.

The second-largest surge in lookups for xenophobia came during the 2016 US presidential race.

On June 29, 2016, President Obama gave a speech insisting that Donald Trump’s rhetoric was an example of “nativism or xenophobia.” Following this speech, Dictionary.com saw a steep increase in users looking up what xenophobia meant. 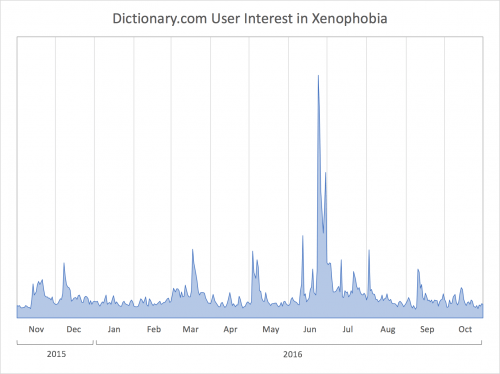 Dictionary.com says their data only tells them what words people are interested in, but not necessarily the reason for the interest.

“Perhaps some of our users were unfamiliar with the word xenophobia, while others might have looked it up to double-check the spelling or pronunciation,” Dictionary.com said.

“What we do know is that from global events to political rhetoric, xenophobia was a recurring subject of discourse in 2016. Despite being chosen as the 2016 Word of the Year, xenophobia is not to be celebrated.”