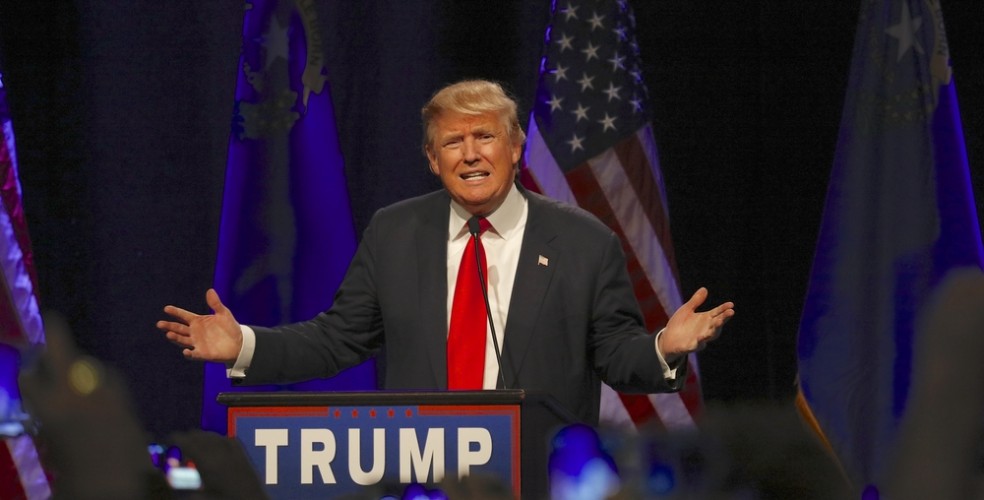 Canada, batten down the hatches. Nearly one in three Americans are saying they want to move north of the border.

In a new survey conducted by Vox.com, a whopping 28% of Americans claim they’ll move to Canada should Donald Trump win the presidency, which means we’ll have to make room for 89.3 million more people.

Yowza. Thank goodness for the vast expanse of tundra land in the territories.

Of course, we didn’t need a survey to tell us Americans are fearful of a possible Trump presidency. A brief scan of Twitter is all you need to realize that our neighbours south of the border are very, very concerned.

trump: i have a very good brain

america: he has a very good brain!

the world: i’m moving to canada

@ShawnMendes if donald trump becomes the president of the united states and i move to canada will you show me around — faith. (@soloraeken) March 17, 2016

These people at work are 1000% legitimately talking about moving to Canada if Trump wins.

Hilariously, after Donald Trump’s Super Tuesday win on March 1, Google Data Editor Simon Rogers tweeted that searches for “how to move to Canada” surged by 350%.

Not to brag or anything, but it’s not really surprising why Canada seems so appealing to Americans. We were just ranked as the 6th happiest country in the world, as well as the 2nd best country to live in.

The Vox.com survey polled 1,994 registered voters to get the results. Curiously, the same survey also asked a number of questions about recreational drugs.