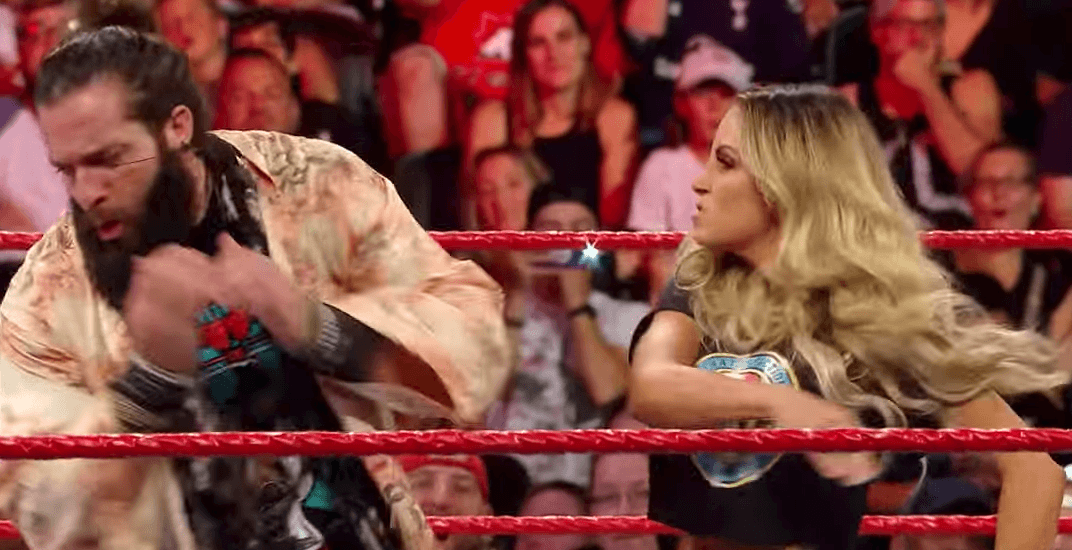 But during the WWE’s visit to Toronto on Monday, Elias’ words hit close to home – fake or not.

In an appearance on Raw, the wrestling superstar who plays a drifter musician character in WWE had some special words for fans in Toronto. He hit them where it hurt, bringing up Drake and the Toronto Maple Leafs.

“When fellow musician Drake said that he started from the bottom, he was literally talking about here,” Elias said, followed by a loud chorus of boos from the crowd at Scotiabank Arena.

“Because there is no city more bottom-feeding, no city lower, than this godforsaken hole of Toronto.”

“I was just in New York last week and my brother John Tavares… he called me and he said ‘Elias, going from New York to Toronto, there is no bigger disappointment in life.’ And he speaks the truth.”

The former WWE women’s champion entered the ring to defend her hometown.

“When you start running your mouth about my hometown of Toronto, I’m going to have to ask you to silence your cell phone, hold your applause, and most importantly Elias, shut your mouth.”

“An Elias performance in Toronto, it’s kind of like the Stanley Cup…”

“They’ll never see it in their lifetime.”

The (likely scripted) encounter wrapped up with Elias being demeaning towards women, before telling the 42-year-old Stratus, “I don’t date women in their 60s.”

So she slapped him, to the delight of the hometown crowd.