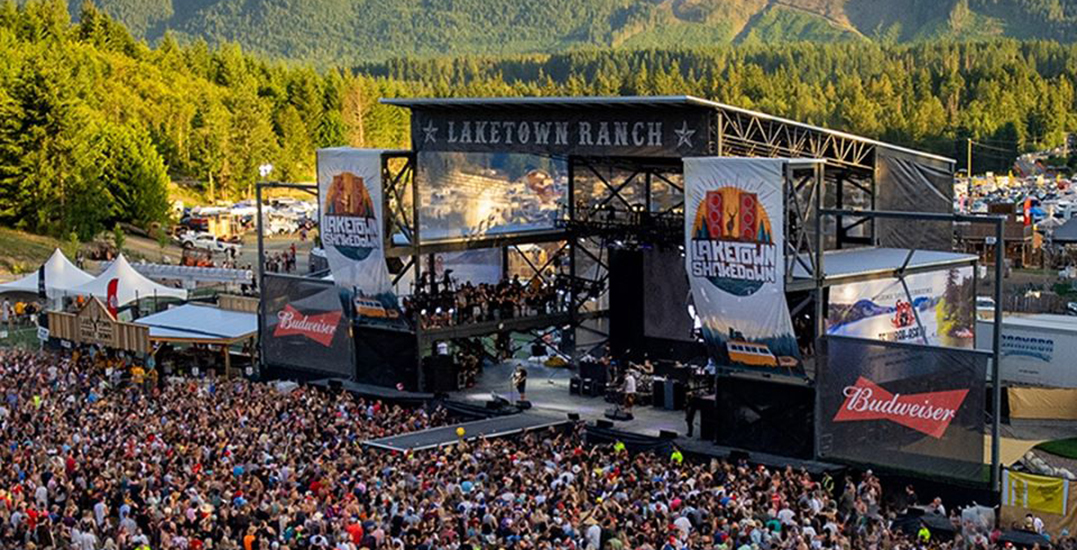 The three-day festival will be held across three stages at the spectacular Laketown Ranch. The 172-acre site, located in Cowichan Valley, is Canada’s largest permanent outdoor stage, according to festival organizers.

This year’s headliners include legendary hip hop group Wu-Tang Clan, as well as Ludacris, Third Eye Blind, and Nelly. The festival will also include Canadian fan-favourites like A Tribe Called Red and Current Swell.

In addition to the three days of live music, the event will include a festival village with food and other vendors, multiple full-service bars, a VIP area, flush toilets, and showers.

Camping, weekend passes, and single-day tickets will go on sale online starting Friday, February 28 at 10 am. Ticket prices have yet to be announced but the 2019 festival was priced at $179 for a weekend pass and $40 for a single-day pass.