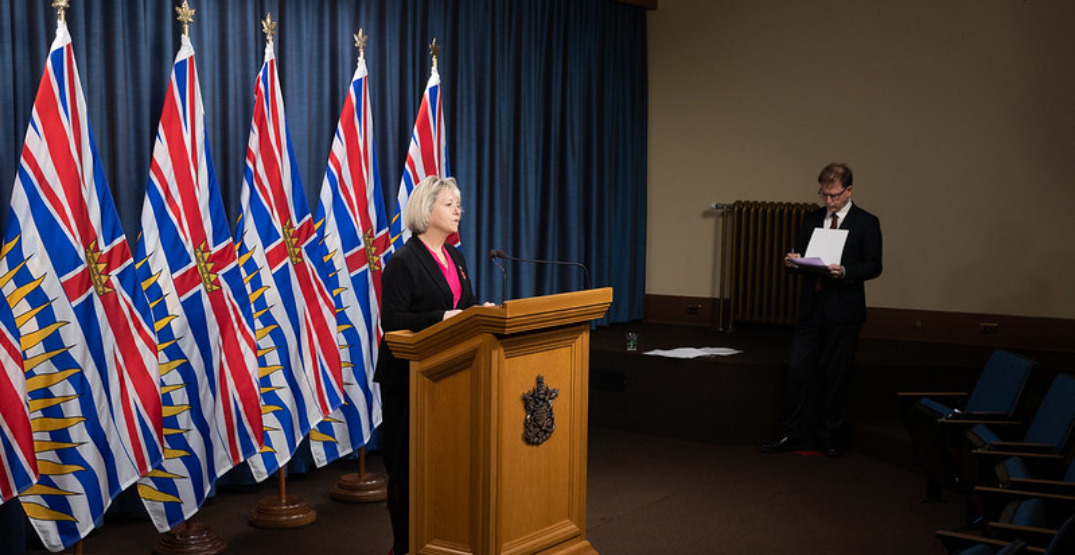 BC health officials have released the latest epidemiological modelling on COVID-19, including some new numbers on the Omicron variant.

As of December 12, there have been 44 cases of Omicron reported in the province. Seven cases were among those who were not vaccinated, including two children under 11. Twenty of the cases had recent travel histories.

Broken down by health authority, 24 cases of Omicron were identified in Fraser Health, 11 in Vancouver Coastal Health, five in Island Health, three in Interior Health, and one in Northern Health.

None of the identified Omicron cases needed hospitalization. The median age for those who have contracted Omicron is 33.

As there is still much to be learned about the Omicron variant, BC health officials have outlined three different scenarios and outcomes.

While case numbers currently remain relatively low across all health jurisdictions, the worst-case scenario could have BC seeing around 1,500 daily cases near Christmas, with close to 75 daily hospitalizations.

“This is to give us a sense of what may happen or what could happen,” said Henry.

She went on to say these scenarios could play out if we don’t continue doing the things that are working.

“We need to be paying attention to the next few weeks.”

Henry also mentioned that BC’s high immunization rates, along with programs like the BC Vaccine Card, should go a long way to mitigate the risk of increased transmission.

“The message right now is we are in a very challenging and uncertain time again. We know what we need to do. We need to keep our gatherings small, especially with people who we don’t know,” Henry warned, adding that big gatherings could become super-spreader events.