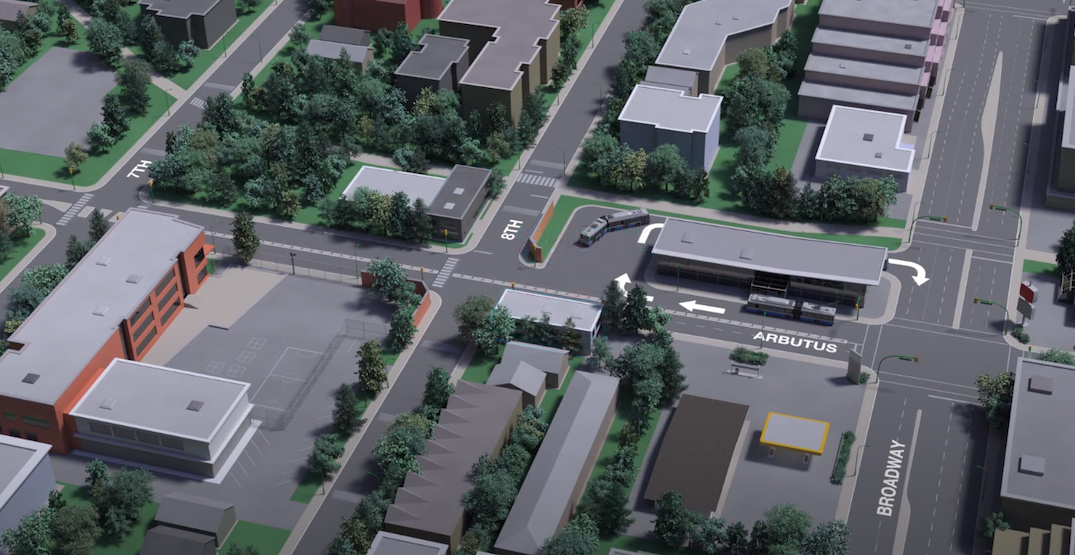 A Catholic elementary school located immediately adjacent to the future Arbutus Station of the SkyTrain Millennium Line Broadway Extension has filed legal action in the Supreme Court of BC against the provincial government.

The administration of St. Augustine School states they are demanding significant improvements to improve traffic safety for their students and measures that mitigate future noise.

The new western terminus of the Millennium Line will also include a bus loop, which will serve as the new eastern terminus of the truncated 99 B-Line route for the remaining journey to the UBC campus. Arbutus Station and its bus loop will be located at the northeast corner of the intersection of West Broadway and Arbutus Street, and the school property is situated kitty corner to the north.

For several years, before construction on the subway began, the school has raised concerns over the additional traffic, noise, and air pollution from the 60 ft articulated diesel buses used for the 99 B-Line.

But the school is alleging the provincial government, which is overseeing the design and construction of the subway, has not addressed their concerns, and they are now resorting to legal action.

Michael Yaptinchay, the principal of St. Augustine School, alleges no safety measures were put in place to protect their students when construction started on Arbutus Station.

“We are extremely frustrated with this lack of action on children’s safety. We are terrified that a serious accident is just waiting to happen,” said Yaptinchay.

“Our school community is very disappointed and extremely concerned about the lack of appropriate measures to protect the health and safety of the school children, despite our calling for traffic, noise, vibration, dust and other mitigation measures for nearly two years. We have been frustrated and ignored at every attempt to protect our students and we are now forced to ask the BC Supreme Court to order that safety measures be implemented immediately.”

According to the court petition, the school alleges there have been “numerous traffic safety incidents,” including students forced to use unmarked crosswalks without crossing guards, traffic flaggers working in the middle of traffic without signs or radios, and construction vehicles travelling northbound on Arbutus Street, “despite the province’s commitment that this would not happen.”

The school is seeking the implementation of 10 measures entirely funded by the Broadway Subway project, including the installation of a visual barrier around the Arbutus Station construction site, a sound barrier on the south and east sides of the school property facing the station site, and flashing lights at the intersection of West 7th Avenue and Arbutus Street. 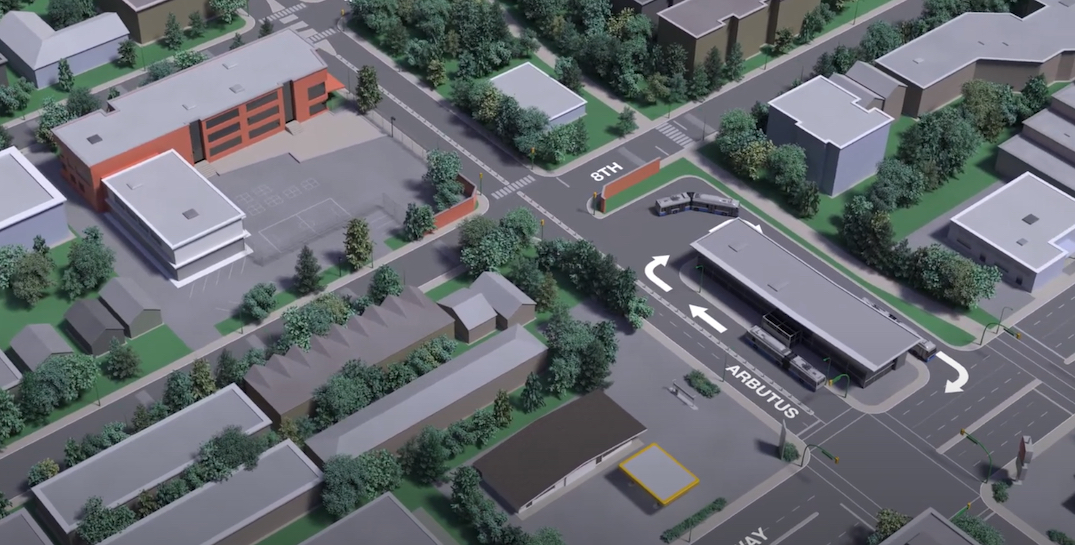 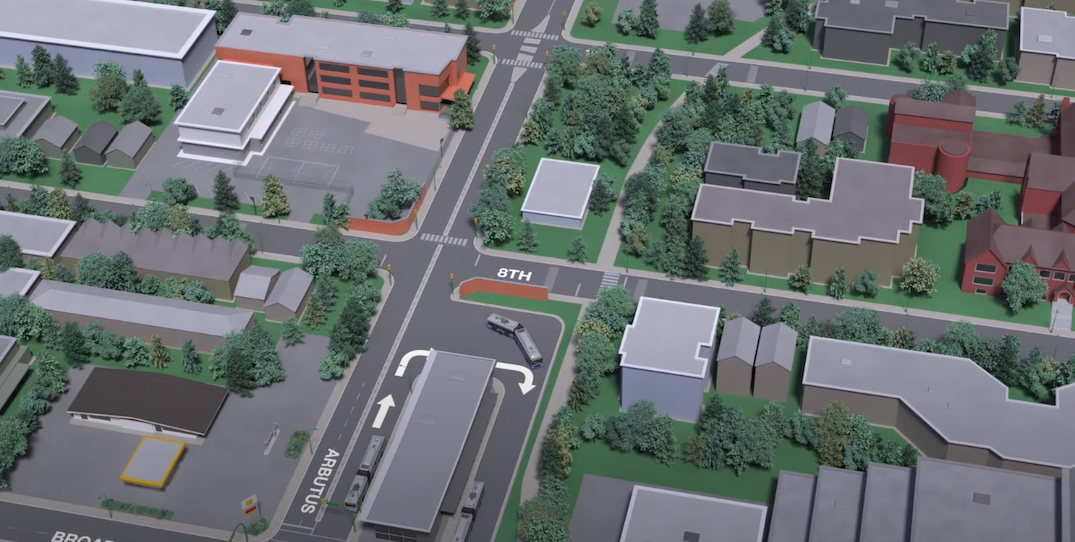 Furthermore, they are demanding the monitoring, maintenance, and replacement of the school’s HVAC filters for construction dust, the production of a traffic management plan that provides traffic control personnel to protect students using crosswalks, the diversion of all construction vehicle traffic southbound on Arbutus Street, and the elimination of all construction vehicle traffic on Arbutus Street during the school’s pick-up and drop-off periods in the morning and afternoon.

The school says the 19-point mitigation plan it proposed prior to the start of subway construction would cost roughly $5 million. Illustrations commissioned by the school included a new community police station serving the area.

In addition to funding the immediate mitigation measures and recommitting to the Project Agreement, the school is also asking the provincial government to cover the costs relating to the legal action.

St. Augustine School, located at the northwest corner of the intersection of Arbutus Street and West 8th Avenue, accommodates 450 students. In 2015, the school opened a rebuild and expansion of its facilities.

When inquired by Daily Hive Urbanized, the BC Ministry of Transportation and Infrastructure stated it is unable to respond to the specifics, given that the matter is now before the courts. But it asserts that dozens of meetings have been held with the school, and a liaison group was also formed specifically to help address the school community’s concerns.

“The project team began engaging with stakeholders, including schools like St. Augustine, well in advance of the start of major works. The project team recognizes the concerns that St. Augustine School has about the project, and established the Arbutus Schools Traffic Liaison Group, which meets regularly to share information and have a dialogue about construction and traffic planning,” reads the statement from the Ministry today.

“The project team has met with the school’s representatives on over 25 occasions to canvass the school’s concerns regarding project construction. In fact, a meeting occurred as recently as last week, and the project team had also agreed to respond in writing to proposed mitigation measures. Safety is and will continue to be the Province’s highest priority as we deliver this expanded SkyTrain line, which is in the best interest of local communities and the Metro Vancouver region.” 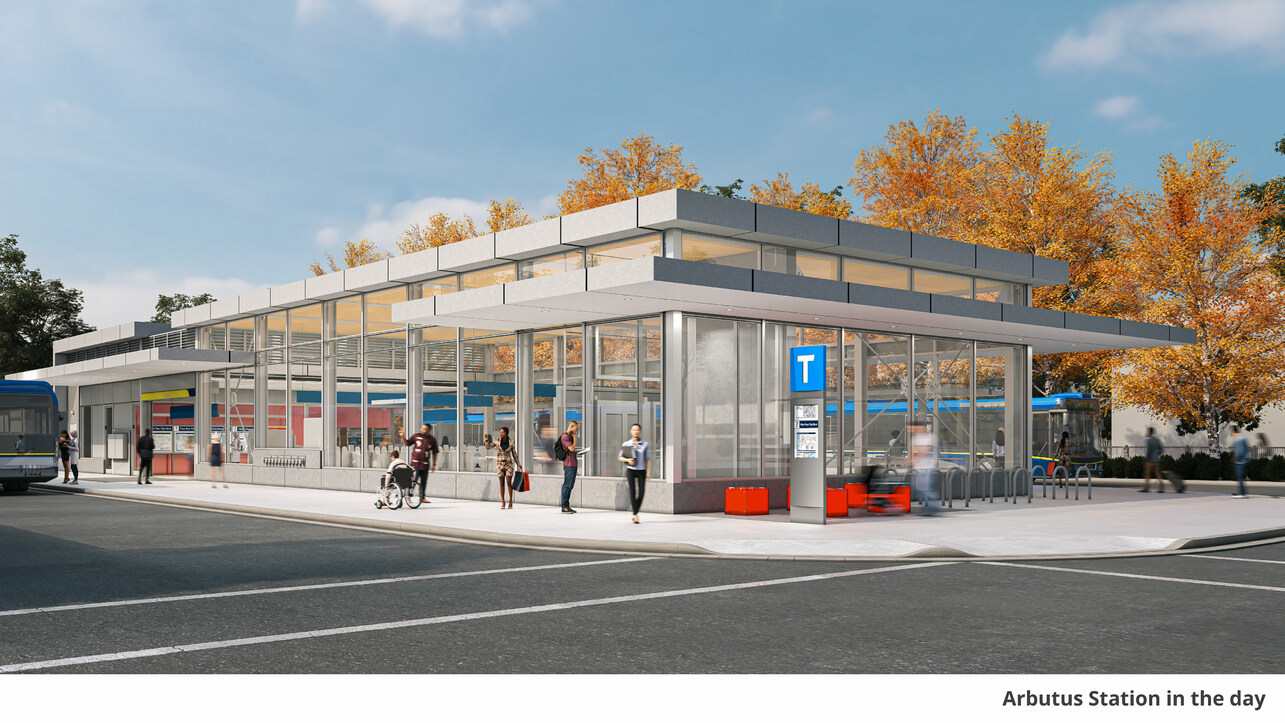 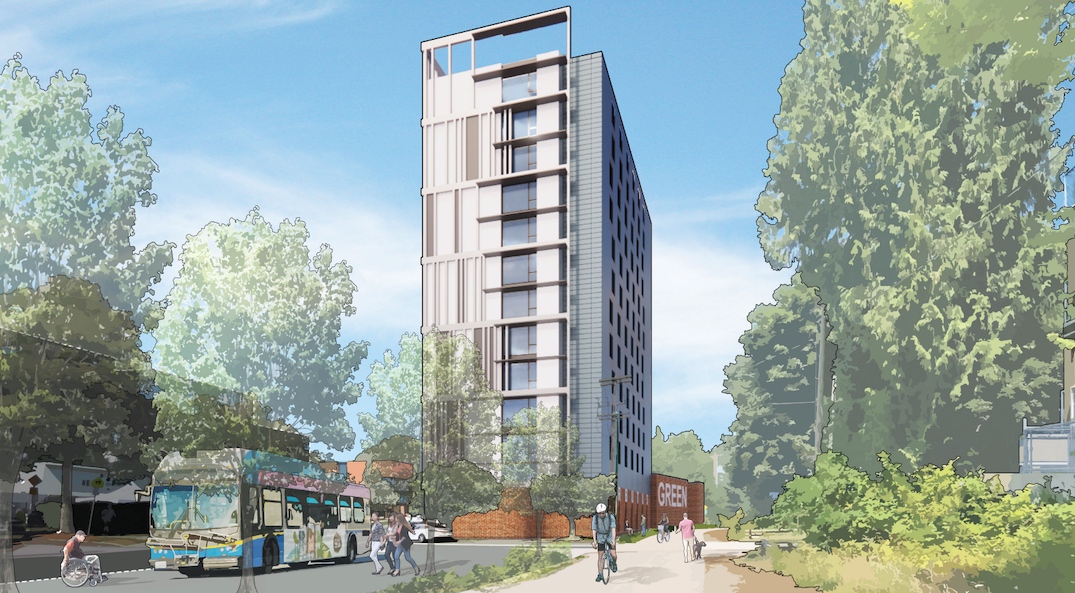 The subway project is also facing a separate lawsuit from the previous property owners next to the future Mount Pleasant Station, where the provincial government acquired property required to complete construction. They allege they were not properly compensated for the market value of their property’s redevelopment potential.

This year, the St. Augustine School administration and the parents of students have also expressed concerns over the potential impact of BC Housing’s proposal to build a 13-storey building with 140 units of supportive housing — for individuals experiencing or at risk of homelessness — immediately east of the school property. BC Housing first announced the project in February 2021 and public consultation was held earlier this fall, and the rezoning application is now expected to be reviewed by Vancouver City Council in a public hearing in Spring 2022. If approved, construction on the supportive housing building could begin later in 2022.

Both the supportive housing building and the subway station construction could have overlapping construction timelines. The Broadway Extension is expected to open by late 2025.