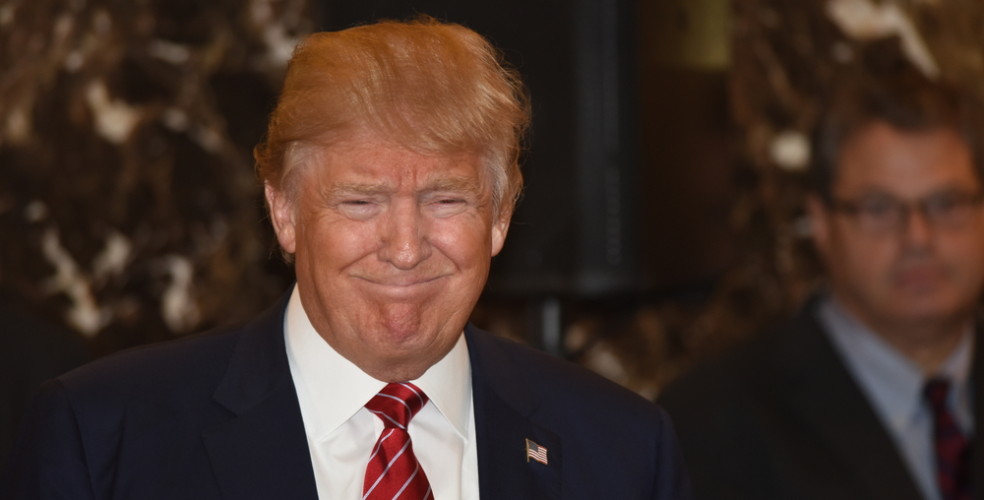 Donald Trump/Shutterstock
Each week, we bring you a roundup of some of the biggest stories making headlines around the world.

Here are eight things that happened  last week that you should know about (in no particular order):

1. Britain votes to leave the EU

A British man has been charged with trying to kill presumptive US Republican presidential nominee Donald Trump. Michael Steven Sandford was arrested at a Las Vegas Trump rally. Sandford attempted to grab the gun of a security officer at the event and use it to shoot Trump. The preliminary hearing for Sandford’s case is set for July 5.

Demand for abortions is on the rise in Latin American countries where Zika virus is rampant. The New England Journal of Medicine analyzed statistics from Women on Web (WOW), a non-profit that helps women access abortion services in countries where it is illegal. Zika virus is linked to birth defects such as microcephaly in newborns. According to the findings, women seeking assistance from WOW increased by nearly 72% in Zika-stricken countries where abortions are illegal.

A jaguar was killed on Monday, June 21 after it escaped from its handlers and attacked an officer during an Olympic torch lighting ceremony in Brazil. Juma the jaguar ran out of her confine and officials tried to capture her. She was shot with a tranquilizer but jumped at a soldier, prompting the animal to be killed with a pistol. The Rio Olympic committee admitted a mistake was made in killing the animal.

“We made a mistake when we allowed the Olympic torch, a symbol of peace and union of different people, to be exhibited next to a chained wild animal. This scene contradicts our beliefs and values. We are very saddened by what happened after the torch relay and guarantee we will not witness any other situation like this one during the Rio 2016 Games,” they said in a statement.

Sunday’s gay pride parade in Istanbul, Turkey, was canceled after the governor banned the event last week. “The organization of a meeting and demonstration march on the mentioned dates will not be allowed by our governorate for the safety of our citizens, first and foremost the participants’, and for public order,” said a statement from the governor’s office. Istanbul’s annual gay pride parade began in 2003 and is one of the only pride events in the region.

6. 5,000 people rescued in 24 hours while attempting to cross the Mediterranean

Nearly 5,000 people were rescued in 24 hours while trying to cross the Mediterranean sea. The migrants were headed to Europe from North Africa. The rescue operation involved 40 boats. Warmer weather and calmer seas have prompted an increase of asylum seekers to make the journey across the Mediterranean.

Italian composer and piano player Ludovico Einaudi played a historic piano performance against the backdrop of a giant glacier to showcase the beauty of the Arctic. Einaudi played an original piece titled “Elegy for the Arctic” on a floating platform. The performance was all captured on video and Einaudi hopes it will make people pay attention to the effects of global warming on our planet. “Of course the planet and our environment is the place where we all live, and I care about where I live,” he said.

Gunmen stormed a hotel in Mogadishu, Somalia, killing at least 14 people. The attackers also took an unknown number of  guests hostage. Islamic militant group al-Shabaab has claimed responsibility for the attack. Before entering the hotel, the militants detonated a bomb at the front gates. The gunmen proceeded to force themselves into the hotel and shoot random guests.