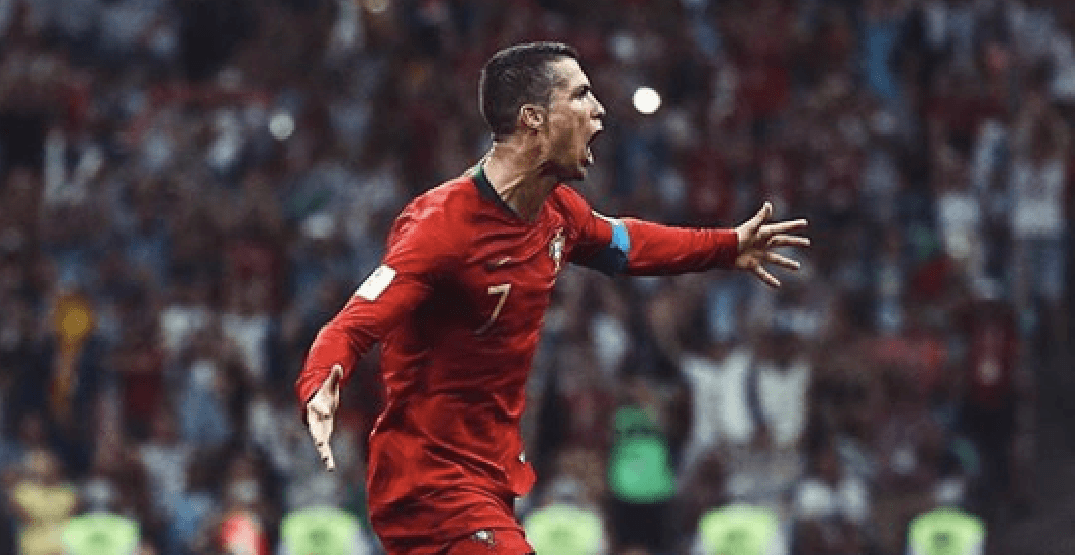 Portugal’s Cristiano Ronaldo is 4-for-4, with another 3, so to speak, after his team’s game against Spain at this year’s World Cup.

Ronaldo is now just the fourth player to score in four different World Cups, after putting one in the net on a penalty kick in the 88th minute of the match.

But there was an even sweeter side to this particular occasion, as it was Ronaldo’ sixth international hat-trick (the 51st of his career in total).

Did we mention that at 33-year-old, he’s also the oldest player to ever score a hat-trick at the international tournament?

Needless to say, he was thrilled with his accomplishment – and so were soccer fans.

A post shared by The Galacticos of Real Madrid (@galacticosrealmadrid) on Jun 15, 2018 at 1:04pm PDT

To the surprise of no one, Ronaldo was also named the player of the game, which ended in a 3-3 tie.

1st player in #WorldCup⁠ ⁠⁠history to score a hat-trick against Spain.

Oldest ever player to score a World Cup hat-trick. History

What can I say about this man? He created history for being the first to score a hat trick against Spain on today’s World Cup. And it’s just the beginning…. ⚽⚽⚽

Other results from the day: