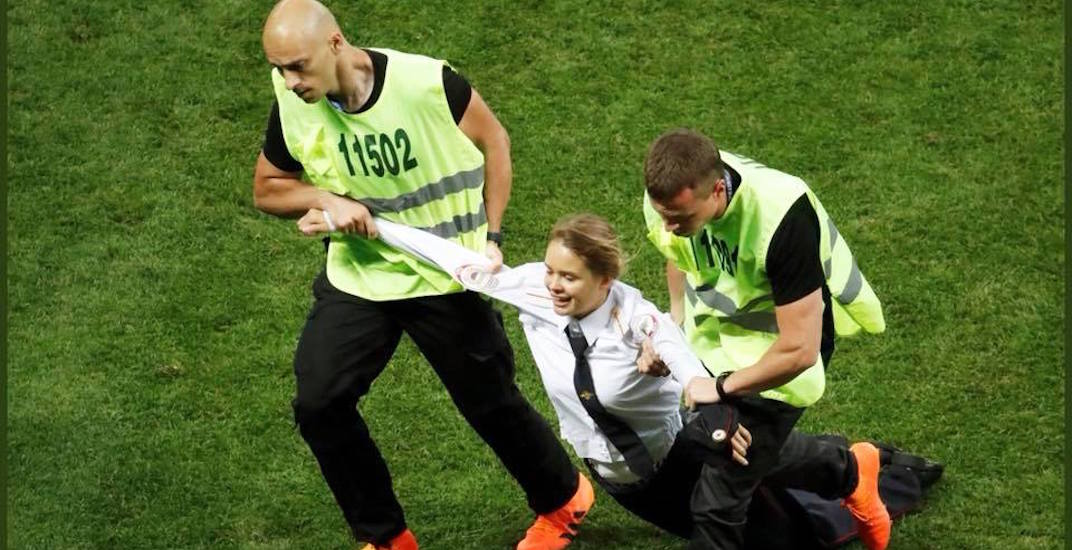 If you one of the billion people around the world watching the FIFA World Cup final between France and Croatia on Sunday, you saw them.

Four fans got past security, running onto the field of play early in the second half. One even gave French player Kylian Mbappe a high-ten.

Wearing police uniforms, they delayed the match for about a minute.

But these pitch invaders were not drunk idiots looking to impress their buddies in the stands, like we often see at sporting events in North America. The people that stormed the field were members of the Russian punk rock band Pussy Riot, and they did so for political reasons.

They oppose Russian President Vladimir Putin, who was in attendance for the match, for obvious reasons.

Here’s what the band had to say in the moments after the incident:

Members of the band have been vocal in their opposition of Putin in the past and have gone to jail for their public activism. They’re calling for the release of political prisoners, the end of illegal arrests of protestors, and competition in the political process.

After spending the night in a police station, unable to speak with a lawyer, in Moscow for the World Cup incident, one member has already been sentenced to 15 days of administrative arrest.