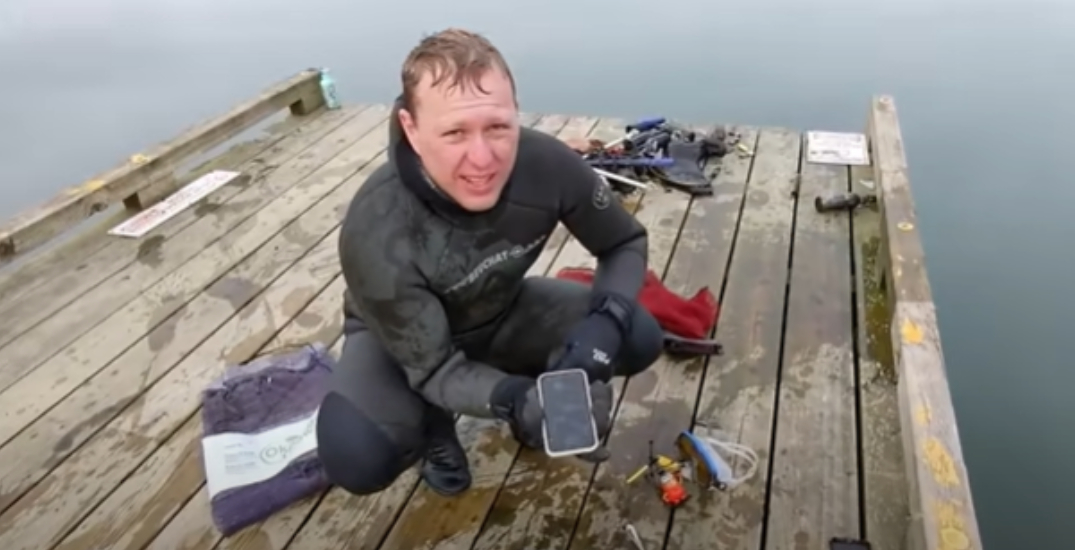 After spending six months submerged in a British Columbian lake, an iPhone 11 still turns on and has been returned to its owner.

Clayton Helkenberg was freediving in Harrison Lake, about 150 km east of Vancouver — partially treasure hunting, partially cleaning up garbage — on March 3 when he found the phone on the sandy lakebed.

The Chilliwack man plugged the device in when he got home, and to his delight, it turned on. The phone still displayed the date it was dropped into the depths: September 10.

“It’s pretty amazing. iPhone, you make one heck of a waterproof phone,” Helkenberg said in a YouTube video documenting the find. “That’s very impressive for any kind of technology.”

According to Apple, iPhone 11s can survive underwater at a maximum depth of two metres for up to 30 minutes.

Helkenberg told Daily Hive he figured out the phone number associated with the iPhone 11 by putting its SIM card into a different device. He then contacted the phone’s owner — a Vancouver woman — and organized its safe return.

She had been out in a small boat last September when the device simply slipped from her hands, Helkenberg said.

“Wow. It works,” she remarks in the YouTube video. “It’s crazy. It actually still works.”

Depending on his work schedule, Helkenberg will make up to four dives per week, often chronicling them on his YouTube channel, Aquatic Monkey.

Most of his discoveries are bottles, cans, and other pieces of trash, which has spurred him to do some large-scale clean-ups with friends and local dive groups.

Helkenberg said phones are some of his favourite finds due to the sentimental value of the memories stored within them.

He’s recovered more than 30 phones on his dives, five of which have worked without requiring a repair. Three were iPhone 11s, one was an iPhone 10, and one was a Galaxy S9.

“It’s always amazing to see the reactions of the owner when they get it back,” Helkenberg said.