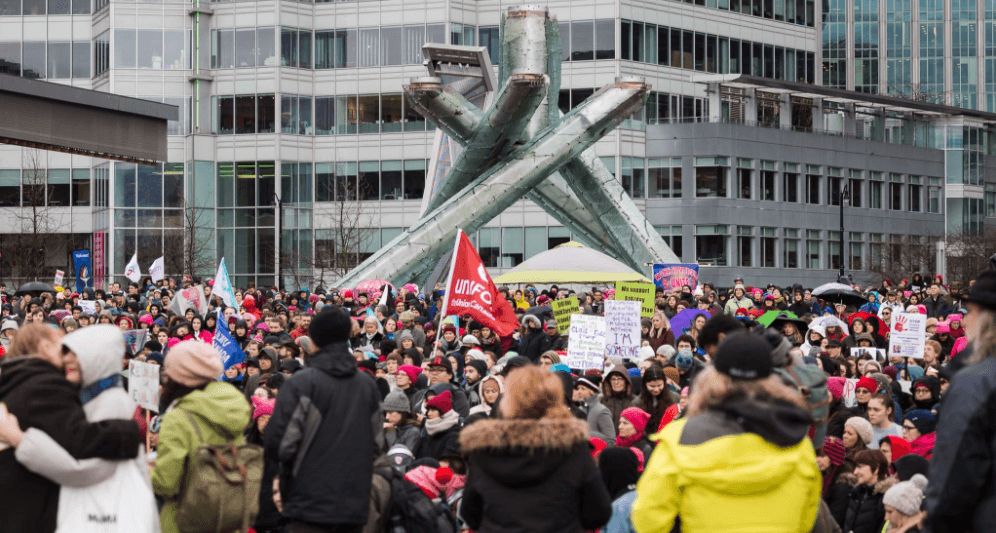 Thousands took to the streets this past weekend for March On – Vancouver. (Amanda Hillis / Facebook)

One year after tens of thousands of people took to Vancouver’s streets to support the huge Women’s March in Washington DC, the resistance returned this past weekend.

March On – Vancouver kicked off at Jack Poole Plaza on Saturday, and the crowds came out in full force to support the cause.

This year’s event was organized by two of last year’s march organizers and other grassroots groups, in collaboration with the national Women’s March group.

Here are 35 photos from Saturday’s rally: