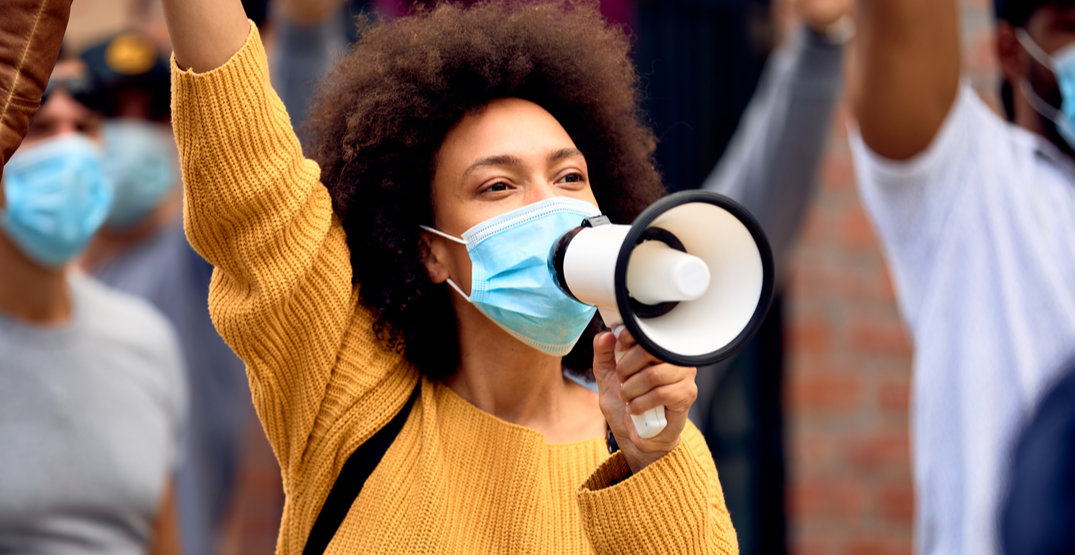 Written for Daily Hive by Rachael Segal, a lawyer who has worked in politics across Canada for over a decade. She is currently the Senior Director of the BC Liberals and is on a mission to engage more women in politics.

As the saying goes “add women, change politics” — and in a year like no other, we have seen examples of this around the world. Jacinda Ardern, the Prime Minister of New Zealand, a 40-year-old mom of a two-year-old, has been credited with her exceptional leadership in getting her country through COVID-19.

The election of the first Black and South Asian woman Vice President of the United States, Kamala Harris, was an incredible milestone for women in politics this year,  giving many girls the first chance to live in a world where a woman has been elected to the White House.

Over the last decade, there has been a great push to ensure that more women are seated in our city halls, our legislatures and our House of Commons.

To their credit, the current NDP government in British Columbia holds the title of the first government caucus with a majority of members who are women — 53%. With that said, the goal of having more women legislators is far from accomplished. The number of women candidates is still vastly lagging behind those of their male counterparts in elections right here at home and abroad. We must continue this mission, specifically, for women to see political office as a natural career path and to celebrate the unique attributes that women bring to politics.

But what if changing politics didn’t just mean putting your name on a ballot?

What if change meant engagement and giving more credit to the many women who, along with extraordinary professional and personal obligations, make the time to read an article or join a political zoom meeting?

The fact is, politics is evolving, and women, especially those under 40, have more opportunities now than ever to engage. Many would credit the internet with bringing politics into our home (for better or for worse). If the COVID-19 pandemic has taught us anything, it is that technology has made life more accessible and that traditional “meetings” or “engagements” are now more broadly available.

When we apply this notion to women in politics, technology lends a hand to a new mission: to change the narrative that being “engaged in politics” includes things like having an opinion on a news story or having a discussion about public policy decisions in our communities. We must broaden the focus of our mission and put forward the understanding that engagement in politics is not merely joining a political party or putting your name on a ballot, but having an understanding of how politics impacts every facet of our everyday lives.

Unfortunately, we still live in a world where my contemporaries, women in their 30s, have told me that they still vote for who their husbands vote for. We still live in a world where, during every election cycle, I am repeatedly asked to speak to groups to outline the major issues being put forward during the election — and, guess what, these groups are always all women! The most interesting part of talking to these groups is that the women who self-identify as “unengaged” always know the platform issues and have an opinion on them before I even step foot in the room. I think about this often. Why do these women consider themselves so removed from political discourse and yet, are so well-informed?

It comes down to this — we need to stop holding “women in politics” to the standard of just “women running in politics” and care more about women’s overall engagement in the political process. While recognizing that this may not be as accessible to all women, let’s embrace the new world we are living in and leverage that to include more women in political discussions, opinion, and debate.

Let’s encourage them to use their voices in living rooms, online, at social events, and at political meetings and be confident that they are informed enough to do so. Let’s provide women with the opportunity to ask questions about policies, be vocal advocates of issues that they have an opinion on, and, at the end of the day, let’s build a community around women who are interested in politics, not just interested in running — because that is truly how we add women and change politics.