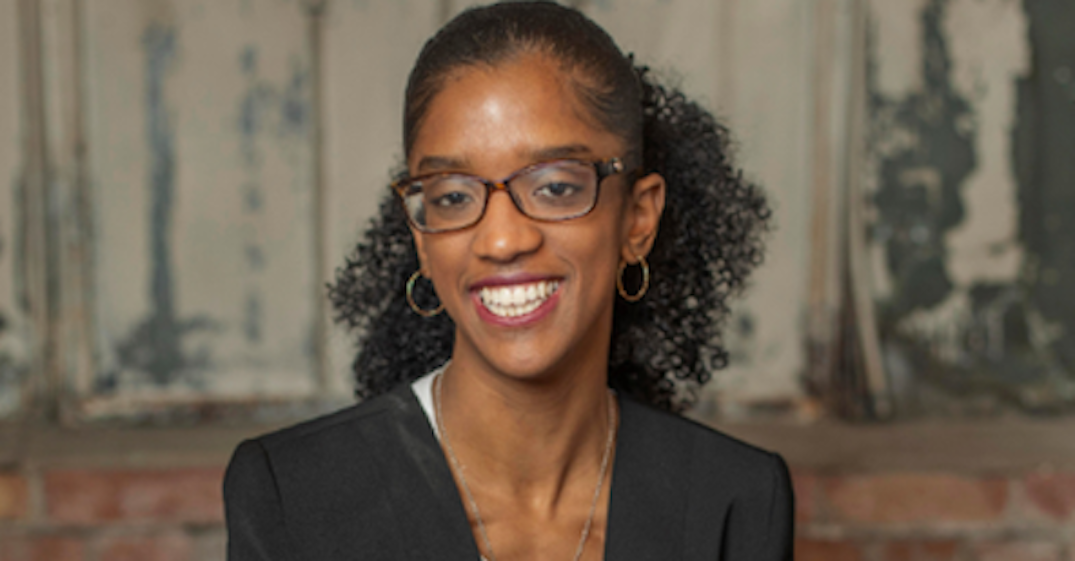 To celebrate International Women’s Day, get to know some Canadian entrepreneurs who are paving the way in the tech world.

According to a study by Statistics Canada, although women now account for the majority of university graduates, they are less likely than men to hold a degree in a STEM field of study.

This is attributed to a number of factors, such as parental expectations, peer norms, a lack of self-confidence in STEM-related subjects, and a lack of female role models.

That’s why it’s important to promote and lift up women who are paving the way in STEM-related fields, to show others that success for women in tech can be the norm.

Here are 14 Canadian women making big moves in the tech industry with their own companies and apps. 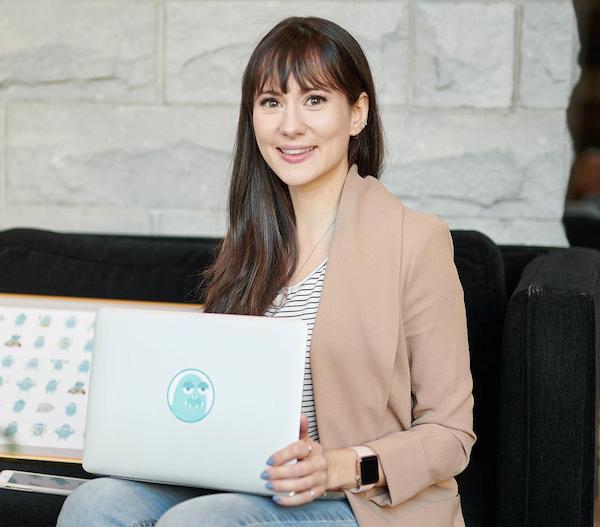 Ania Wysocka is the founder and creator of Rootd, a mobile app for anxiety and panic attack relief inspired by personal experience. The company is based in Victoria, BC.

Wysocka has committed to helping nearly 600,000 people in over 150 countries with her app that provides therapist-approved lessons and exercises to help those experiencing anxiety.

Rootd is an entirely female owned and led Canadian mobile application and is available on the App Store for iPhone, Apple Watch, and Android. 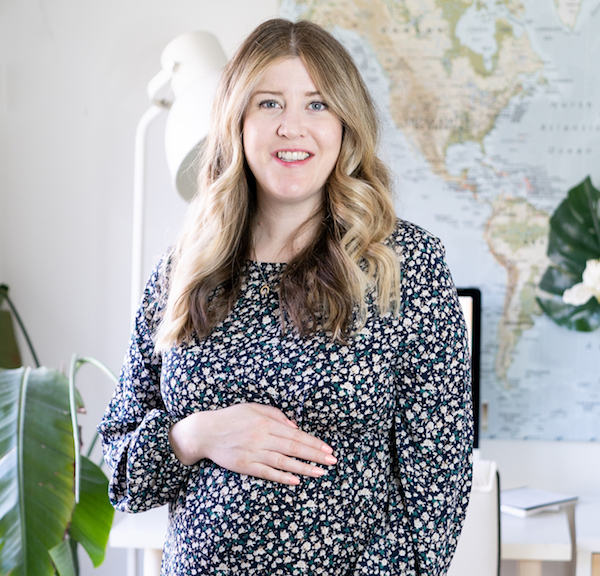 Sarah Boland is the founder and CEO of Life Lapse, a stop-motion app for small business owners, creators, and influencers to create “eye-catching” video content using just their phone. As a former professional videographer and marketer, Boland helped brands create and integrate video into their social media strategies. Because video marketing can be expensive, she set out to create Life Lapse to make it more accessible.

Originally from Toronto, Boland now calls Vancouver home with her husband and dog, and she is expecting twins this May.

Life Lapse is available on the App Store and Android with over 1.5 million users across 175 countries and in seven languages. 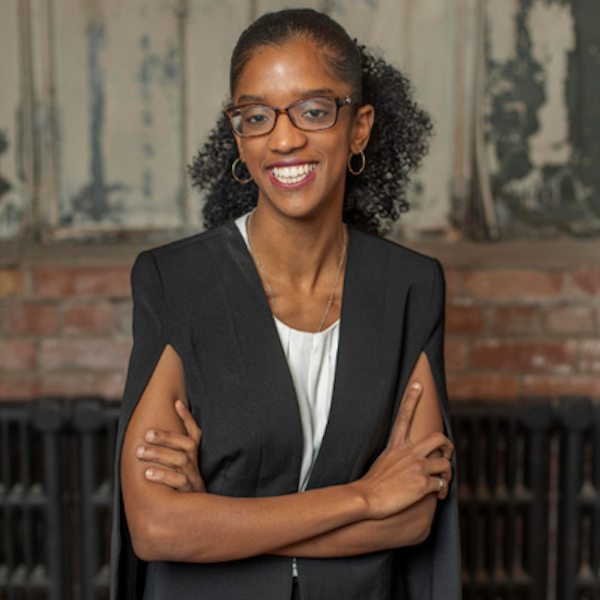 Janelle Hinds is the founder of Helping Hands, a platform that matches Ontario students with volunteer opportunities for local organizations in need of help.

The platform allows students to give back, obtain community hours needed to graduate, and have new experiences, while allowing charities to serve their communities better. According to DMZ Ryerson, Hinds also volunteers as a program coordinator with local Toronto shelters where she delivers workshops to newcomers and racialized youth to build leadership skills and ensure all youth are active citizens. 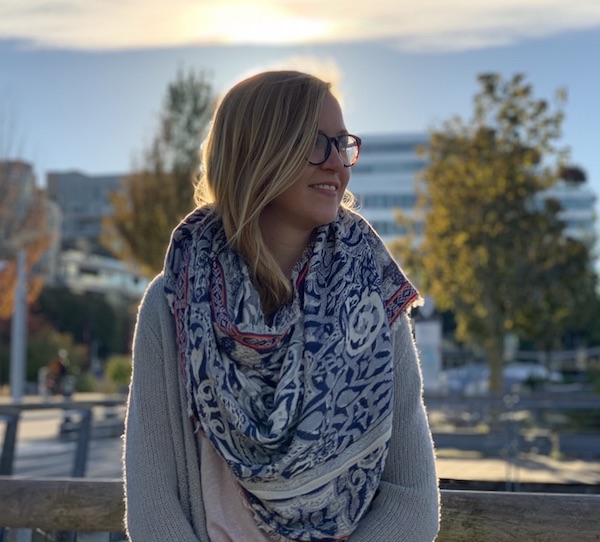 Malin Sundberg has been developing and designing apps for Apple platforms for years. She created her app, Orbit, which is a time-tracking and invoicing app for freelancers and small teams.

“My partner Kai and I were looking for an app to keep track of their time worked across different projects, and to create and keep track of their invoices,” she said in a statement. “We wanted a product that was intuitive, straightforward to use and that looked great on macOS, iOS, & iPadOS.”

After not being able to find a product they liked, they decided to build one themselves. 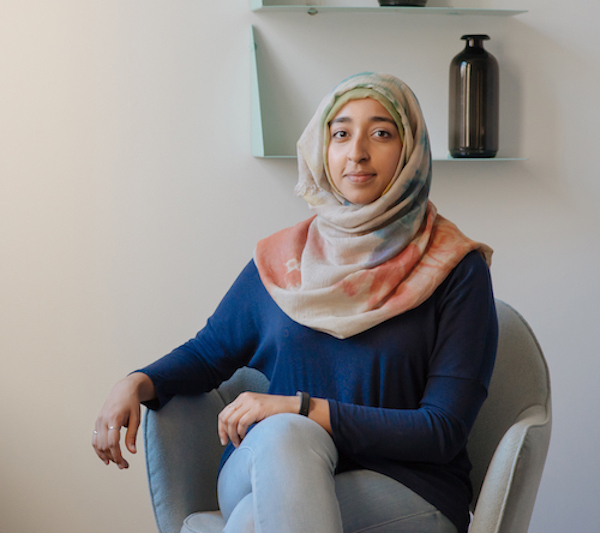 Huda Idrees is the founder and CEO of Dot Health, a health data platform, providing Canadians access to their personal health records. The goal is “empowering Canadians to easily request, access, and manage their own health information.”

Since graduating from the University of Toronto in industrial engineering, Idrees has helped promote women in tech during her time at TechGirls Canada and is currently serving on the OntarioMD Board of Directors to help physicians adopt electronic medical records into their practice. 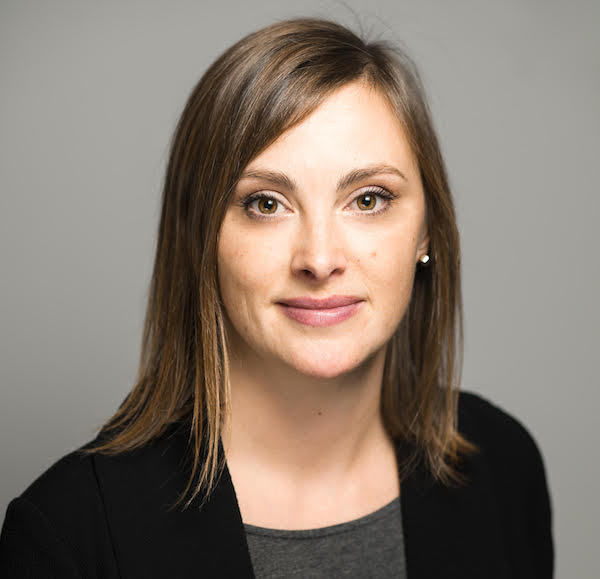 Erynn Tomlinson is an avid birder and has been a product designer for 25 years. She used her passion and skills to create a new mobile bird app called EyeLoveBirds.

“Other bird apps often lack the ease of use, and casual nature of modern birdwatchers. We wanted to make birding more fun and accessible – not just for the ultra serious,” she said in a statement.

EyeLoveBirds is a bird watching app, exclusively available on the App Store for iPhone, iPad and Mac, that provides curated profiles of species, including sounds and photos, and allows birders to complete checklists of sightings for their areas. 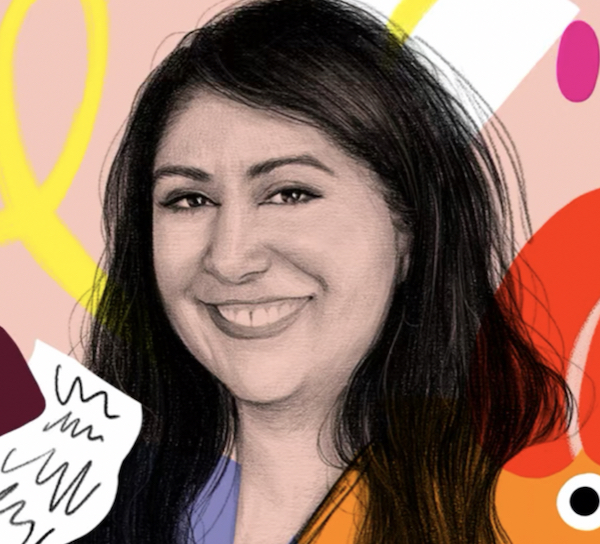 Harleen Kaur’s CV starts with a degree in aerospace engineering and goes on to stints with NASA (where she worked on the Pluto-bound spacecraft New Horizons), a German satellite company, and Rolls-Royce, where she was the youngest and first female vice president.

In 2017, Kaur shifted to start Ground News, a news aggregator that helps you see how media outlets across the political spectrum are covering, or ignoring, a topic. Ground News is the world’s first news-comparison platform.

It launched in 2018 exclusively on the App Store for iPhone, iPad and iPod. 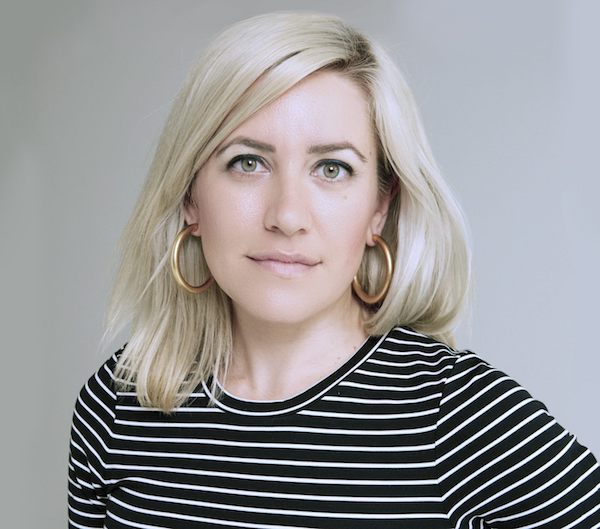 Brie Code is the CEO and founder of TRU LUV, which aims to heal our relationship with technology. Code is an emotion AI expert and former AI Lead at Ubisoft. She worked with design thought leader Jane McGonigal, and humanistic AI thought leader and co-creator of Siri, Tom Gruber.

The app is used to calm users, allowing them to practice better self-care.

TRU LUV was Canada’s first startup to attend Apple Entrepreneur Camp in 2020, and their experimental app #SelfCare was one of the App Store’s Best of 2018 Trend of the Year selections, and in 2019 it surpassed two million downloads with no advertising. 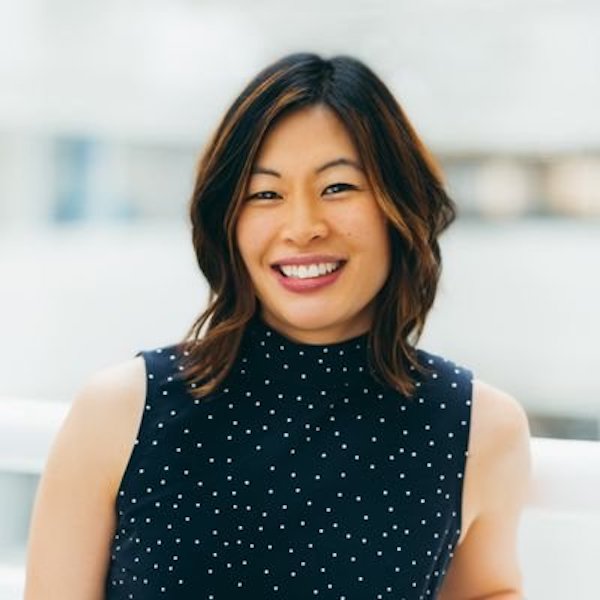 Eva Wong is the co-founder of Borrowell, a fintech company that helps consumers with their credit decision-making. The company offers free credit score monitoring, personal loans, and product recommendations. Borrowell has so far proved successful and was listed in KPMG’s Global Fintech 100, named a Company to Watch by the Deloitte Fast 50, and was a finalist for Emerging Consumer Lending Platform globally by LendIt.

Wong is at the helm of the business, overseeing the company’s free credit score and personal loan businesses, marketing, and credit operations. 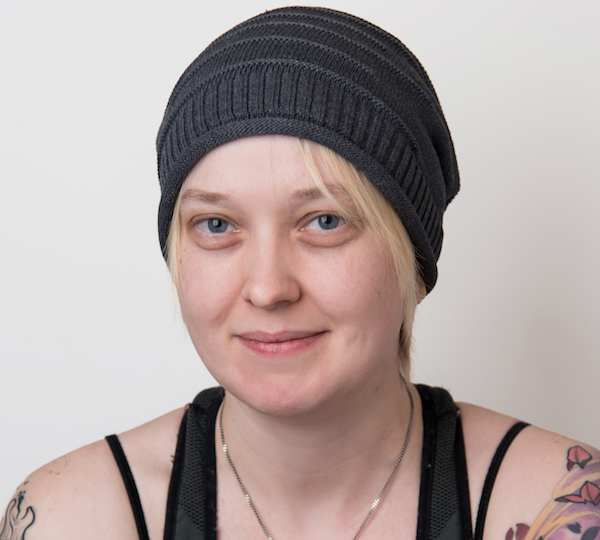 Gemma Stewart is the producer for the Lovelink project at Ludia, one of Canada’s leading mobile video game companies. She has worked on a range of projects, including MMOs, console and PC survival games, and mobile games.

“Lovelink was intended as a way for us to take all our lessons learned as a team in the narrative story genre and apply it in a new, innovative way. We wanted to create a flexible, modern platform as a way to tell fun character-driven stories through a diverse selection of matchable profiles,” Stewart said in a statement.

“Lovelink gives us the flexibility to create a broad range of unique stories, from romance to thrillers and sci-fi, so we have room to explore and experiment and stay creative while delivering great content to our players on their iPhone, iPad or other mobile devices.” 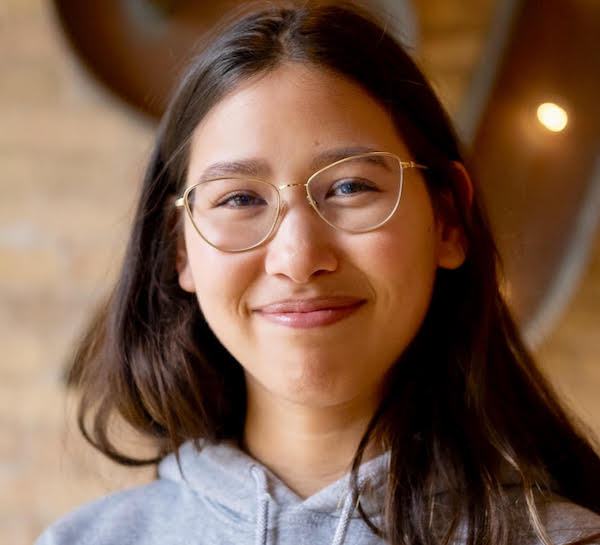 Allyson Aberg is in her first year as a systems design engineering student at University of Waterloo, and she accepted an internship as an iOS developer for a marketing firm. From there, she has expanded her skills interning at software companies like Tunnelbear in Toronto and Splunk in San Francisco.

In 2019, she attended her first WWDC as the sole female student developer from Canada and took the insights she gained to build her mother a customized scheduling and communications app for her Toronto business, Liberty Dental Hygiene.

After graduating this term in May, she’s joining the Splunk team in Toronto full-time as an iOS engineer to build apps for iPhone and iPad. She landed this role after working with the team in a co-op. 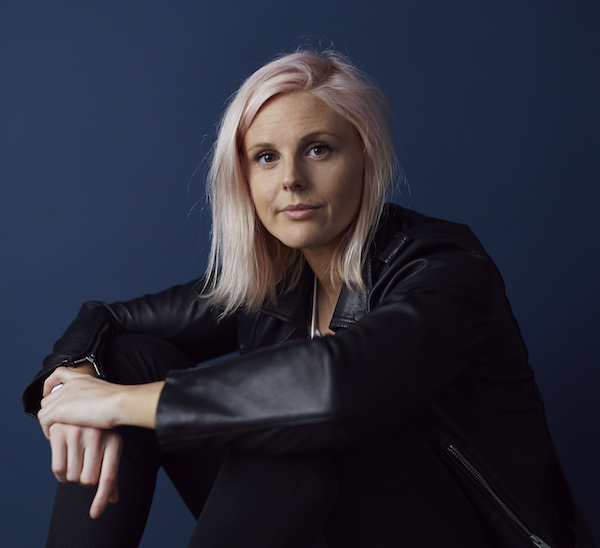 Robyn Exton is the CEO & founder of HER, the world’s largest brand for LGBTQ womxn & queer people. HER builds products and experiences that connect womxn in the way that works best for them.

Their app provides dating and community connection for the LGBTQ+ community and is home to seven million people across the world — their online events have hosted over 10,000 people this year.

Exton is from Toronto and now resides in San Francisco. 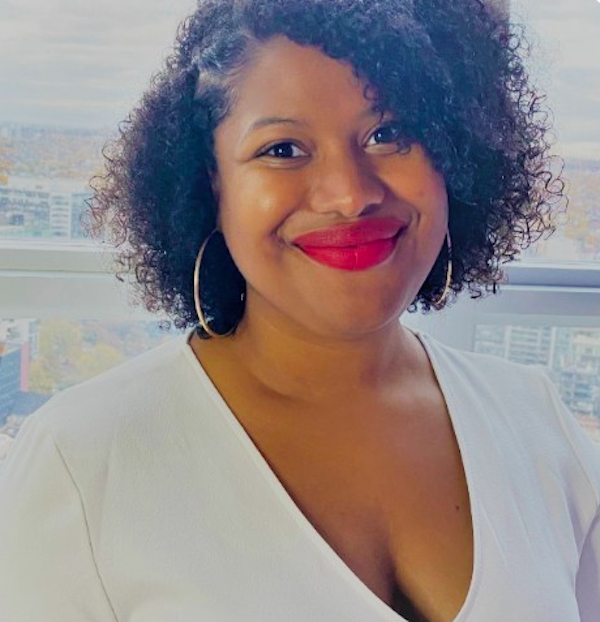 Kishawna Peck is the executive director of Toronto Womxn in Data Science, which showcases women in data science who share their career journeys and their expertise in technical skills, business strategy, and ethics.

Peck’s goals are “to diversify the talent pipeline in data” and to “inspire and empower a million data-literate womxn.”

Peck has been a data professional for five years, working in non-profits, fintech, and advertising in Product, Finance, and BI teams. She is currently a manager of Data Analytics at HomeStars. 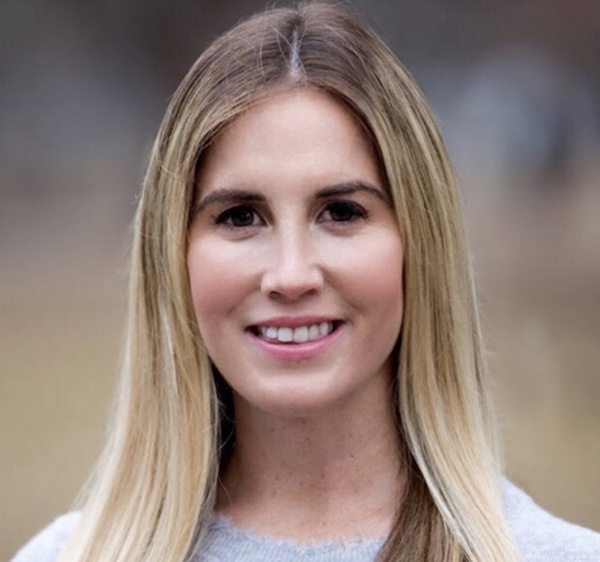 Emily Hosie is founder of Rebelstork, an online marketplace that enables the buying and selling of overstock, open box, and quality used baby gear. Hosie is a former retail executive and trends expert who founded Rebelstork in late 2019.

The platform allows parents to schedule pick-ups of outgrown goods. The goods are then quality checked and condition rated through the proprietary pricing algorithm. At that point, the selected items are photographed and a resale value is set for the gear listed on the marketplace.