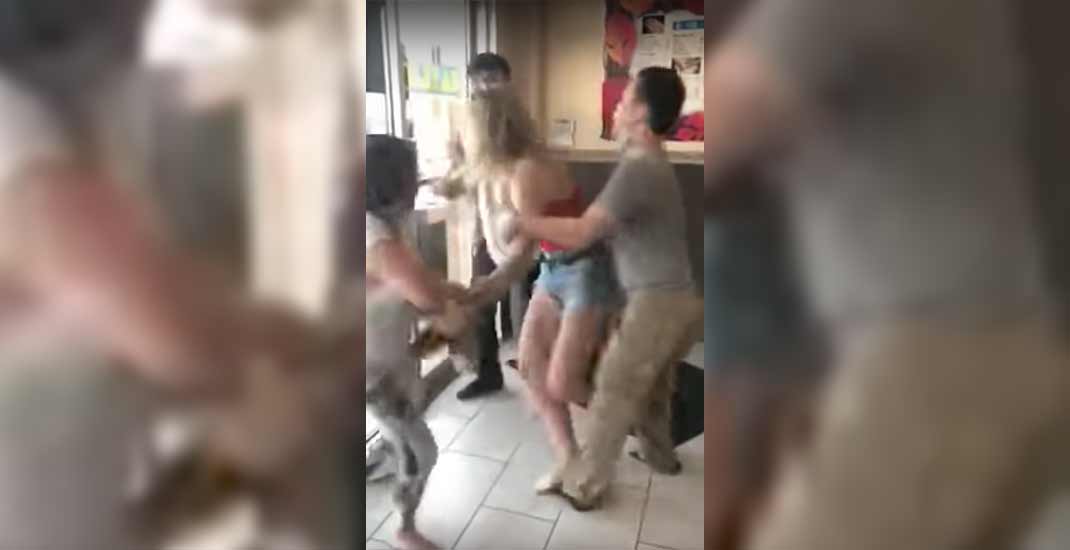 A young woman was allegedly trapped and locked inside a nail salon in Chilliwack over the weekend.

A video uploaded to Youtube by Vancity Diva reveals an intense confrontation between a young woman and several of the staff at the establishment.

The video begins with the customer screaming and attempting to break away from several staff members.

At one point in the video, she looks as if she’s being grabbed and pulled; there are also instances where she can be seen flailing her arms and/or kicking the employees.

The woman explains that the employee who provided her nail service “did a horrible job and she won’t fix them.”

She also offers at one point to pay for 50% of the service, commenting that “[she’ll] have to get them redone” later and that her nail technician “didn’t even finish her toenails.”

That same employee replied back that the customer was very happy up until the point of seeing the polish colours used and then “began to hit her.”

The altercation continues as two men approach the salon and attempt to open the door.

Shortly after another physical exchange, one of the men makes a phone call while the other films the conflict from outside the salon. The video cuts off shortly after.

Chilliwack RCMP have not yet released a statement at this time.