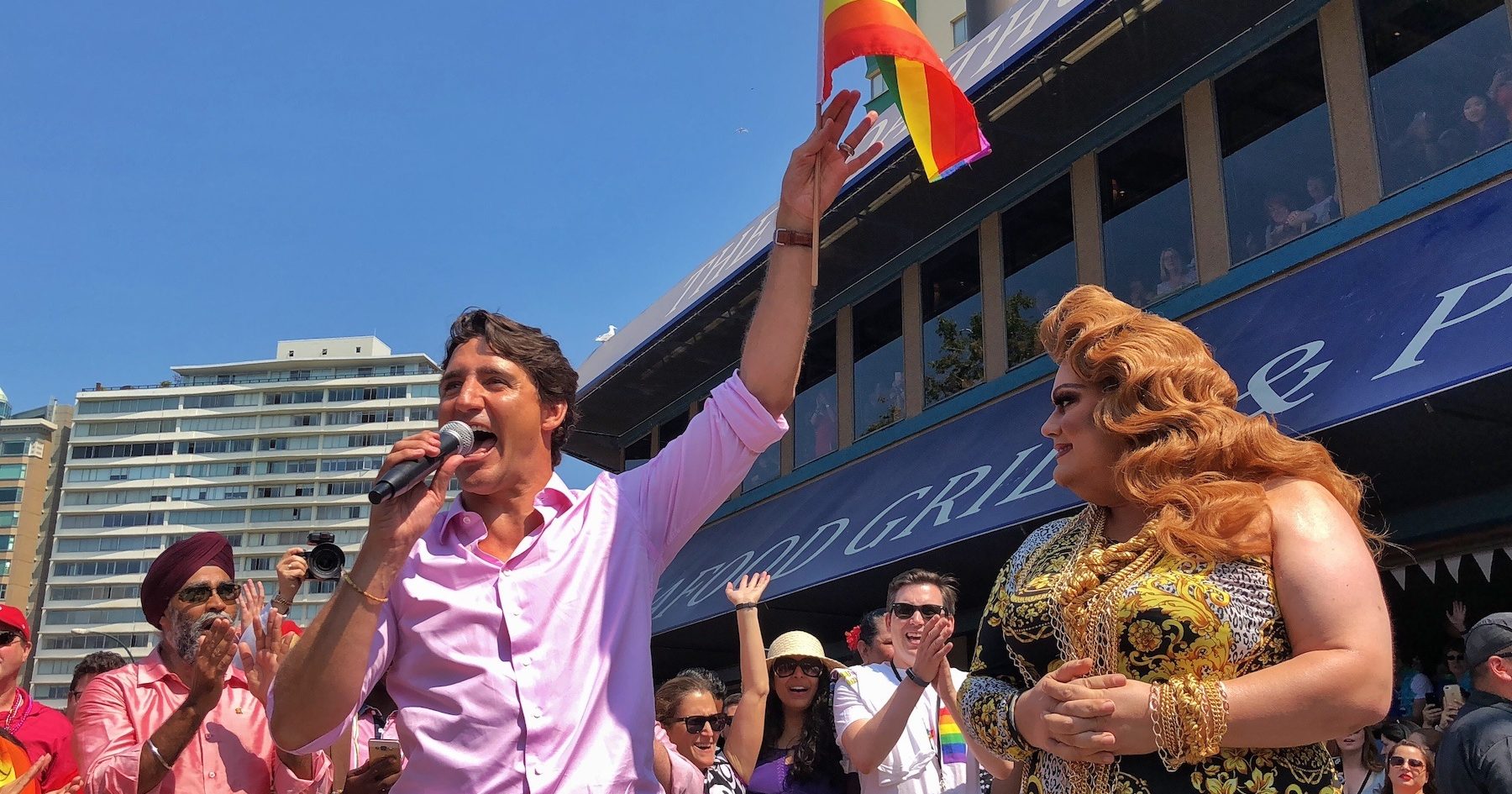 On Sunday afternoon, thousands of people lined the streets of downtown to take in the annual Vancouver Pride Parade, and this year they had a special guest walking among the floats and dancers.

It was Justin Trudeau’s fifth time taking part in the event, and second time as Prime Minister. He made history in 2016, becoming the first sitting PM to do so.

“Great to be back at Vancouver Pride, really excited to be here. It’s really important to march in Pride,” Trudeau said to reporters before the parade.

“We’ve done a lot, there’s been a lot of progress made over the past few years but there’s still lots more to do, and I’m glad to be here to march here in Vancouver.”

In case you missed out, here are photos and videos from the 2018 Vancouver Pride Parade, featuring Prime Minister Trudeau.

Trudeau was a pride 🙃 pic.twitter.com/W0bdyCavfQ

He previously marched in the city’s Pride Parade in 2016. pic.twitter.com/jBJOLiFcpX