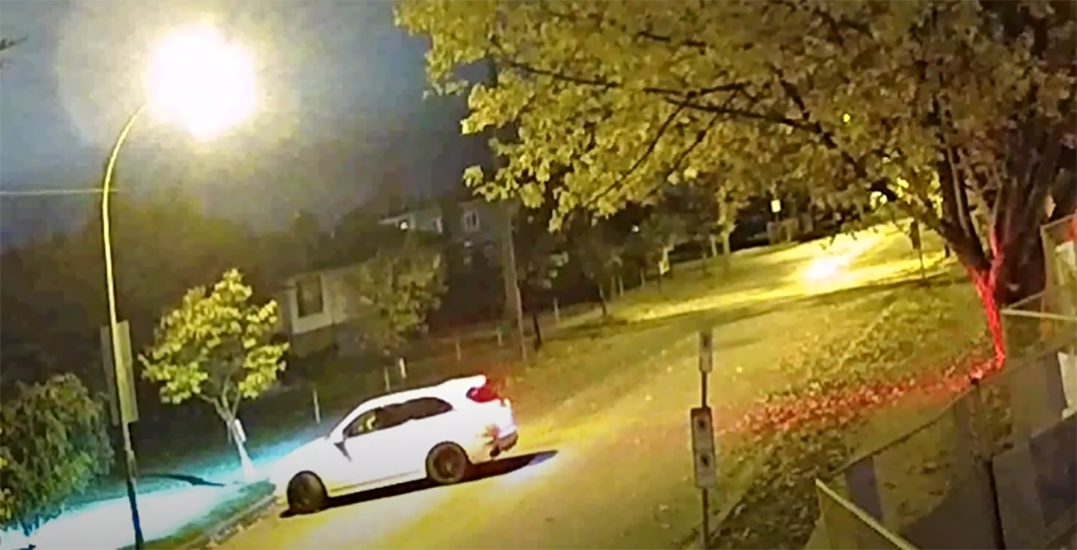 Update: Police say that Major Crime detectives were able to speak to the people involved in the incident. The investigation has now come to a closed and has been deemed “not suspicious.”

A woman was reportedly carried into a white SUV by three men last week in Vancouver’s Marpole neighbourhood.

The Vancouver Police Department says that the “suspicious incident” took place on Wednesday, October 28 at approximately 2 am, near Ash Street and West 59th Avenue.

“According to surveillance video, a woman and man were involved in an altercation along West 59th before two men arrived minutes later in a white SUV,” reads a police statement.

“The three men carried the woman into the SUV and left the area before police arrived.”

The vehicle involved is believed to be a white Porsche Cayenne GTS that was manufactured between 2014 and 2018.

The woman in the incident is believed to have blond, medium-length hair. She wore a black winter jacket with light-coloured faux fur on the collar, black tights, and knee-high boots. The men were all wearing dark clothing.

Police say at this point, however, there’s “not enough information to determine what actually took place.”

“Our investigators would like to speak to the four people who left in the Porsche to ensure everyone is okay,” says Constable Jason Doucette.