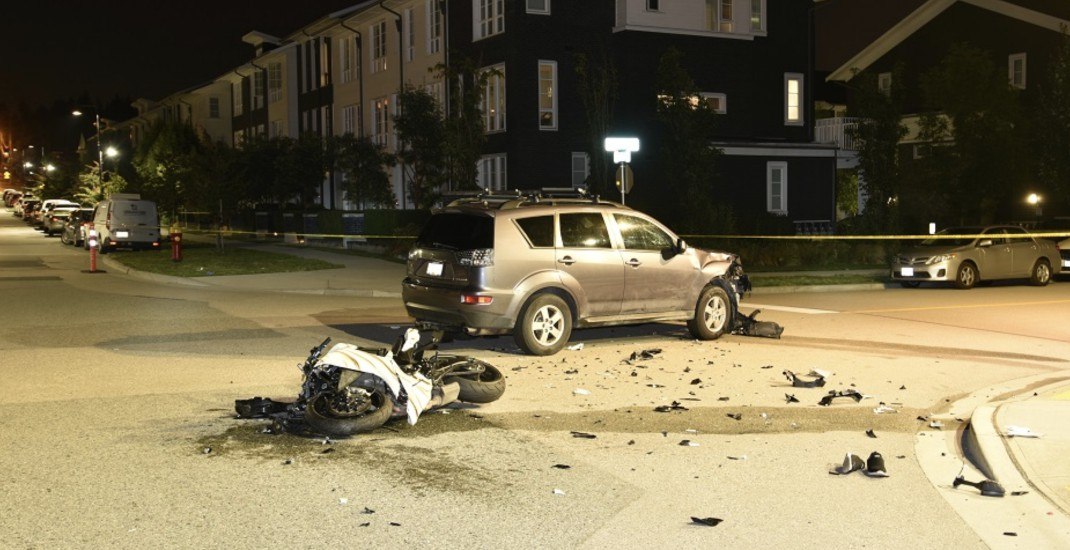 Coquitlam RCMP’s Criminal Collision Investigation Team (CCIT) is asking for witnesses to come forward after a recent collision that left a motorcyclist with life-altering injuries.

According to police, the incident took place on August 2, 2019, just before 8:45 pm an SUV was making a turn onto Emerson Street collided with a motorcycle travelling eastbound on Foster Avenue in Coquitlam.

The driver of the SUV remained on scene and is cooperating with the RCMP. The 22-year-old driver of the motorcycle has been unable to give a statement due to his injuries.

“Our investigation has determined that a dark-coloured sedan was in the area near the time of this collision,” said Corporal Michael McLaughlin with Coquitlam RCMP, in a release.

“All witnesses are useful, but anyone who was in the dark sedan may have important information and we’d like to speak to them as soon as possible.”

Police are also interested in speaking with witnesses who may have seen the motorcycle or SUV, or who may have dashcam or video of either vehicle, while they were driving earlier in the evening of August 2, 2019.