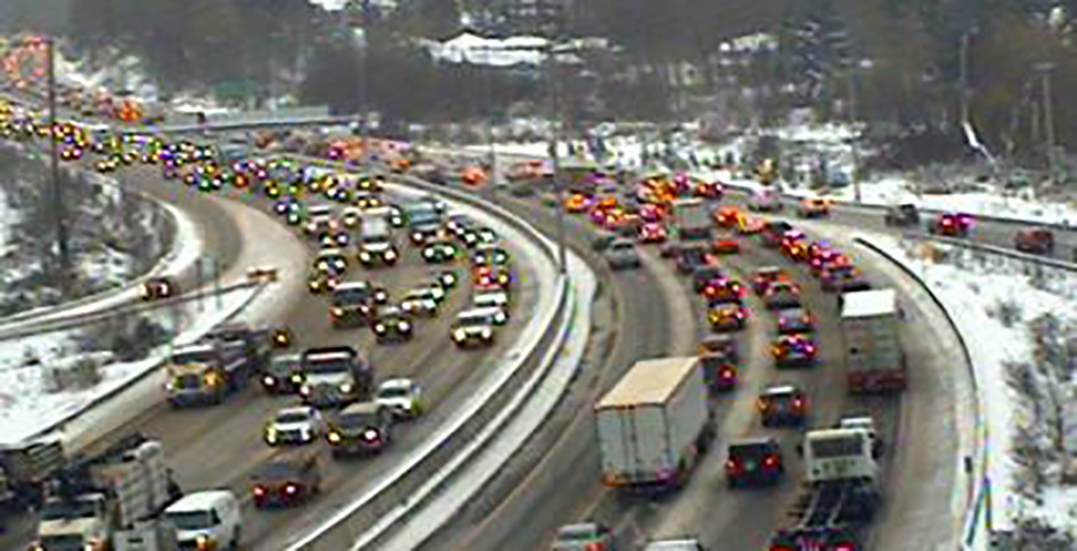 Highway 1 in Burnaby near Kensington (Drive BC)

Cold, slippery travel conditions have been the cause of several accidents on British Columbia’s Highway 1 this morning, resulting in serious delays and congestions for drivers.

Heads up lots of ice on #bchwy1 and lots of traffic this morning. Really messy out there #driveBC

Drive BC has reported multiple incidents in both directions, the first known incident being an accident moving westbound on Sprott Street that blocked the left and middle lanes.

CORRECTION – This is WB not EB https://t.co/5UrdYHeYIz

The accident was cleared by emergency services and tow trucks before 7:30 am but caused heavy delays.

A vehicle incident also occurred on Highway 1 eastbound, just after 8 am. The accident cleared quickly but caused further delays due to congestion.

Most recently, Drive BC reported a spun-out vehicle blocking the HOV and left lane westbound on the Port Mann Bridge.

A stalled semi has also blocked the middle lane on Highway 1 eastbound near Kensington, which has only added to the already heavy delays.

Drivers are being advised to allow extra time commuting to and from their respective destinations this morning and to drive with care and give extra space.