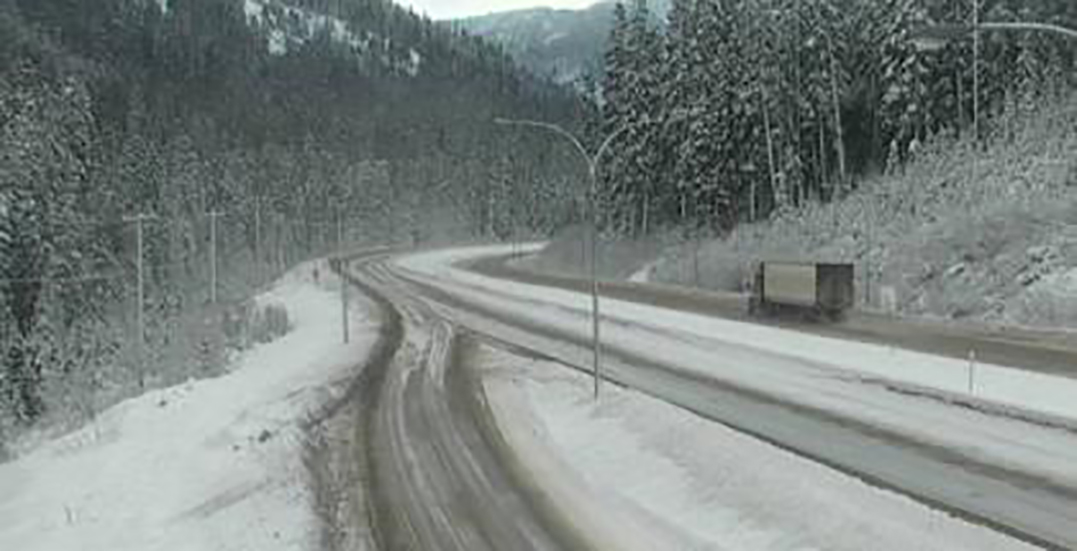 The Coquihalla Highway near the summit, looking northeast (Drive BC)

Environment Canada has issued a number of winter storm and snowfall warnings for much of southern British Columbia and major interior highways.

Starting from Thursday to late Friday afternoon, the weather agency says that “hazardous winter conditions” are expected, with up to 60 cm of snowfall.

As of Thursday morning, the following weather alerts have been issued:

According to Environment Canada, the poor conditions are the result of an approaching frontal system that’s expected to stall across the southern interior.

The amount of snow is expected to make travel exceptionally difficult, and Environment Canada warns that visibility may be suddenly reduced at times in heavy snow.