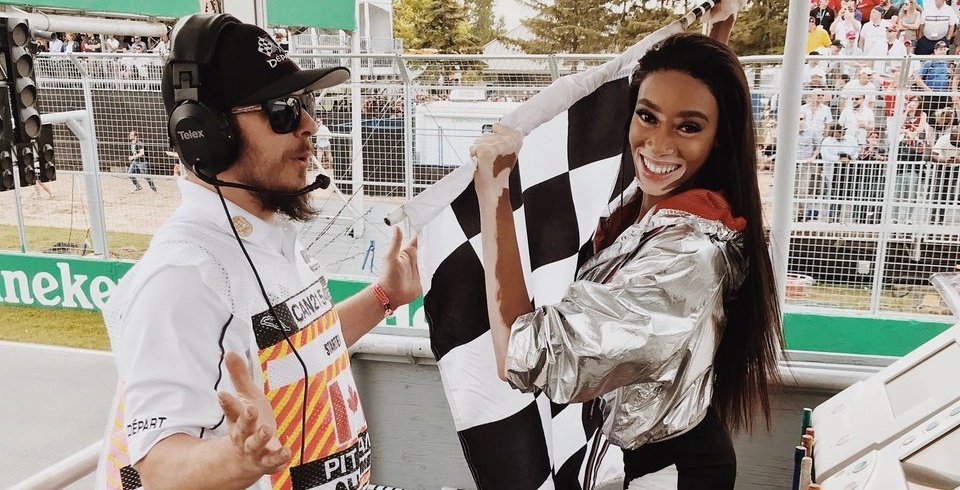 A Canadian model, Winnie Harlow, was asked to wave the checkered flag to signal the final lap of Sunday’s Canadian Grand Prix, and she did.

Just one lap too early.

Instead of waving the flag at the race’s 70th lap, Harlow prematurely waved it during the 69th lap.

The miscue could have caused complete chaos at the race but thankfully, it went unnoticed for the most part. The drivers were momentarily confused but their in-car radios steered them back on track.

Winnie Harlow justified the blunder on Twitter and claimed that it wasn’t her fault, that organizers of the F1 race told her when to wave the flag.

When you tell @WinnieHarlow to wave the chequered flag too early 🙈

Luckily for every driver on the circuit, as well as Harlow, there were no changes in positions between laps 69 and 70 and Sebastian Vettel coasted into victory unscathed.