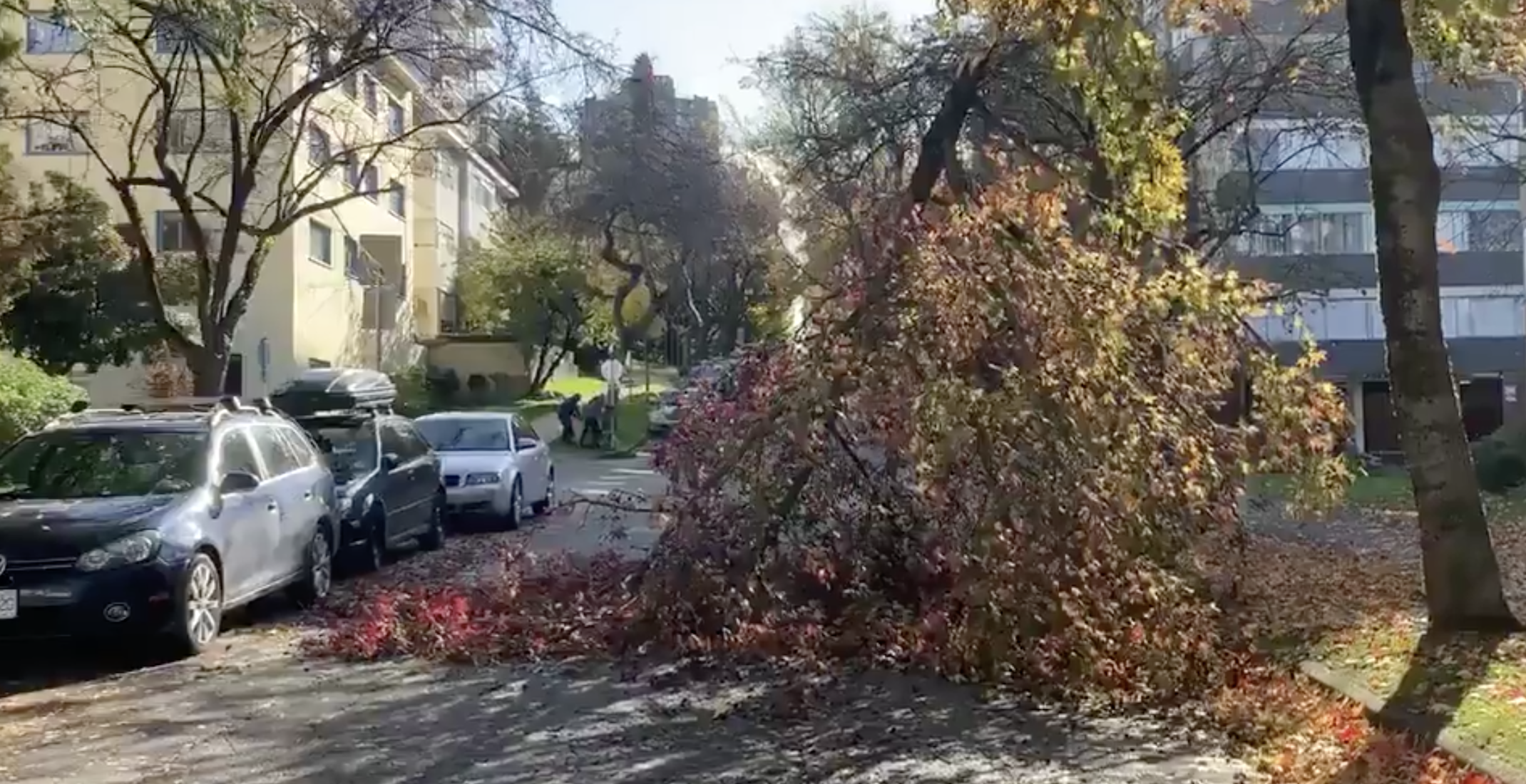 “The hardest hit areas are the Southern Interior, Lower Mainland, and northern Vancouver Island. A snow storm in the Peace region also caused damage and resulted in outages to customers in Dawson Creek, Chetwynd and Smithers,” said BC Hydro in a statement.

According to BC Hydro, outages were reported in Richmond, Langley, and Surrey, with thousands of customers in each city currently being affected due to the windstorm.

“BC Hydro crews are continuing to work to repair damaged equipment, including power lines, power poles and transformers. All available resources will continue to work throughout the evening and overnight to safely restore power.”

We’ll be responding to an outage affecting 3,600 customers in #RichmondBC. Latest info will be on our mobile site as available from our crews: https://t.co/dVzBcYKHx7 pic.twitter.com/QZh5WunLDw

Crews are enroute to an outage affecting 1,200 customers in #Abbotsford and #LangleyBC. They hope to arrive on site around 2:15 p.m. Updates here: https://t.co/CP9TaHLi87 pic.twitter.com/BdlRibGAav

We’ll be responding to an outage affecting 1900 customers in #RichmondBC #DeltaBC. Latest info will be on our mobile site as available from our crews: https://t.co/3HgXvMt2Ck pic.twitter.com/JMPmOmOu74

BC Hydro is also receiving reports of downed power lines.

“A downed power line is considered an emergency situation and members of the public should stay at least 10 metres back and call 911 immediately,” said BC Hydro.

Crews are continuing to work to repair damaged equipment, including power lines, power poles and transformers.

The high winds have also forced the closure of Stanley Park and Vandusen Gardens and ferry cancellations.

#YVR is gusting to 70 km/h & there have been reports of power outages and fallen trees in Metro Vancouver. A Wind Warning and Special Weather Statement remain in effect this afternoon: https://t.co/uzhwpbNrZZ . #BCStorm @TransLink @CityofVancouver @MetroVancouver

According to Environment Canada, a Wind Warning is in effect for the following areas: