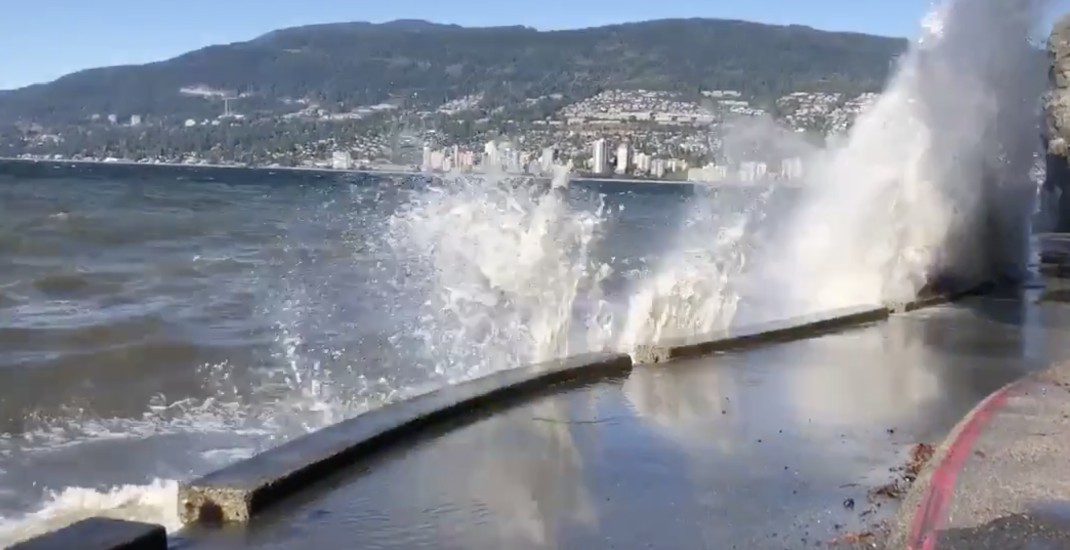 Stanley Park is closed due to high winds.

In a tweet, the City of Vancouver said the park is closing this afternoon.

UPDATE: Stanley Park is closing due to the impact of high winds. Keep following our account and @ParkBoard for further updates.

The Stanley Park Ghost Train is also closed for the day and may reopen for the 5:30 pm evening event, depending on the impact of anticipated wind gusts.

VanDusen Garden also announced it would be closing this afternoon but plans to reopen at 5 pm for VanDusen Glow in the Garden.

Due to strong winds, the garden is currently closed but we plan to reopen at 5pm for VanDusen Glow in the Garden. We will post an update on all social channels if anything changes. #VanDusenGlow

The high winds have also forced BC Ferries to cancel the following ferry sailings:

One ferry is currently operational between the Tsawwassen and Swartz Bay, a representative from BC Ferries told Daily Hive in a phone interview, though the ship, Coastal Celebration, is smaller than the rest of the fleet. It’s small size makes it more maneuverable during high winds, but also allows for less vehicle and foot passengers.

Travellers who are capable of taking a ferry tomorrow instead of tonight are encouraged to do so, as the remaining sailings at 7, 8, and 9 pm are expected to be busy.

According to Environment Canada, the warning is in effect for the following areas: