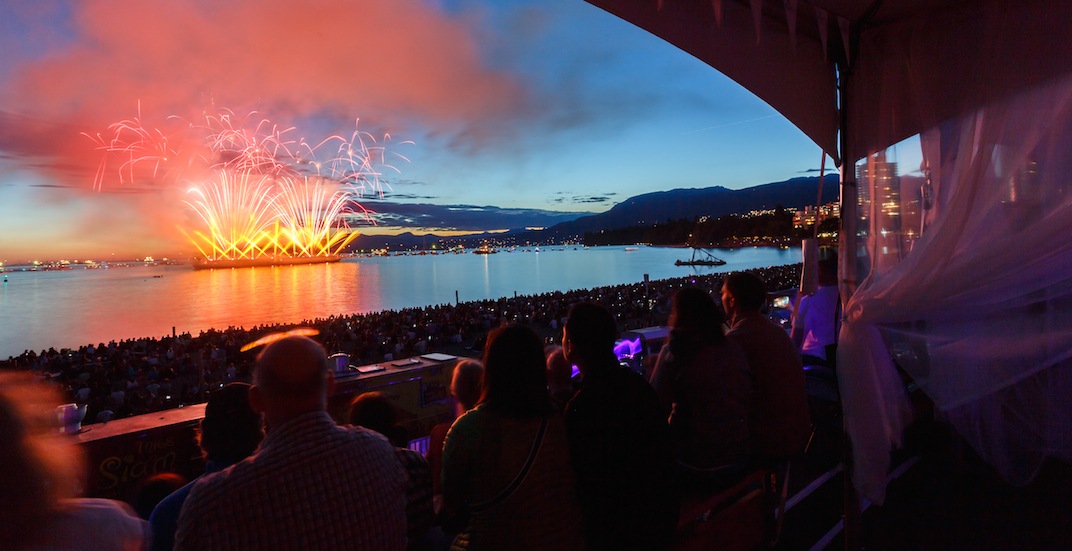 Vancouver’s highly-anticipated Honda Celebration of Light is set to light up the sky over English Bay for the 29th year this summer.

Kicking off on July 27, the international fireworks show is expected to attract a huge audience this year, after an estimated one million (plus some) people gathered in parks and beaches near the Bay during prior events.

Participating countries confirmed for this year’s event include India on July 26; Canada on July 31; and Croatia on August 3.

This is the first year that India and Croatia will perform in what is now BC’s largest public event and the world’s longest-running offshore fireworks competition.

To make sure you get some of the best seats in the city, as a media sponsor of the Honda Celebration of Light, we’re giving away two tickets to the YVR Observation Deck.

To enter for your chance to win a pair of tickets to the YVR Observation Deck,  do at least one of the following:

Contest entries will be accepted from the time and date of publishing until July 24, 2019. One winner will be chosen at random and contacted through the platform they used to enter.