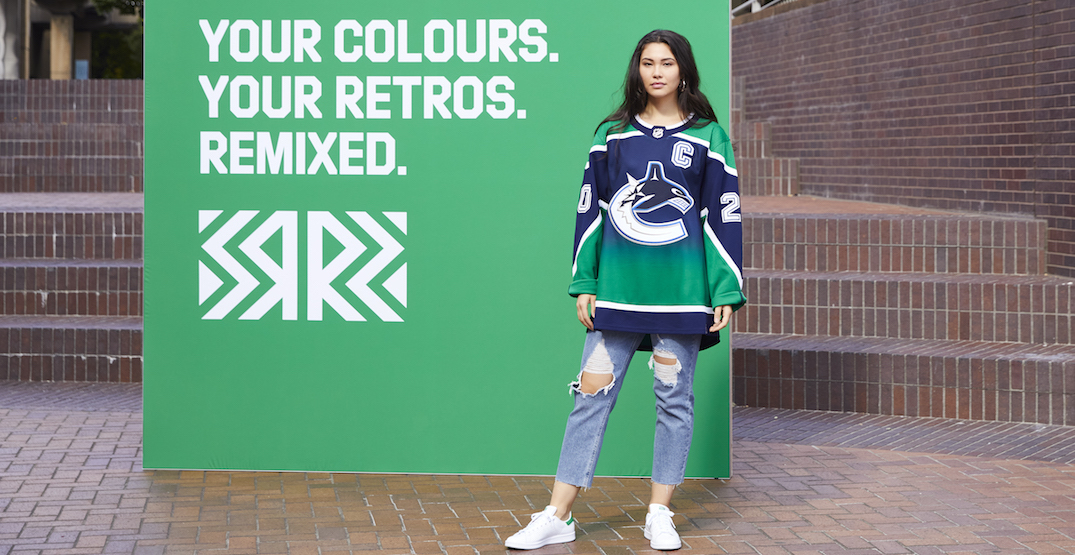 The NHL has hockey fans buzzing this week with the introduction of 31 new “reverse retro” jerseys that will be worn on the ice next season.

The Canucks chose to go with the design of their early 2000’s third jerseys, giving it a fresh new feel by incorporating green into their look more than ever before.

A reimagined classic from Canucks history. Introducing the @canucks adidas #ReverseRetro jersey. Hitting the ice in 2021. Now available for pre order in store and online at https://t.co/7X2Sql1auF pic.twitter.com/DgdqNDQTSL

“This jersey represents a turning point, a visual depiction of transition, from green to blue, from one era of Canucks hockey to the next and the start of a young emerging team with a bright future,” said Trent Carroll, COO of Canucks Sports & Entertainment.

The new reverse retro jerseys are now available for pre-order online at Vanbase.ca and can be found at the Canucks Team Store beginning December 1.

But we want to give you one for free.

To enter to win a reverse retro Canucks jersey, do at least one of the following:

Contest entries will be accepted from the time and date of publishing until 3:59 pm on November 24, 2020. One winner will be chosen at random and contacted through the platform they used to enter.