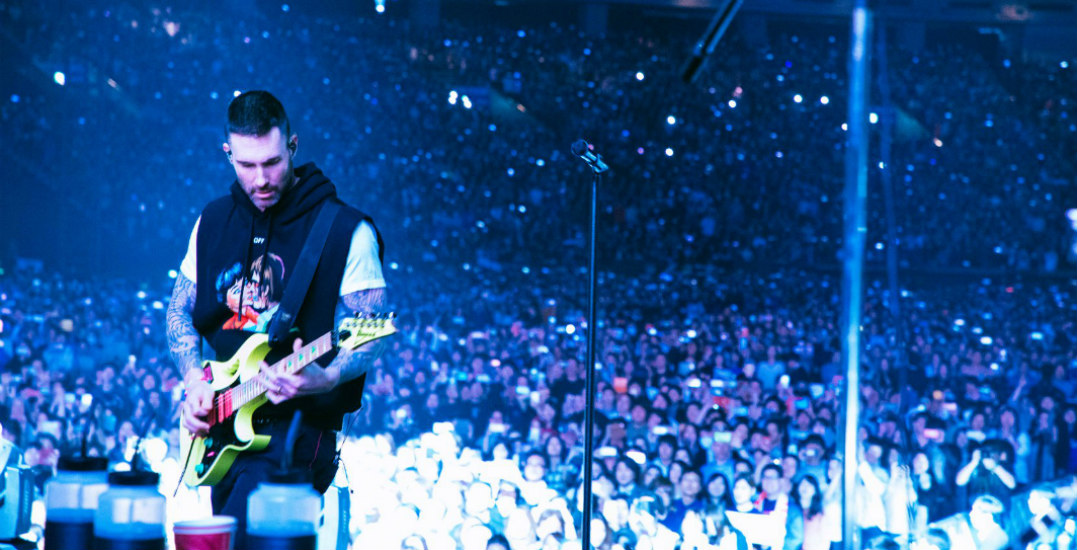 Following the release of its new single “Memories,” the three-time Grammy Award-winning band will be touring all over North America as part of their 2020 tour.

Fans of the multi-platinum band can catch the members on stage at Rogers Arena on August 14, as well as opener Meghan Trainor — who is releasing her third studio album in January.

The band’s hotly anticipated new single is the band’s first new music since the release of their global anthem “Girls Like You.”

Tickets for the tour are already on sale. A limited number of LaneOne Premium Packages will also be available, which include prime seats, transportation, preferred entrance, and more. For more details on those, check out this link.

For more information on the upcoming shows and tour dates below, click here.

Tickets to Maroon 5’s Vancouver 2020 concert are on sale now, starting at $79.50 (plus fees) at livenation.com. However, you could win two free tickets to the show simply by entering the contest below!

Contest entries will be accepted from the time and date of publishing until 11:59 pm on December 30, 2019. One winner will be chosen at random and contacted through the platform they used to enter.