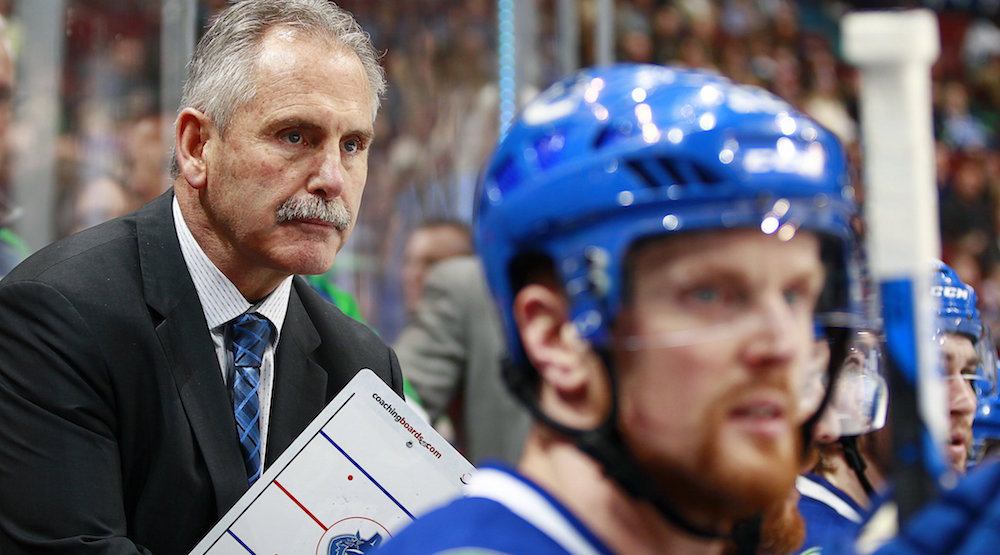 Canucks head coach Willie Desjardins has ventured into unchartered territory: even when Vancouver wins, the fans are pissed at him.

Has #Canucks twitter ever been this angry after a win? #FireWillie

I am not referring to the venom spewing from “Team Tank” whenever the Canucks manage a win. That group would view 17 consecutive losses to end the season as the equivalent of manna from heaven.

The ire of Canucks fans stems from Desjardins’ non-sensical use of his players – particularly his young players – and his penchant for making completely oddball decisions and then doubling-down on them.

Waiver wire pickup, Reid Boucher, had his best performance as a Canuck on February 28th against the Detroit Red Wings. He scored the game-winning goal and was named the game’s first star. The following game against the San Jose Sharks, he was relegated to the fourth line and played a grand total of 7:50 in ice time. He was then made a healthy scratch for the Kings game along with Sunday night’s Anaheim Ducks game.

Honestly, what rational person could explain this type of player usage?

Granted, Boucher is not the second coming of Sidney Crosby, but he is a 23-year-old winger with some offensive upside on a team that has trouble scoring goals.

This seems like a good time to remind you that Bo Horvat started the season as the team’s fourth-line centre.

The case of Nikolay Goldobin is even more puzzling.

On Goldobin ice time. Basically WD is a coach still trying to win games. Making decisions he thinks best to do that. #canucks

Goldobin scored the game-winning goal against the Kings, but played just 23 seconds in the final 27 minutes of his Canucks debut. This may not be entirely unexplainable in a close game with a player who likely does not have a full grasp of the team’s systems, however, Goldobin’s benching began when the Canucks held a 4-0 lead. Vancouver eventually prevailed by a 4-3 score.

The coach again limited Goldobin to 2:38 in the third period in the Canucks’s 2-1 win against the Ducks.

A case can be made that the Canucks won back-to-back games in LA and Anaheim in spite of their coach. Both Ryan Miller and Richard Bachman stood on their heads to preserve the wins, while Willie shortened his bench. In both games, the Canucks were outscored in the third period.

Vancouver is the second-worst team in the entire NHL in terms of goals against in the third period and are precariously close to finishing 28th out of 30 teams in the overall standings just like last season. Evidence suggests that whatever Desjardins believes needs to be done in order to win games has proved unsuccessful.

The #Canucks are 27th overall. WD needs to take a Costanza approach to trying to win games. #goldygate pic.twitter.com/DArZRqnDiD

In this era of transition, the Canucks need a head coach that is willing to develop a young core and teach that young core how to win close games. Young players only learn how to win by playing and gaining experience in situations when games are on the line.

There are few certainties in life: death, taxes, and Willie Desjardins coaching himself out of a job with the Canucks.