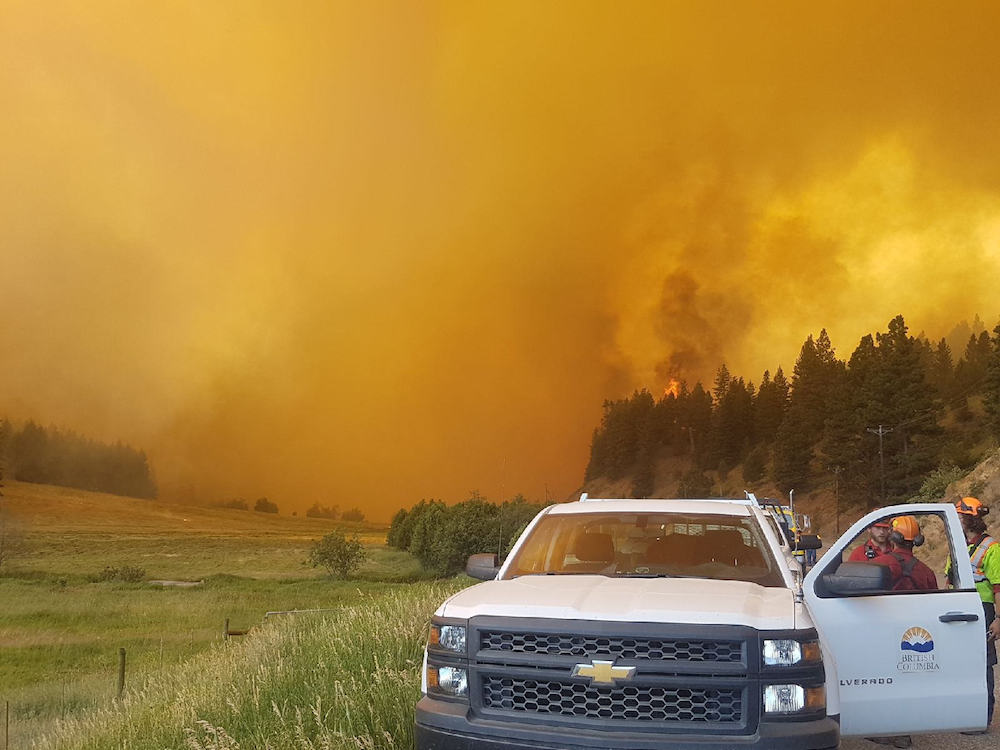 Wildfire (Government of BC)

After what it estimates was the worst wildfire season in the history of the province, the BC government is upping the ante when it comes to cracking down on preventing similar situations this summer and in the future.

This week, the government said it’s particularly targeting “irresponsible off-road vehicle users” in particular, with a number of new requirements.

The most notable new legislation is that all such vehicles are now required to have spark arrestor installed to reduce wildfire risks when operating on Crown land.

A spark arrestor is a small screen or other device that is installed in an exhaust system to stop sparks or other exhaust residue from exiting the tailpipe.

While many new models of off road vehicles (OVR) already have a spark arrestor, older models will need to get them installed.

Contravention of the new requirements could result in a fine of $460 or an administrative penalty of up to $10,000, if an ORV without a spark arrestor is found where there is a high risk of fire.

If a wildfire starts and an ORV is determined to be the cause, the operator could receive a violation ticket fine of $575, an administrative monetary penalty of up to $10,000, a court fine up to $1,000,000 and/or up to a three years jail sentence.

The person responsible could also be ordered to pay all firefighting and associated costs.

Other new monetary measures to mitigate the risk of wildfire include an amendment to the Wildfire regulation act that could result in a fine of up to $100,000 for violations related to utility transmission operations.

Examples of this would be would be when a wildfire is started by a downed power line, or when vegetation near a utility line has not been adequately maintained and a tree falls on an energized line, starting a fire.

“Similar provisions are in place for other industrial activities, so this amendment makes wildfire regulations consistent across the sector,” said Donaldson.

Last year’s wildfires claimed over 1.2 million hectares of land in the province.