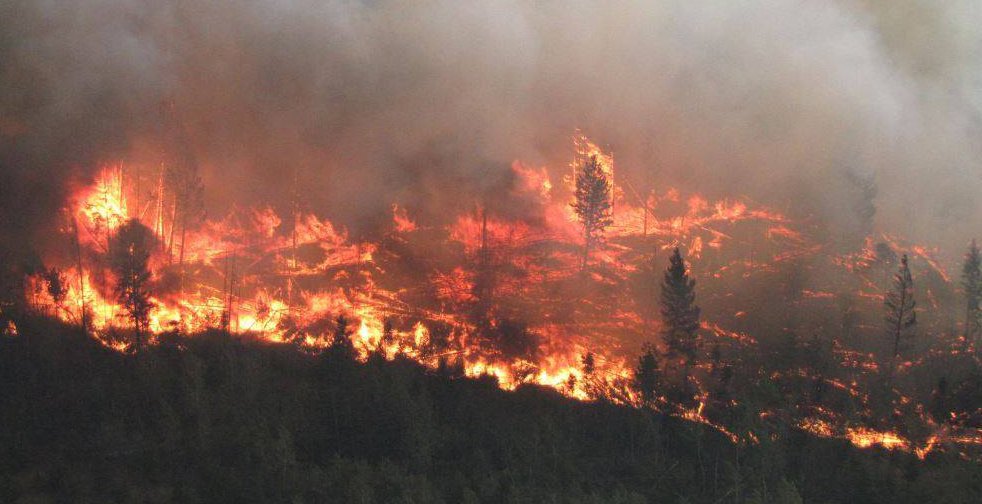 This year’s wildfire season is now the worst in British Columbia’s history, after wildfires ripped through almost 900,000 hectares of land.

In his latest update on Wednesday, Chief Fire Information Officer Kevin Skrepnek said there are 149 wildfires burning in BC, including 9 new fires that started on Tuesday.

Since April 1, Skrepnek said, there have been 1,029 wildfires across the province, which have burned through an estimated 894,491 hectares so far.

“Given how much active fire we have out there, it wouldn’t be unreasonable to say that number is going to continue to climb,” said Skrepnek.

According to Skrepnek, the previous most destructive wildfire season was back in 1958, when around 600,000 hectares were burned.

Skrepnek said there are almost 3,900 people helping to fight the wildfires right now, including 756 people outside BC, and nearly 1,500 contractors from the forestry industry.

There are also 205 aircraft being used around BC to support the efforts of those on the ground, he added.

The cost of fighting the wildfires so far this season has been an estimated $315.7 million, he said.

Lana Popham, BC Minister of Agriculture, called the situation “unprecedented,” and said she is working with the federal government to get more help ranchers and farmers.

“The strain on them is incredible,” she said. “It’s amazing that the spirit of these people is still positive and not blameful.”

“The federal government… absolutely understands the enormity of this issue and assure me they will be stepping up to help us.”

Tens of thousands of people have been evacuated from their homes over this wildfires season.

Robert Turner, Assistant Deputy Minister for Emergency Management BC, said there are 6,000 people under evacuation orders right now, and 23,000 people on evacuation alert.

Meanwhile, Skrepnek said he expects this weekend to be “challenging” as a cold front potentially brings gusty winds and the return of thunderstorms and dry lightning.

“That wind is certainly going to whip up fires that we’ve been responding to and that dry lightning could also lead to new fires starting,” he said.

Skrepnek urges everyone to be careful doing any activity that could spark a wildfire, and notes that campfires are banned across almost the entire province.

“This lightning forecast… makes it even more critical that we’re doing everything we can to prevent human-caused wildfires,” he said.