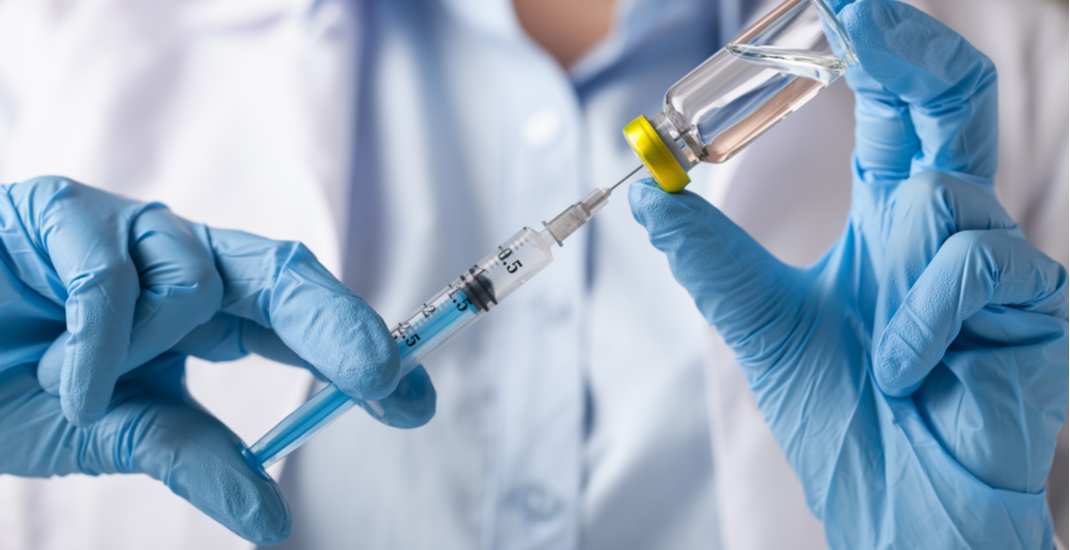 BC had barely launched its mass vaccination plan last month when one thing became crystal clear: We didn’t have enough vaccines to meet our schedule. Today, we still don’t.

The province’s ambitious timeline to get you a shot — starting now with seniors and vulnerable communities and then proceeding by age until October — were thrown off by Canada failing in recent weeks to receive the amount of Pfizer and Moderna vaccines it had been expecting.

The delays have piled up, pushing provinces like BC further and further behind.

Canada has fallen to around 50th place among countries in its cumulative doses per 100 people, as measured by Oxford University’s Our World in Data tracker.

We’re well behind Israel, the UK, the United States, Belgium, Sweden and France, to name a few.

Prime Minister Justin Trudeau insists we’re still on track to give a vaccine to every Canadian who wants one by September.

But as he visibly struggles with supply, he’s taken a beating from his critics. The question is: What did Canada do wrong to end up so far behind?

“One can say why the heck are we not getting the vaccines? The answer to that is pretty reasonably straightforward: Constrained capacity,” said Mahesh Nagarajan, a professor at the University of BC’s Sauder School of Business who specializes in vaccine supply chains and distribution.

“It’s a new vaccine. It’s not like making a candy in a large factory. So they are figuring out the distribution, have to increase the capacity, the demand was very high, the vaccine approval was uncertain, and nobody knew who would get approved first.”

The COVID vaccine is the hottest single item in the world, outstripping the latest iPhone or tech gadget of the moment.

“The whole world wants this vaccine,” he said.

The provinces left it up to Ottawa to negotiate for vaccines, recognizing the country as a whole had more bargaining power than individual provinces.

The Trudeau government inked contracts with Pfizer and Moderna — the two largest vaccine manufacturers with what looked like the earliest approvals.

We don’t know what the terms are, because Ottawa has refused to make those contracts public. What did Canada offer? Was it outbid by other countries willing to pay more? Could it have cut a better deal?

“One thing we did not do is pay a premium for vaccines,” said Nagarajan.

“That’s what I would do is say the cost of the economy shut down is too high, let’s pay a premium.”

Canada wasn’t sure when health regulators would approve the vaccines and when the factories – located in other countries – would ramp up supply.

Our contracts, negotiated last summer, stipulate major deliveries in April 2021. But the vaccines were approved by health regulators earlier than expected, leaving Canada to plead for early deliveries.

At first, the companies agreed to push out its contractual doses early. But the vaccine is so valuable, other countries started exerting more pressure and cutting better deals. Canada has watched its early doses dry up.

Big-footed by our friendly neighbours

The United States, which mismanaged the COVID-19 crisis as it lurched through the precedence of Donald Trump, has no shortage of vaccines.

That’s because both Pfizer and Moderna are American companies, helping Americans first.

Pfizer has an enormous plant in Kalamazoo, Michigan, dedicated entirely to pumping out vaccines for Americans. It won’t share.

The United States is now vaccinating an average 1.6 million people per day – more than Canada has vaccinated so far in the entire crisis.

Making our own vaccine

Which begs the question, why didn’t Canada manufacture its own supply of vaccines?

The Trudeau government has said it offered Pfizer a deal to produce here, and was rejected. But that too is cloaked in secrecy.

“We are not privy to what our offer actually was,” said Nagarajan. “It needs to make good business sense for Pfizer.”

Early on in the crisis, Canada did cut a deal with Chinese company CanSino Biologics, to test and manufacture a supply of that vaccine for Canadians. But China stepped in and blocked exports to horde its supply.

Trudeau took flak for the failure at the time, but he may have dodged a bullet. CanSino has been shown to only be roughly 66 per cent effective, compared to Pfizer and Moderna, which are in the high 90 per cent range.

After CanSino, Canada settled in to the idea of it would have to simply buy the vaccines from whomever would sell them to us.

So we ended up dealing with the European arms of Pfizer and Moderna. Then the European Union pulled a page out of the American and Chinese playbooks by warning it might curtail exports until its citizens are vaccinated first.

Frustrated, Canada tried to pivot again this month, inking a deal with Maryland-based Novavax for a new vaccine it could manufacture out of a National Research Council facility it will spend $125 million to renovate. But, Novovax hasn’t been approved, the facility hasn’t been retrofitted and Trudeau was forced to admit Novovax isn’t going into people’s arms until 2022 at the earliest.

Canada’s failure to buy or build its vaccines makes it an easy punching bag for critics who say we should have learned after the SARS outbreak how important it was to be prepared for a pandemic.

But people forgot about SARS quickly after 2003, and politicians returned to their own world of competing priorities and budget constraints.

“I would say again this is not something I’d blame the government too much,” said Nagarajan.

“There’s all this pandemic planning for vaccines but nobody takes it seriously. There’s all these movies where it’s like oh you are going to turn into zombies, but it’s never going to happen.

“Imagine yourself to be a government where things are going fine and there’s no pandemic – are you going to invest billions of dollars for manufacturing capacity for something that is a low likely event? The public is going to be pissed. They are going to say, what about all this other stuff you aren’t spending on?”

From worse to better

Canada’s low point came earlier this month when it exercised an option to buy vaccine from a global pool that earmarks vaccines for poorer countries who can’t afford to buy their own supply on world markets.

The vaccine it bought, called Astrazeneca, isn’t even approved for use yet in Canada.

The BC government has tried to remain publicly optimistic, even as it has watched Ottawa flounder.

“Blaming the federal government will not get one more vaccination delivered in BC,” said Premier John Horgan.

“The last thing people need in this country is to hear bickering between the federal and provincial governments on something of this magnitude – you won’t hear it from us,” said Health Minister Adrian Dix.

BC says it expects its supply to improve next week, and a return to its vaccination schedule by the end of the month or March.

It’s a race now to vaccinate as many people as possible before the U.K. and South African variants of the virus – which are much more contagious – become the dominant strains and overwhelm the health care system.

BC eyes the Manitoba model for vaccines

While most provinces have maintained unity with Ottawa on vaccines, Manitoba broke ranks recently to announce it had brokered a deal to buy vaccines from Providence Therapeutics, based out of Calgary.

That vaccine has yet to be approved and its effectiveness is unknown.

Nonetheless, Manitoba Premier Brian Pallister said he made the move because he wasn’t convinced Ottawa could deliver on the number of vaccines his province needs.

BC is set to meet with Providence Therapeutics as well, Dix said Friday, signalling this province too may shift its strategy to respond to persistent frustrations.

“Certainly we’re interested in anything in the long-run that would create stronger domestic capacity. With 162,982 people having received at least one shot so far, BC’s vaccination rate is roughly 3.8 per cent.

“Right now we’re focusing on the immunization for 4.3 million British Columbians,” said Dix. “This is our top priority.”