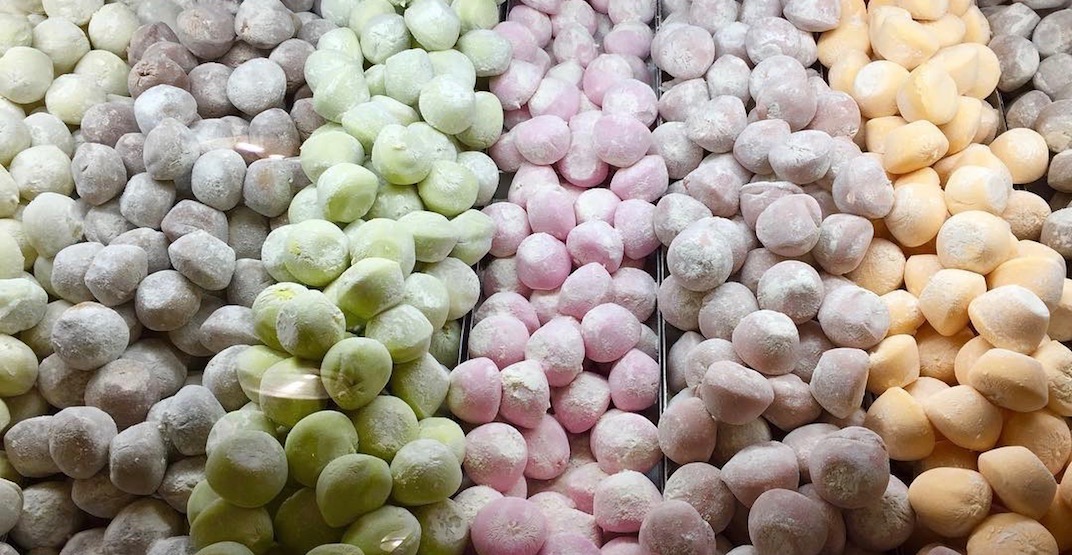 Up until now, the grocery store has only offered their infamously popular self-serve mochi bar at their new North Vancouver location (the Canadian pilot store for the mochi).

Now, there will be five spots in BC that have this offering for the first time ever.

If you’re unfamiliar with this treat, you should know that it’s a Japanese-inspired dessert made by covering bite-sized balls of creamy ice cream with a sweet Japanese rice dough.

Individual mochi ice creams are now available in self-serve cases at these additional locations and patrons can choose from a variety of flavours including chocolate, vanilla, strawberry, salted caramel, and a handful of ever-changing seasonal ice creams too.

A single ‘scoop’ of mochi from Whole Foods will run you around $2.29, but realistically you’re probably going to opt for the $12.99 for six combos, because who can have just one?

This new offering has also been added to seven locations in Ontario as well.

Here’s where you can get the new self-serve mochi ice cream at Whole Food Market in BC: