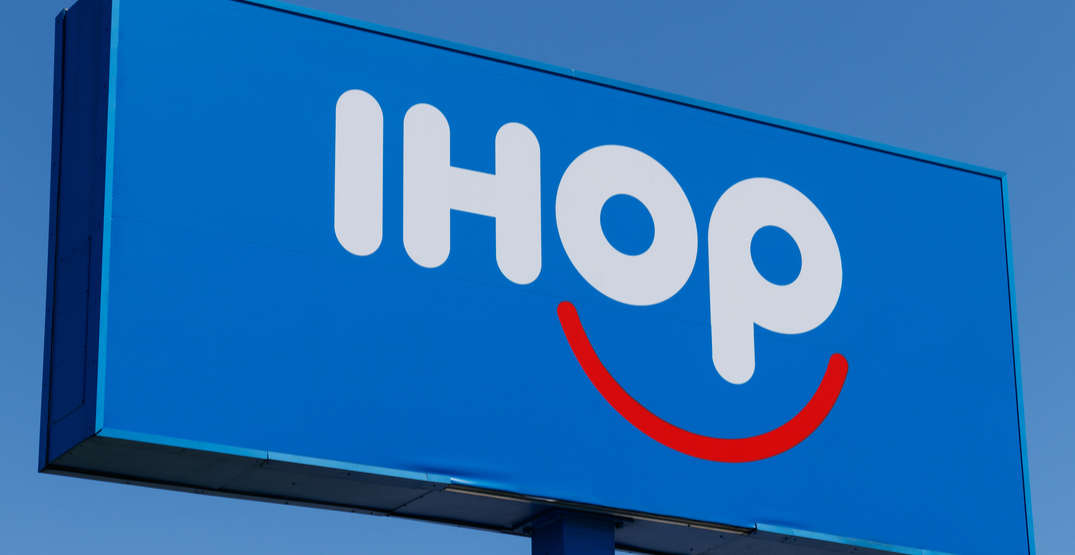 On June 4, IHOP (aka the much-loved International House of Pancakes) announced on Twitter that they would be changing their name to IHOb – emphasis on the lowercase b.

So what could it stand for? Breakfast? Brunch? Bacon?

Your guess is as good as ours, but the legendary pancake spot even has a poll going on Twitter to generate buzz before the announcement.

Whether it’s a joke or a legit name change, people are not happy with this upcoming letter swap.

In fact, people are shook.

International House Of Better put that damn P back where it belongs🙄 #IHOb #ihop https://t.co/gPuyDUBoyS

Why would @IHOP change their name?? #IHOP #IHOb Did people really think they ONLY had pancakes?? Next Waffle House is gonna change to breakfast house #NotMyIHOP #NotMyAmerica #WhyGod #SatanAtWork #InternationalHouseOfBullshit

Guys…@IHOP is changing their name to #IHOb

I cannot handle this type of change.

#IHOb is either a joke or the “b” stands for breakfast. Either way, hella stupid.

#IHOP is changing its name to #IHOb and will tell us why next Monday? They better be changing their name to the International House of Bacon or I’m gonna be ticked… pic.twitter.com/bfxKKq6PT5

Besides being genuinely angry, responses on Twitter regarding the name change are just downright hilarious.

INTERNATIONAL HOUSE OF BOLLOCKS!!!! YAAAAAY!!! What do I win??? #IHOb @IHOP

#ihob international house of banter judging by the funny tweets