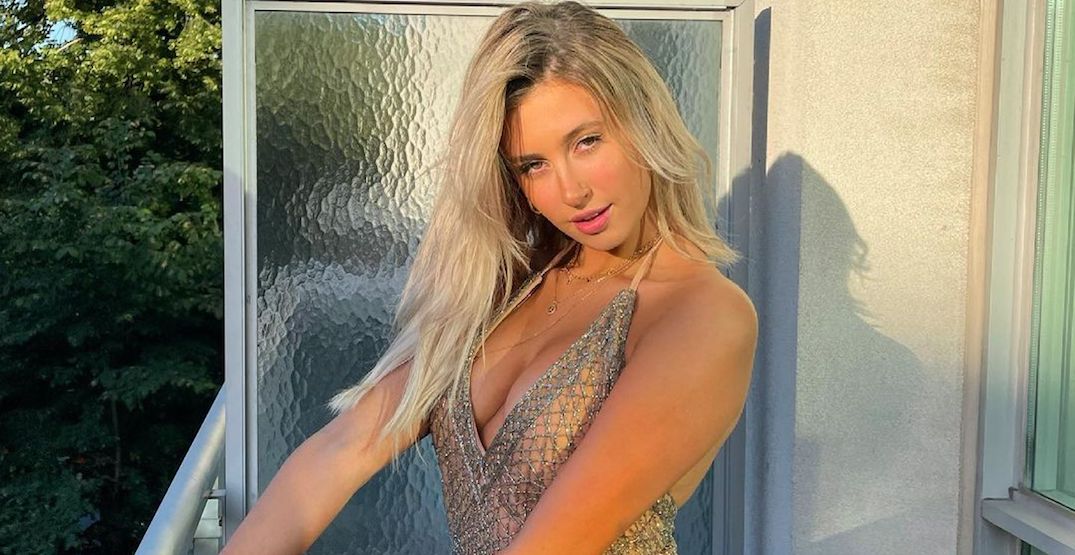 Netflix’s Too Hot To Handle is back for a second season just in time for summer! Toronto’s own Carly Lawrence is among the cast on the racy dating show this year, where cast members are taken to a luxe 8,000 sq ft villa in the Turks and Caicos to compete for a $100,000 prize.

The caveat? They have to avoid any sexual contact with any of the other hot — no pun intended — cast members.

The 24-year-old took to Instagram to share the news she had been cast on the reality series on June 15.

“SECRETS OUT!!! I have been waiting months to be able to finally share what’s been going on in my life,” she began the post, including her official promo shot from Too Hot To Handle.

“I’m excited (and nervous) for you all to watch me on this series but nonetheless I wanna thank you all for your support!… wahooooootttttt,” she wrote.

The blonde is born and raised in Toronto, where she works as a model and influencer for local brands like swimsuit designer Hayley Elsaesser. Beyond her professional partnerships, she boasts over 100,000 followers on Instagram and markets herself on OnlyFans, YouTube and TikTok.

According to Netflix, she is also a professional dancer, who used to participate in competitions before turning her attention to modelling.

Outside of her modelling career, she appears to love travel: her Instagram account boasts photos from recent trips to the 1 Hotel in Miami, Los Angeles, Atlanta, and Fort Lauderdale. On a trip to Las Vegas, she also appeared to party with celebrity DJ Diplo, and go boating with him at a nearby lake.

So far on the series, Carly has developed a strong connection with Seattle native Chase Demoor, who has a Canadian connection himself: the 24-year-old football pro has played for the CFL as part of the Montreal Alouettes.

A post shared by Too hot to hande – Chase 👑 (@chasedemoor)

The pair have already broken the rules set forth by Lana — the show’s virtual host — about physical contact by sharing a kiss.

Despite her admission that Chase is the only guy she’s “truly” interested in on the show, she also kissed fellow contestant (and TikTok star) Peter Vigilante. Carly has already described herself as a “man-eater” on the show, describing her “type” as men with piercings and bald heads.

As per the show rules, any physical contact results in the deduction from their prospective $100,000 prize.

“I hadn’t watched it before so I didn’t really know what was going on,” Carly confessed in a recent interview with Bustle ahead of the show’s premiere.

“In my head, I was just like, ‘Well, this doesn’t really change anything for me,’ so I still continued to do what I wanted to do…Plus I’m bad with following rules anyway,” she said.

Carly is the second Canadian to be featured on the series: last year, Vancouver’s Francesca Farago was one of the show’s 10 winners.