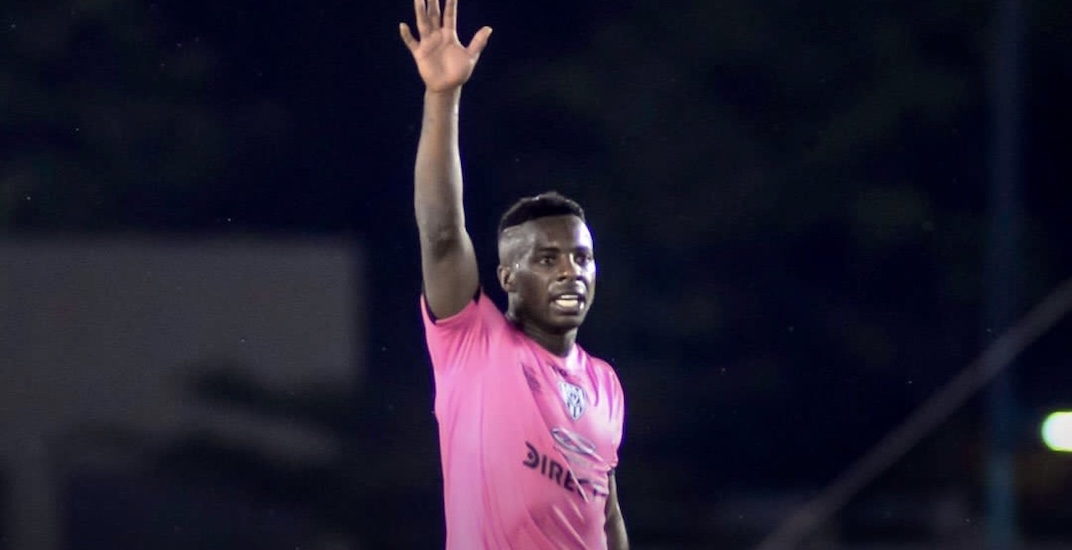 The Vancouver Whitecaps are on the verge of another significant offseason signing. Daily Hive has learned that Colombian winger Cristian Dajome is expected to join the Whitecaps on a free transfer signing, confirming a number of reports out of South America.

This is an excellent signing for Vancouver Whitecaps. Dajome is an incredibly quick, nifty winger, with good finishing abilities from wide positions.

I am also told he could come in a very economic deal for Whitecaps and as a free transfer. We'll have to wait and see. #MLS https://t.co/ZpIdEPmFmD

Cristian Dájome to #VWFC seems to be done (h/t @GlassCityFC).

Have to say, hell of a signing for the club. pic.twitter.com/gXkCAPTzRU

The 26-year-old would bring pace and needed creativity to the Whitecaps midfield. The winger’s vision and strong counter-attacking play could help provide Vancouver with another dangerous weapon alongside prized offseason signing Lucas Cavallini.

The impending arrival of Dajome hasn’t all been smooth sailing. His future in Vancouver was questionable after unconfirmed reports suggested that he might have been looking to terminate a pre-contract with the Whitecaps to sign with Brazil’s Corinthians.

Cristian Dájome to Vancouver or to Brazil? There are reports that a deal to #VWFC is done. Stories of a pre-agreement are true but no deal has been finalized at this point. #Whitecaps

This is getting interesting 😬

He says Dájome is seeking to terminate his contract with the Whitecaps in order to take Corinthians’ offer. #VWFC https://t.co/zwwlAtAdz0

Coach Marc Dos Santos only wants players who want to play in Vancouver. What does that mean for Dajome?

“I had a talk with a player two days ago that is wanted in South America,” Dos Santos told reporters this week. “He was clear with me that ‘I want to player in Vancouver, I want to be there.’ Those are the last things that we need to confirm. We want players that want to be here.”

The Whitecaps are expecting to make two signings before training camp opens at UBC on January 20. Dajome’s signing isn’t across the line yet, but it’s getting close.

“The ninety-nine percent is always the easiest to get to,” Dos Santos described the process of completing a signing. “Sometimes you get to the ninety-nine percent in five days and then that one percent is a month. That’s the challenging part right now. We’re excited if we can land the pieces that we’re trying to get. You guys are going to read rumours and all that. Until it’s not confirmed by us, it’s only rumours.”

Further rumours have indicated that Erik Godoy and Michaell Chirinos could return to the Whitecaps. Godoy’s rumoured purchase price of $1.5 million from Club Atletico Colon in Argentina would make him the most expensive centre back in Whitecaps history.

The Buenos Aires native, who started 28 games on loan with the Whitecaps last season, was one of the club’s most durable players, finishing second in minutes with 2596.

“Just to be clear, Erik is a player that we all want here and we’re working to do everything we can to bring him back,” said Dos Santos. “Most importantly, Erik wants to be here.”

Chirinos joined Vancouver on loan from Club Deportivo Olimpia in August, scoring one goal and adding an assist in seven matches.

Has the door closed on him returning?

The silly season is in full swing and the Whitecaps are ready to add pieces to their roster. Dajome would add a valuable player to a Vancouver team that struggled to score. The Whitecaps open the regular season at home to Sporting Kansas City on February 29.