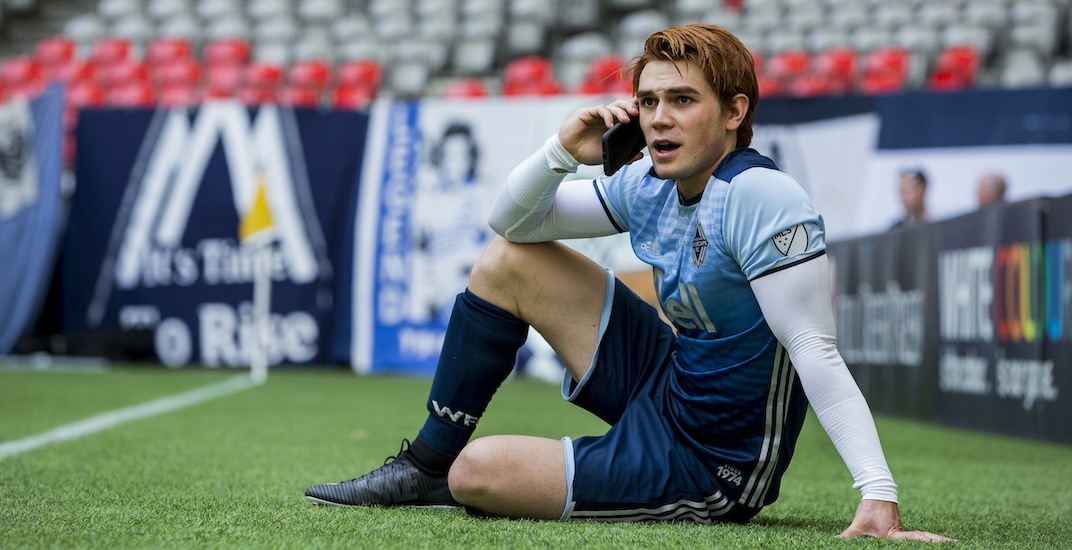 The Vancouver Whitecaps are flexing Hollywood North’s muscle, with 34 celebrities confirmed for their second annual Legends & Stars charity match in support of BC Children’s Hospital.

The number of celebrities attending the September 15 match is nearly double from last year’s event.

As we told you last week, seven actors from the hit show Riverdale have confirmed their attendance, highlighted by KJ Apa, who plays Archie on the show.

Stars from other television shows filmed locally will be there, including returnees Colin O’Donoghue (Captain Hook/Once Upon A Time) and Lindsey Morgan (Raven Reyes, The 100).

Tickets for the charity match are just $5, but must be accompanied by a ticket to the Whitecaps/Sounders MLS match that follows.

Once Upon A Time