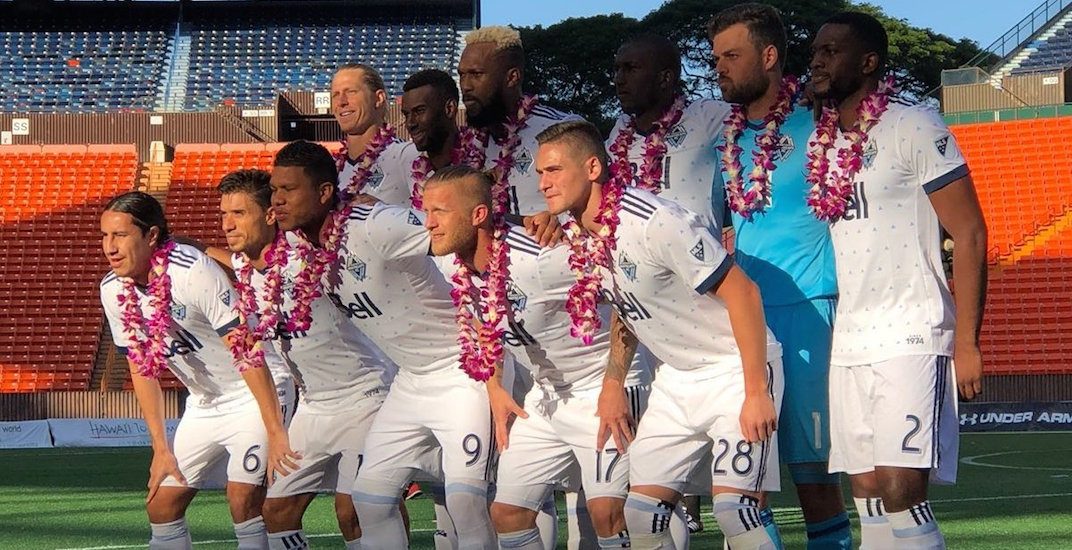 With the Vancouver Whitecaps in Hawaii preparing for the start of the MLS season that begins next month, Daily Hive has tasked second-year MLS defender Jake Nerwinski with keeping us up to date. You can read his debut article here and his second entry here.

I’ve got some exciting news that I’d like to share with you first. A few days ago, I agreed to a contract extension with Vancouver Whitecaps FC – and now it’s officially official.

We discussed before, if I played and showed well in my rookie season, that they would reward me. I think it’s really important for the club to show that commitment. It means that they value me and want me to grow here. And I want the same.

I’m extremely happy to be in Vancouver.

I love the city, the fans and stadium are awesome, and it seems the staff here truly care about its players. That’s the main reason I want to be here. They really want you to become the best possible player and person you can be and they always take the time to make sure you’re okay. I’m still a young guy growing up in this professional world, and there’s been a bunch of staff that have taken me under their wing.

One person who has kind of become a mentor for me is Pa-Modou Kah.

I met him at the draft combine and I think he’s the one who was instrumental in really getting me here. I’ve just listened to anything he’s had to say (and anyone who’s familiar with Pa will know that he has a lot to say LOL), because I really value his opinion and his soccer intelligence. I also really appreciate the extra work he has done with me individually, often pulling me aside for 30 minutes after training to work on the little things he thinks I need to improve on to be successful in this league.

All the coaches have told me that my second year is going to be the hardest.

Coming off a pretty decent rookie year, everybody talks about that sophomore slump. But I’m not even going to think about that. My first goal is to get on the field and win that starting spot. Nothing is really guaranteed or given to anybody right away. I just have to stay focused and work even harder.

That’s the least I can do. I’m really pleased that the club is investing in me and I will make sure their confidence is validated.

Coming soon to a stadium near you – Hawaii Five-0: #VWFC Edition