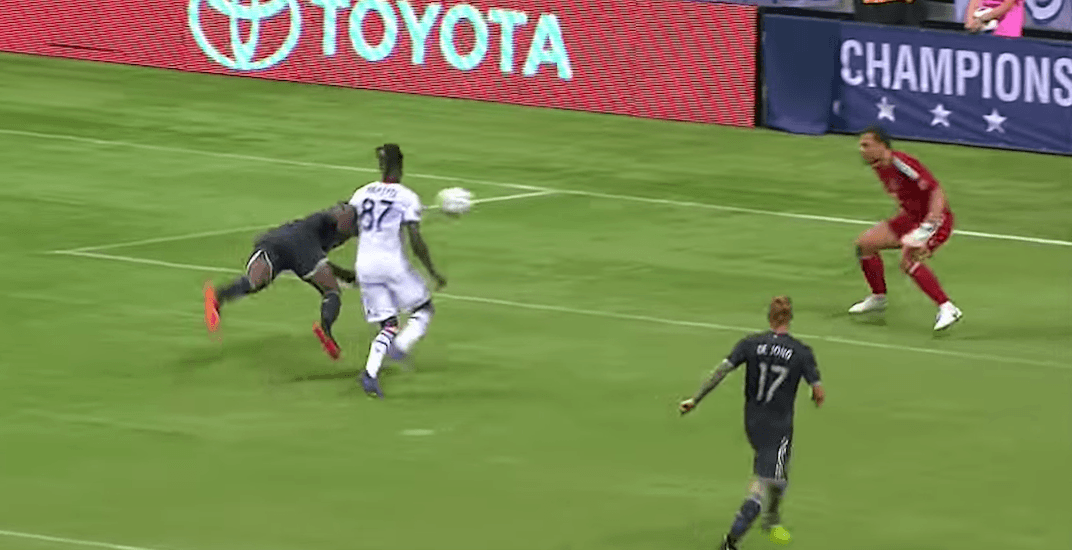 The Canadian Championship has offered up cruel and unusual punishment for the Vancouver Whitecaps over the years.

Wednesday night was no exception, as the Whitecaps had a crucial win snatched from them in the final seconds of the first leg final against Toronto FC.

Vancouver overcame a red card by Felipe in the 45th minute, forcing them to play down a man for the entire second half, to score the go-ahead goal. Second-half substitute Erik Hurtado scored the marker in the 84th minute, which looked like it would stand up as the winner.

The Whitecaps cruised through most of the additional five minutes added on, poised to take a 2-1 lead back to Toronto next week.

That’s when the cruel and unusual part kicked in.

TFC captain Michael Bradley sent a long ball into Jozy Altidore, who headed the ball into space in the box. With Tosaint Ricketts on his tail, Whitecaps defender Doneil Henry dove for the ball in desperation.

He headed the ball into the back of his own net on the final play of the match.

Late drama and another crucial away goal to tie things up once more#TFCLive | #VANvTOR | #CanChamp pic.twitter.com/vL91EBJ734

The goal silenced the crowd, surely giving everyone flashbacks of Will Johnson’s dramatic goal to steal the Canadian Championship for TFC at BC Place in 2016.