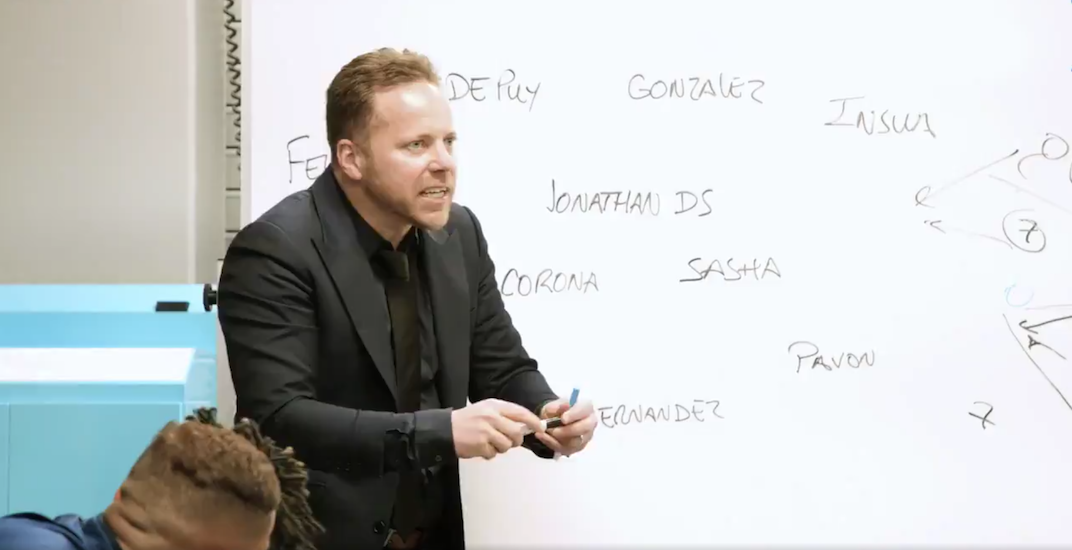 Playing on the road, against the perennial powerhouse LA Galaxy, the Vancouver Whitecaps got some inspiration from their head coach.

After watching Marc Dos Santos’ pre-game speech, it’s no wonder the Whitecaps scored a 1-0 upset for their first win of the season. With fiery intensity, Dos Santos urged his players to “fight as a team,” and “stick together,” with a few expletives mixed in for good measure.

Warning, you’ll be ready to run through a wall after you watch this:

“Yes, we’re a little bit of a young team in the age, but you guys have it here (mentally),” said Dos Santos. “F*cking go out there, give the best that you have. If each one of you individually gives his best, collectively we’re going to get it done.”

And that’s what happened.

The only goal of the match was scored by Whitecaps forward Tosaint Ricketts, converting after a nice set-up by teammate Ali Adnan.

Dos Santos’ inspiring words weren’t limited to before the match, as you can see from his halftime speech below:

if you were wondering what the boss said at HT 💪#LAvVAN | #VWFC pic.twitter.com/Az42VW40zz

The win by the Whitecaps spoiled the home debut of Chicharito, the Galaxy’s new high-profile addition from Mexico.

“It was what we worked on since day one,” Dos Santos said of his team’s play after the match. “If you come to big games like that and you don’t set the tone, big teams like the Galaxy are going to slowly impose their game. You have to make it uncomfortable for them. That’s what we didn’t do against Sporting (in the first game of the season) and we did today. If we do that, we’ll always have a chance to win.”

With a 1-1 record, the Whitecaps return home to BC Place this Saturday for a match against the Colorado Rapids at 4 pm.