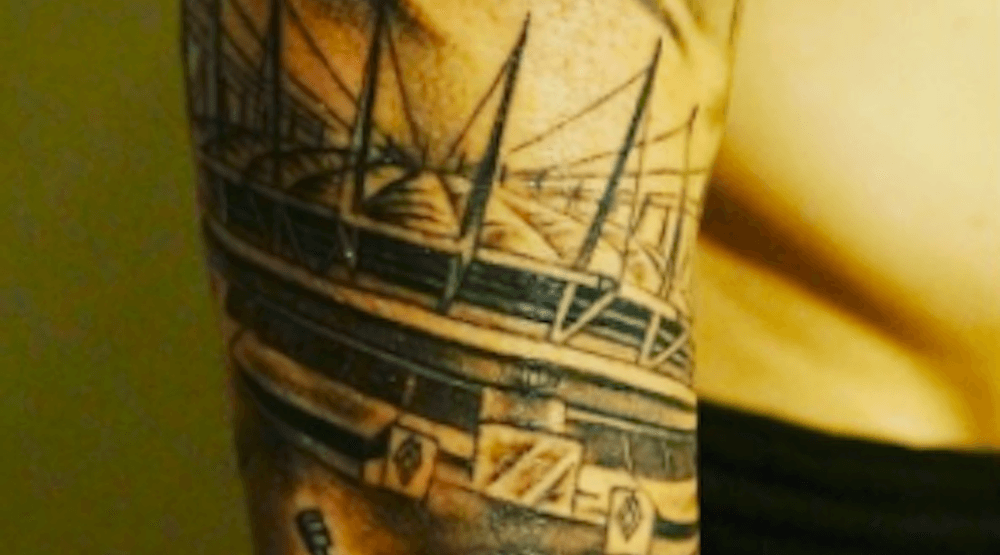 Acquired during Vancouver’s first season in MLS in 2011, Harvey has been a fixture at left back for the club ever since. Along with Russell Teibert, the native of Mission Viejo, California is one of only two players remaining from the Whitecaps’ inaugural season.

And now, as he prepares for his 250th MLS game, Harvey is showing how much Vancouver means to him, in a permanent way.

Built my family, career and many great relationships in my 7 years in Vancouver. Thank you @samdusenberry for capturing it all. @_kimcaldwell #TributeToVanCity

The 33-year-old defender has added to his sleeve tattoo, including images of Vancouver on his right forearm.

“Built my family, career and many great relationships in my 7 years in Vancouver,” Harvey explained on his personal Instagram account.

Tattoo artist Sam Dusenberry was credited for his artwork depicting BC Place, along with his wife and daughter walking in English Bay.

Harvey and the Whitecaps are looking for their second win in a row tonight in Colorado, before finishing up their four-match road trip next week in Houston.