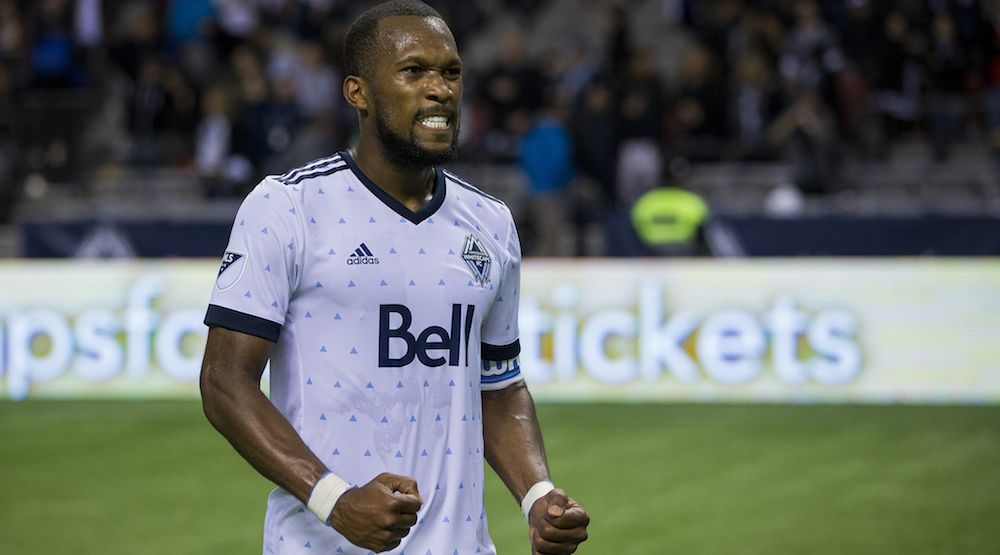 The Vancouver Whitecaps closed out a disappointing 2018 MLS season on Sunday afternoon on a positive note, defeating the Portland Timbers 2-1 in front of 25,348 people at BC Place.

With Alphonso Davies off to Bayern Munich, the Whitecaps now head into an offseason full of uncertainty, with no head coach and the majority of the squad out of contract for 2019.

Word on the street is that Marc dos Santos, the current assistant coach at Los Angeles Football Club, will be named as successor to Carl Robinson, who was fired by the Whitecaps several weeks ago after the team was on pace to miss the playoffs for the second time in three seasons.

The question remains that with a new coach and manager on the horizon, which of the current players will be on the roster come opening day next season? Here’s what’s likely to happen with notable Whitecaps players this offseason: 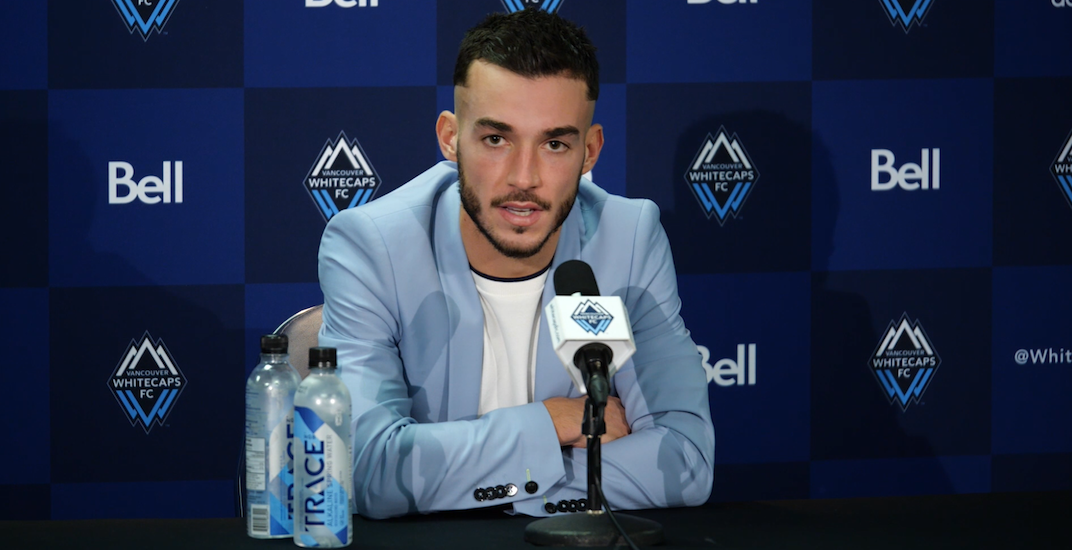 Longtime Whitecaps midfielder Russell Teibert recently celebrated his 10th anniversary with the club, eight of which have been on the MLS roster. The Niagara Falls native is one of the team’s leaders both on and off the pitch – as exhibited after a recent loss.

The seventh-overall pick in the 2017 MLS SuperDraft, right back Jake Nerwinski struggled at times early in the year, but could thrive under the guidance of a new coach.

At $160,000 Marcel de Jong is an affordable and experienced player that can play left back and left midfield.

Despite losing playing time later in the season to forwards further down the depth chart, the Venezuelan striker is under contract until 2020. 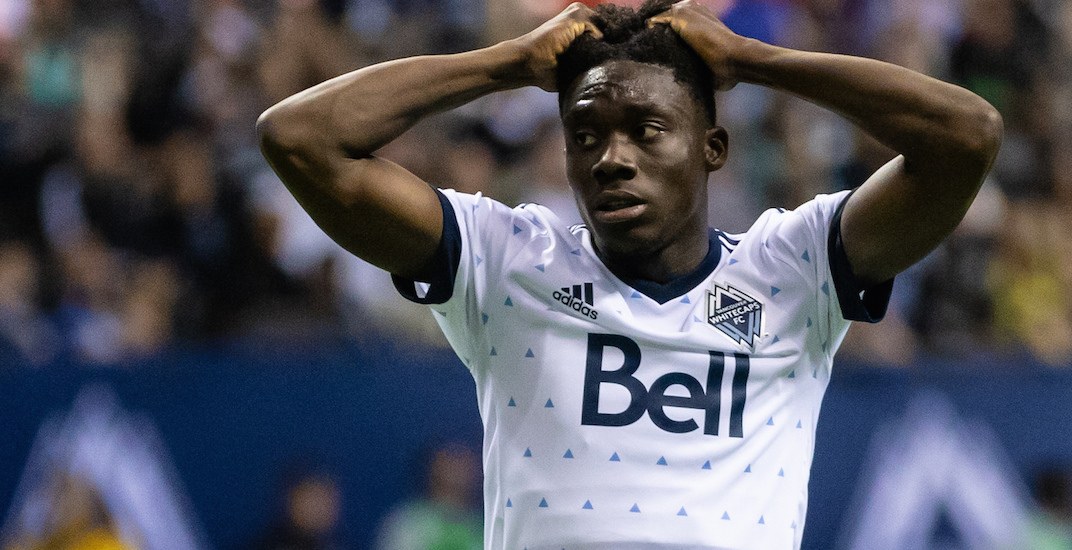 The Whitecaps’ teenage prodigy played his final match for the club against Portland. The youngster will now join the Canadian Men’s National Team for a match against St. Kitts before joining his new club Bayern Munich in November.

Kendall Waston has been the team’s captain since last season and heart of the defence for five years.

Recently, the big Costa Rican defender voiced his displeasure with the firing of Carl Robinson, and told Costa Rican journalist Yashin Quesada that he wants to leave the Whitecaps despite having a year left on his contract. Waston’s stock has never been higher after several very good MLS seasons, and scoring a goal against Switzerland at the FIFA World Cup last summer.

One of the highest-paid players on the team, Brek Shea commands a $745,000 salary and one of the Whitecaps’ Designated Player slots, but has seen his role in the team steadily decrease over time. More often than not Shea has been named to the bench, and has been used sparingly as a substitute throughout the year.

The former Mexican international joined the club last winter, but has made only 16 appearances for the Whitecaps in a season marred by red cards and controversy. Despite being the club’s third-highest paid player at $620,000, Juárez has not played or been named to the game day roster for several weeks.

A hefty cap hit and a lengthy injury could prove to be the end of José Aja’s brief career in Vancouver.

A veteran player brought in to provide cover at right back, Sean Franklin saw limited action for the Whitecaps this season and looked like a player well past his prime.

Brought in on a season-long loan from the Premier League in England, Jordon Mutch’s season was riddled with injuries. The Caps have an option to purchase Mutch, but the Englishman’s injury problems make a permanent move a risky proposition for the club.

Doneil Henry appeared to be on the verge of great things when he left Toronto FC for the Premier League in 2015, but it didn’t work out. Henry has been trying to resurrect his career here in Vancouver, but several high-profile gaffes tarnished the defender’s season.

Up in the air 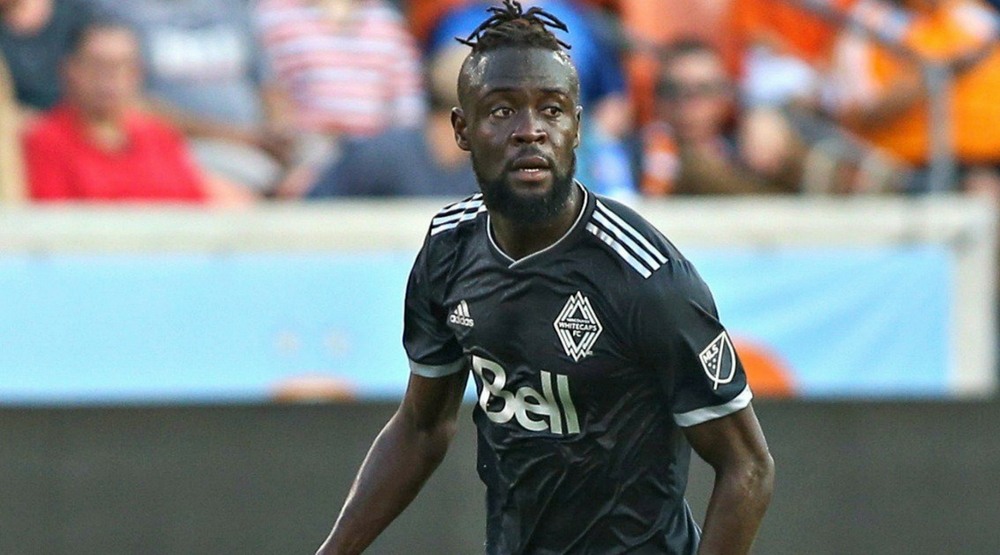 Kei Kamara scored 14 goals this season, the second-most ever by a Whitecaps player since they entered MLS in 2011 (second only to Camilo Sanvezzo, who had 22 in 2013). The $1 million salary seems like a bargain for a proven goalscorer like Kamara, but currently he does not have a deal to keep him here for 2019.

His speed and skill on the ball make Yordy Reyna a key piece to the Whitecaps’ counterattack. Frustratingly for Whitecaps fans, Reyna’s form tends to fluctuate between red hot and ice cold.

The Kiwi shot stopper took over the goalkeeping duties from David Ousted at the end of the 2017 season. Marinović missed several months of this season with a knee injury, and was part of a team that recorded one of the worst goal differentials in Major League Soccer this season.

Brilliant when he’s on form, Cristian Techera scored a hat trick in a match against the New England Revolution this season. The diminutive Uruguayan had a breakout debut season with the Caps in 2015, but has struggled to a remain a consistent threat in the team’s offence ever since.

Big and physical. Aly Ghazal adds a punch to the Whitecaps’ midfield in a defensive role.

Felipe came to Vancouver as part of the Tim Parker trade with the New York Red Bulls at the start of the season.

Once moved a more a more advanced midfield position late in the year, a revived Martins ended the season on a positive note, scoring his first goal for the Whitecaps against Sporting Kansas City on October 17th.

The Uruguayan provides solid depth to the Whitecaps’ attack and is good value for money at a mere $130,000 salary.

The speedy striker from Beaverton, Oregon has never been able to nail down a long-term starting role with the Caps, but has knack for scoring big goals when his team needs a boost.

The Saskatoon native looks as though he’s on the verge of becoming the starting left back for the Whitecaps, having taken over the role from Marcel de Jong in the latter stages of the 2018 season.