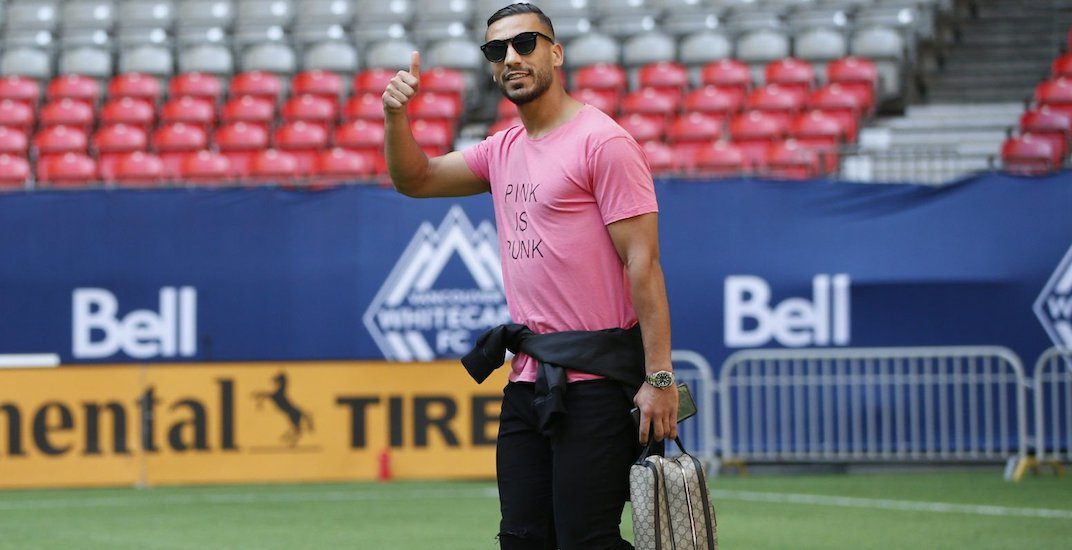 Ali Adnan is here to stay.

The Vancouver Whitecaps delivered the much anticipated good news about their star left back on Friday.

Whitecaps fans had been having their very own #KawhiWatch this week, as the 25-year-old Iraqi international’s loan expired on June 30. Adnan was spotted by reporters at practice this week, seen riding a bike while his teammates participated in drills.

Adnan, who was previously on a loan from Italian Serie A club Udinese Calcio, has been acquired in a multimillion-dollar transaction, setting an MLS transfer record for the fullback position.

For everyone asking me when the Whitecaps are going to spend the Davies’ money, they’ve now spent ~$3.8m, of the ~$13m they’ve received so far, on the Inbeom and Ali transfers.#VWFC #WhitecapsFC #MLS

The star defender has agreed to a new Designated Player contract, keeping him in Vancouver through 2021 with an option for 2022.

“Ali has been a great addition to our club since arriving in March,” said Whitecaps FC head coach Marc Dos Santos in a media release. “He understands our defensive principles and has an incredible ability to join the attack, create in the last third, which is very important for teams that want to have an impact offensively using their fullbacks.”

“From my first day at this club, I feel like I’m at home. It’s not easy to find a club like this,” said Adnan. “I am very thankful to the club’s ownership, coaches, staff, and my teammates. The fans and city of Vancouver have been extremely welcoming and supportive. I look forward to representing everyone at the club to the best of my ability.”

In a separate transaction, the team utilized discretionary Targeted Allocation Money on Joaquín Ardaiz, resulting in the striker no longer occupying a Designated Player roster slot.

Adnan has started all 16 matches for the Whitecaps making his debut on March 30. The 6-foot-1 fullback has recorded one goal, two assists, and leads the team in duels won, aerials won, completed dribbles, and passes played into the opponent’s box.

“This has been a thorough process, and I give a lot of credit to our ownership and to our staff for their hard work and diligence throughout,” explained Dos Santos. “Ali has thoroughly enjoyed his time here and has received tremendous support from our fans. We are very pleased that Ali is committed to Vancouver and our club.”

The Baghdad-native has spent over three seasons in the Italian Serie A with Udinese, including a loan stint with Atalanta BC, collecting 49 starts in 68 appearances.

Adnan has scored four goals in 49 appearances with the Iraq senior national team, most recently starring at the 2019 AFC Asian Cup in January.