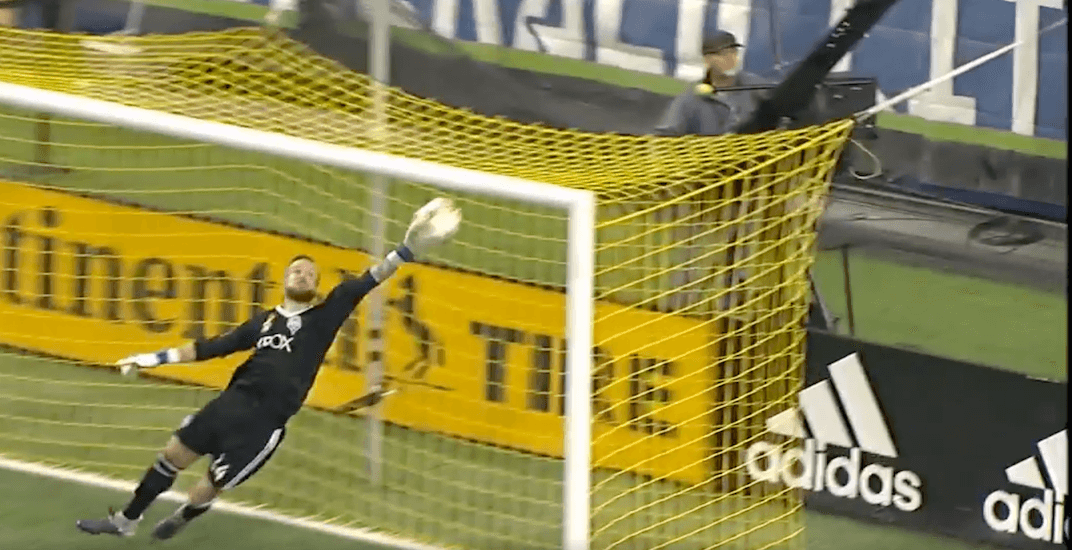 All the warm and fuzzy feelings generated by the seven-match unbeaten streak that the Vancouver Whitecaps earned over the last six weeks came to a screeching halt on Wednesday night as the Seattle Sounders slapped the ‘Caps by a score of 3-0.

Carl Robinson and his troops had a night full of sub-optimal performances, avoidable mistakes, and lack of discipline. It was a quick and easy recipe for disaster.

That said, things could have gone very different for the Whitecaps had it not been for Stephan Frei’s ridiculous save on Fredy Montero’s free kick as the Whitecaps were trying to get an equalizer late in the first half.

Going into halftime with a 1-1 scoreline would have given the Blue and White a completely different outlook and perhaps something could have been salvaged from the game. However, that was not the case and the match got out of hand quickly in the second half.

The Blue and White needed a win to keep their chances of lifting the Cascadia Cup alive. This emphatic loss automatically eliminates Vancouver from contention. They will fail to defend the trophy and lift it for a seventh time.

Carl Robinson made several changes to his starting eleven. One of them was the return of Sheanon Williams to the lineup to patrol the right side of the defensive line. After missing some time with the team due off-the-field issues, rookie Jake Nerwinski took hold of his place with electric play. As a result, Williams has not seen much of the pitch since his return to the team.

In his first appearance in a while, the Boston native had a nightmare match. Williams was often caught badly positioned, he was beaten by Seattle’s wide players numerous times, and he crowned his less than stellar return with an unnecessary yellow card.

Barring any injuries, it is hard to believe that we will see much of Williams in the final stretch of the regular season.

If Williams doesn't play another minute for the Whitecaps, I'm fine with that.

It was pretty bad

However, singling out one player seems unfair. The reality is that the team as a whole had a bad outing. Other lineup newcomers Bernie Ibini, Christian Bolaños, and Russell Teibert did not have a positive impact. Other players who have been performing admirably to this point (Tony Tchani, Jordan Harvey, and even Yordy Reyna) were not up to the standard we are used to seeing them display and that has yielded great results for Vancouver over the last six weeks.

Robinson: "My mind is clear now, because I would like to have a settled team going into the last couple games. I got a few answers." #VWFC

Still Best in the West?

The match against Seattle was one of the multiple games in hand for the Blue and White so, despite the loss, the ‘Caps miraculously and precariously remain at the top of the Western Conference. 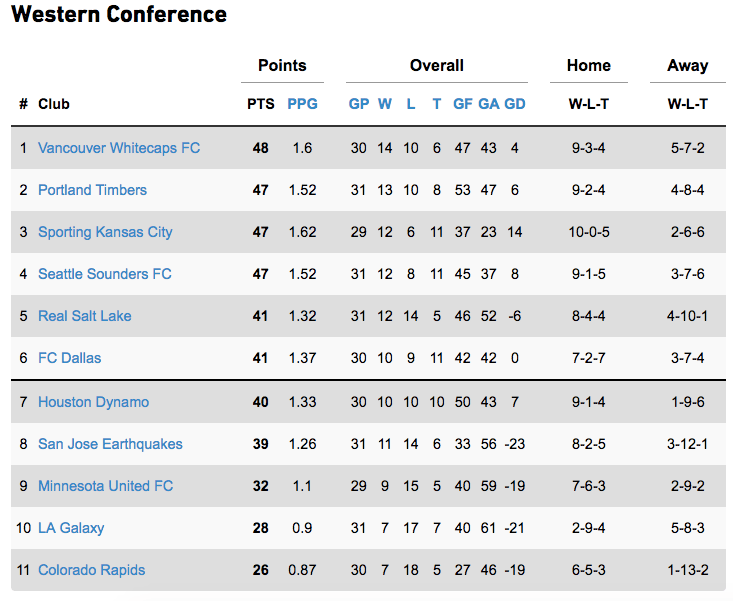 Having said that, there is only one point separating first from fourth in an extremely tight Western Conference. Not to mention that with an unkind fixture schedule that will take the Whitecaps to visit Kansas City, New York, and Portland, it is only a matter of time before the Blue and White are knocked off the top pedestal.

The ‘Caps will not have a lot of time to lick their wounds as they travel to Kansas City to visit the Blue Hell on Saturday afternoon. The match will have direct and meaningful repercussions on how the Western Conference will shape up in the final days of the regular season.