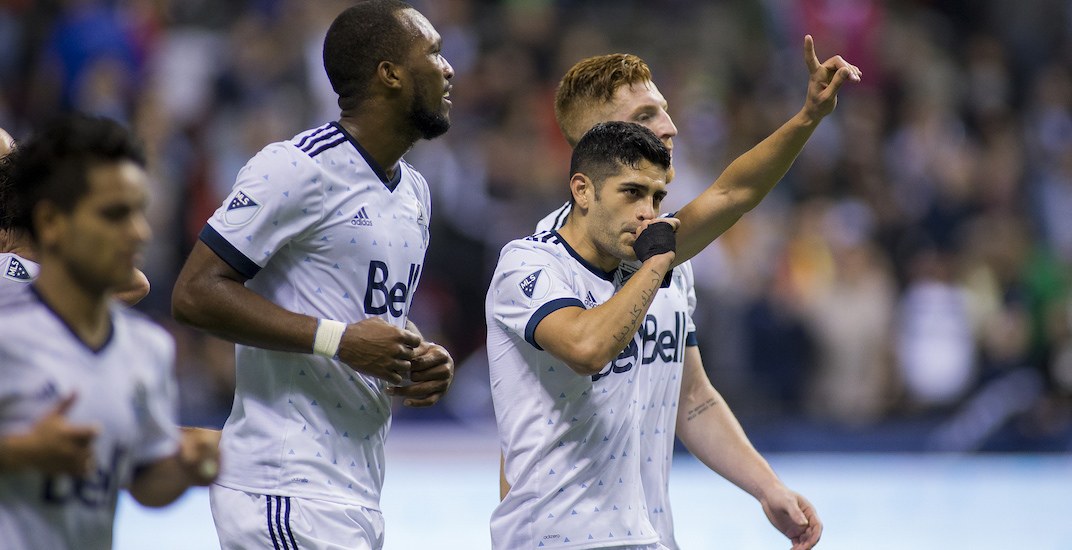 There aren’t many players more important to the success of the Vancouver Whitecaps than Matias Laba. The dependable, consistent defensive midfielder has been a rock for the ‘Caps ever since he came to Vancouver in 2014.

He’s started in 19 of the Whitecaps’ 22 MLS matches this season, plus all four CONCACAF Champions League contests. With 113 MLS regular season appearances with Whitecaps FC, he ranks fourth all-time in franchise history.

That’s why news of the extent of his injury on Tuesday was devastating to the club.

Laba will miss the rest of the season with an ACL tear in his right knee, that will require surgery. He’ll make a full recovery, but not until next spring.

The 25-year-old Argentine hurt his knee during the first half of last Saturday’s away match against the New England Revolution.

“Mati is an important member of the club and we wish him a speedy recovery,” said head coach Carl Robinson in a media release. “Our priority now is to support Mati and help him get back on the field as soon as possible. It’s a big loss for us, but we have confidence in our group as we enter the final third of the season.”

All this is occurring as rumours of a potential transfer to Argentinian club Racing are swirling.

Laba penned a letter to fans, sharing it on his personal Twitter account Tuesday evening. In it, he confirms the interest that Racing has shown in him.

I want to share with you that due to an injury that I suffered during the last game with Vancouver Whitecaps FC, I will have to go through physical therapy and won’t be able to continue playing until the end of this season.

I want to thank Racing management and staff for showing interest in me.

I am now fully focused in my recovery and hoping I can join my team Vancouver Whitecaps FC really soon.

Thanks for all your love and support.

The report out of Argentina about Racing’s interest in Laba confirmed their desire for a transfer despite what was referred to as a ‘minor’ injury. Clearly the injury isn’t minor, and Laba’s letter doesn’t make it seem like he’s prepared for an immediate transfer.

So did the injury nix a deal? It may have.

Still, if Laba has a desire to return home, that’s something he’ll be able to do as a free agent this MLS offseason.

With that, the fan favourite may have already played his last match in blue and white.